I'm assembling my first one-speed roadbike and would love your input. Right now i ordered the wrong size bottom bracket judging by the very large distance to the arms

I'm ordering a smaller square taper length. However, no matter the length it seems like the inside is very vulnerable to dust, water and everything. Am I missing a cover or something?

It looks like one round of filth will destroy the current setup. 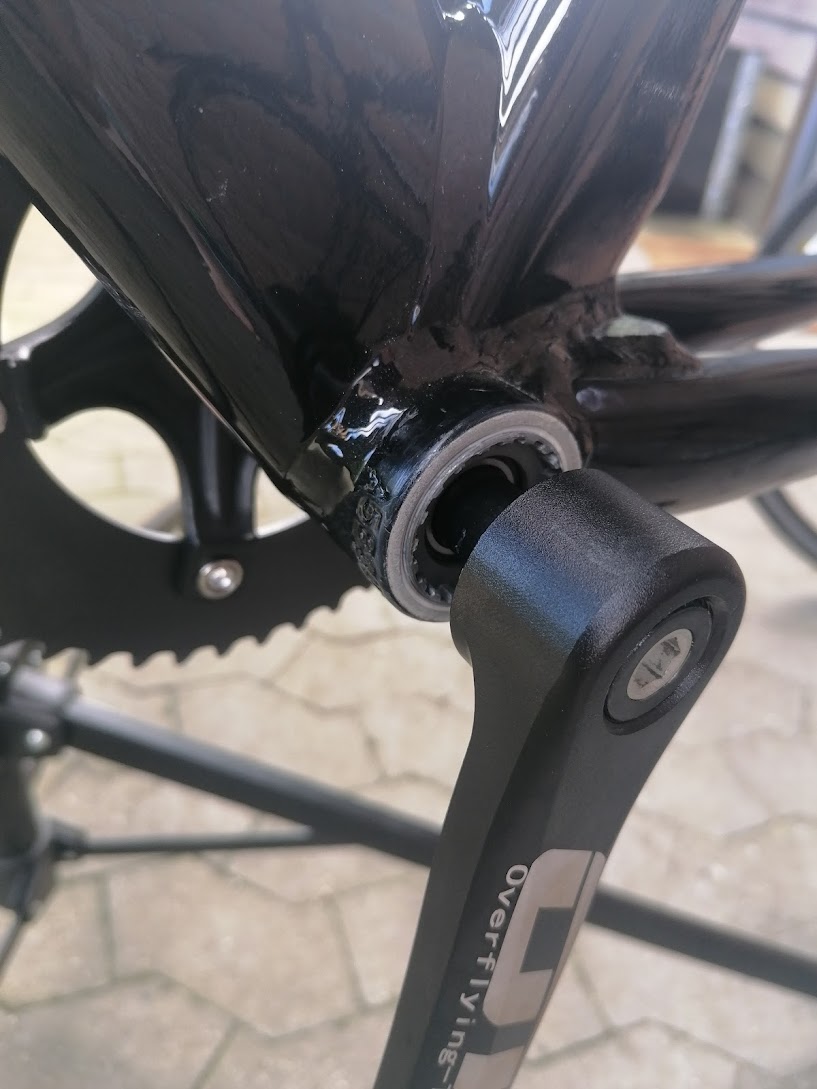 The main cartridge itself contains sufficient sealing to prevent bearing damage. If the bottom bracket has the lockring too, then no, you're not missing anything. (Look at whether both sides contain the circular teeth that are visible in the picture of this side -- if so, then you have the lockring too as the main cartridge contains these circular teeth only on one side.)

If you have a non-Shimano el-cheapo bottom bracket then it of course is possible that the main cartridge does not contain very good seals. I once had a non-Shimano el-cheapo bottom bracket and it only lasted about 3000 km. The subsequent Shimano unit that was the replacement lasted at least about 10000 km and when the bike was retired for broken cantilever post on the fork (and replacing the fork wasn't easy because it was a cheap threaded suspension fork and I really wanted to have a frame with a threadless rigid fork instead), the Shimano unit still worked flawlessly.

Note the crank bolt covers / dust caps are not useless. After installation, the crank squirms towards the bottom bracket on the taper, removing some of the preload of the bolt. If the bolt was originally not tight enough, it may lose nearly all its preload, and subsequently vibration can cause the bolt to loosen. Then you lose the bolt on the road. After this, the crank may squirm back on the taper, destroying the aluminum crank in the process so that tightening it will never retain it well enough. The crank bolt cover / dust cap prevents you from losing the all-important crank bolt on the road. I suppose some thread glue like Loctite might do the same job.

It looks scary indeed, but that is normal for the non-drive side of a tapered crank to look like that, i.e. with a large gap between the frame and the crank.

If you really want to be sure, measure the Q-factor (distance from the middle plane of the frame to the pedal holes) and compare it with some known typical values for similar bikes.