Why are IGH minimum gears expressed as ratios not contigent on wheel size?

I've wondered about this before, but I'm doing a Brompton Rohloff conversion for someone and the moment has finally arrived where it's not just a theoretical issue:

Shimano and Rohloff both recommend gearing selection based on minimum chainring to rear cog ratios. In Rohloff's case, they explicitly state this is to prevent "overstraining the hub" at the low end, and there is no maximum ratio. If the goal is to limit the torque going through the hub internals, how does it make any sense to specify a wheel-size-independent tooth count ratio?

It would seem like wheel radius is a simple factor on all the loads that all the internal parts will experience. Is there some subtlety going on with the design considerations of an IGH that makes that not true? Other than some people having a hard time knowing what to do with them, what bad thing would happen if they issued these limitations in terms of a gear inch or meters development number? 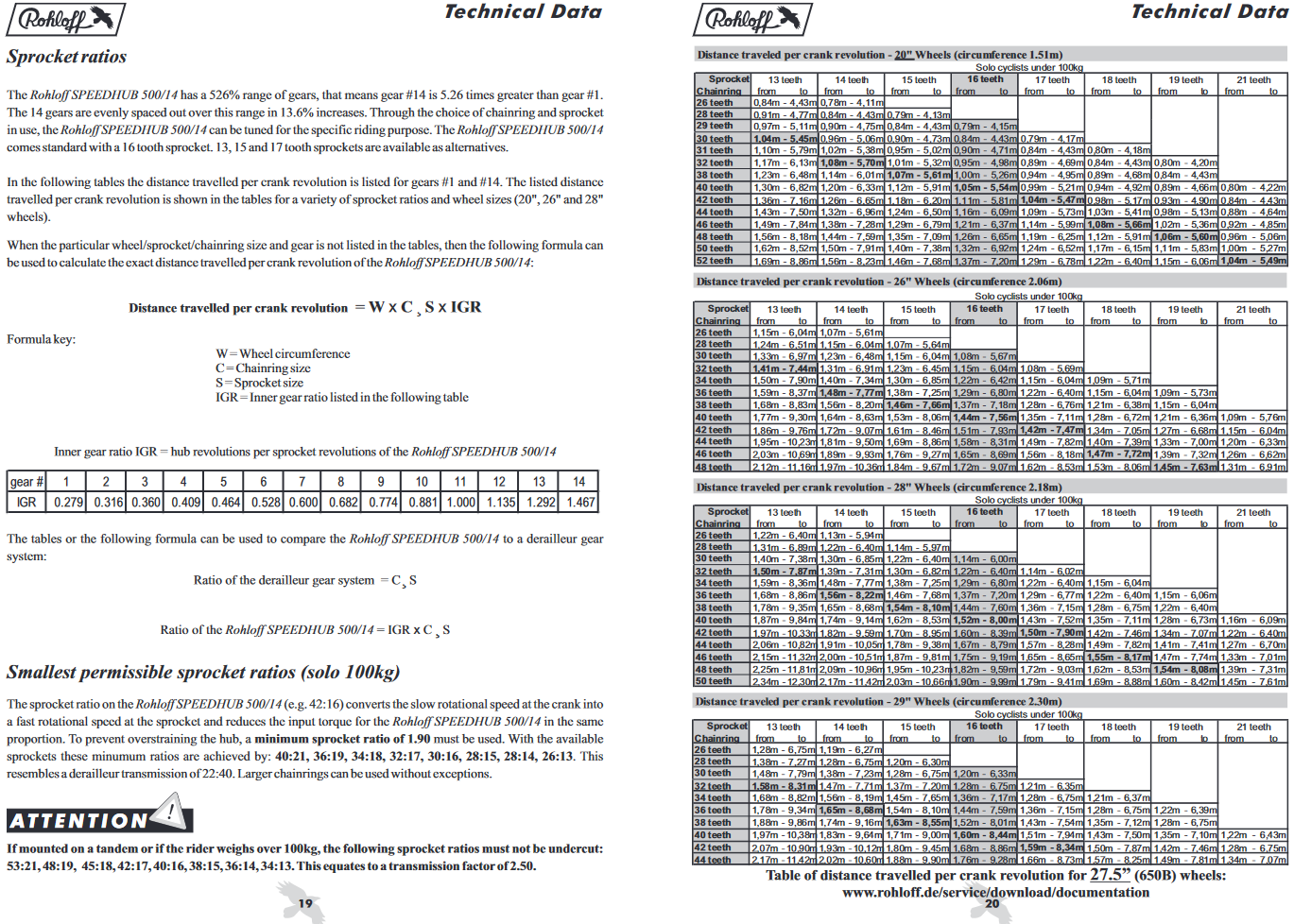 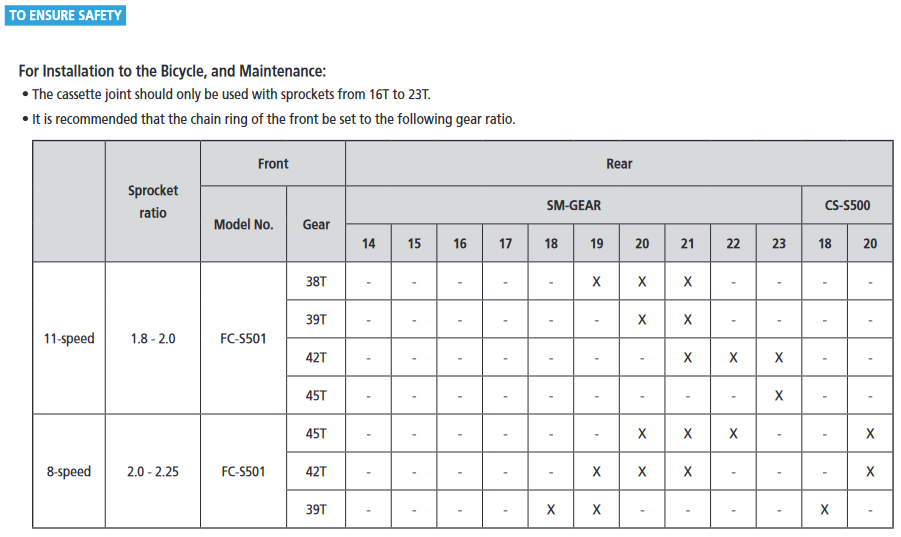 What you as a cyclist see is force. What the hub sees is torque. The hub can only withstand a certain amount of torque. For example, for Rohloff they assume the torque at hub never exceeds 130 Nm. However, with 1:2 sprocket to chainring ratio a 110kg cyclist using clipless pedals (thus pulling up from the rear pedal at 25 kg) and pulling up on the handlebars at 20 kg when sprinting would easily create 300 Nm at the 170mm cranks and thus 150 Nm at the hub.

The most hard time a hub is having is on a large wheel bicycle. A small wheel bicycle typically puts smaller torque on the hub due to the different sprocket to chainring size ratio. Bicycle wheel sizes go up to about 27.5" fatbike, you won't see larger wheels anywhere else except perhaps penny farthings that don't use geared hubs. 27.5" fatbike is not that much different from for example 28" (622mm bead seat) city bike or road bike. However, children's bikes and specialty folding bikes use very small wheels.

Also note that the torque at the hub is only dependent on rider weight, rider strength, riding style, crank length and sprocket to chainring ratio. Wheel size does not matter. So for example with the same 1:2 sprocket to chainring ratio the strong sprinter could sprint on a Brompton for example. It would then create too 150 Nm at the hub if the sprinter can use the Brompton handlebars as efficiently as drop bars. The gearing would be very low so to provide any "resistance" to pedaling the 150 Nm could most reasonably be achieved when sprinting on a steep uphill. On a flatland, achieving the 150 Nm at the hub might not be possible because the bicycle would accelerate so hard below the cyclist that the cyclist can't maintain the maximum force on the pedals.

The lower the gear, the more torque the hub sees. Thus, it's not high gears that the rule is trying to prevent you from using. It's low gears.

The bicycle is being propelled from the drivetrain, not from the rim.

Assume the worst case scenario: the wheel is frozen in place and the rider is pushing on the pedals. The chain tension force here is independent of wheel size. The torque the hub internals see is a function only of chain tension force and sprocket radius.

If it was instead the wheel applying torque to the hub, then yes, the wheel size would be important; the same force at the rim generates different torques depending on the wheel’s radius.

Not the answer you're looking for? Browse other questions tagged gears internally-geared-hub conversion brompton rohloff or ask your own question.

60
What are the pros and cons of internal gears?
14
Why not have the gears inside the bottom bracket?
0
My Gears Are not Shifting Well
5
Shimano Nexus 7 speed IGH, high gears tight shift
10
Why haven't Shimano or SRAM internal hubs had as many gears (or as much range) as Rohloff?
7
Have they ever made a bicycle with in-hub gears both at the crank and wheel?
1
Back gears are jumping
1
Are all gear ratios created equal?
13
Why are bicycle gear ratios computed as front/rear and not the opposite?
6
Why some IGH have off-center flanges?