I recently crashed my road bike in the city on some tram tracks, a terrible experience and don't recommend. I came off the bike and the bike itself landed on its right hand side and sustained damage on the handlebars, shifter, pedal & rear mech. The rear mech hangar was bent, I had one spare so I put that on and redid the cable and tried to set it back up. I was having trouble getting the damaged mech to work for all gear ranges, the top jockey wheel was hitting the chainstay unless turned all the way in, previously it was about halfway out. At this point I called the rear mech toast and ordered a new one.

The new mech fitted fine and soon I had the bike setup and riding again. Today I went to do a turbo session and take the back wheel off. I was unable to get the cassette past the top jockey wheel and no amount of adjustment to the mech could get it off. This does sound noobish but I've removed the rear wheel hundreds of times and know to put the bike in the biggest gear, remove the thru axle, push down on the rear mech and the wheel will just fall out. This is not the case and the rear mech looks really tilted far forward. The b-limit screw is almost all the way in just to stop the top jockey wheel from rubbing on the frame.

I've taken some pictures of the rear mech, I'm wondering if i've somehow caused damage to the frame. It is carbon so its game over if I have, will be taking it to a shop but kind of want to know beforehand if its just me being an idiot or a bigger problem with the bike. 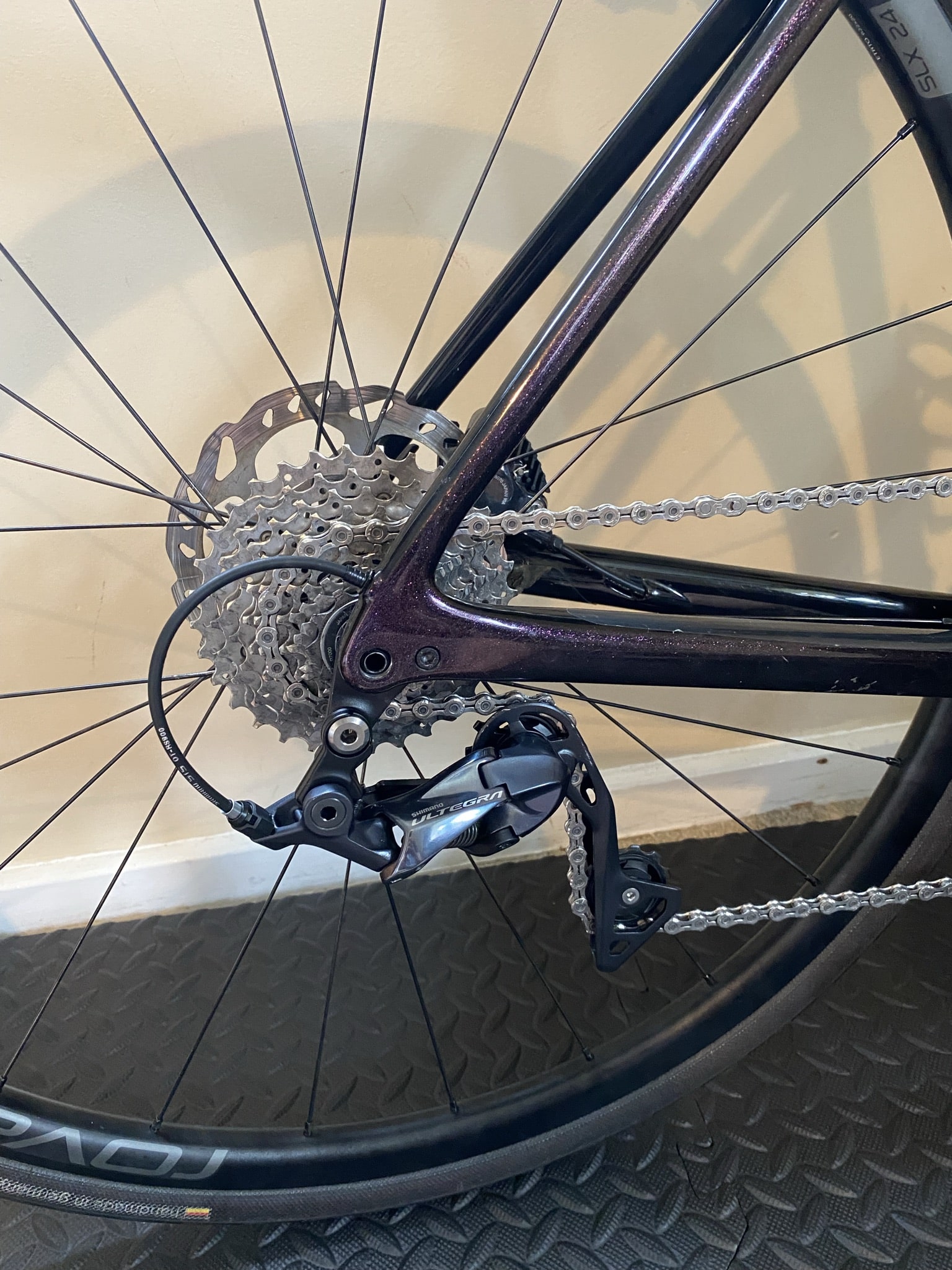 The big dog again, the spring is visibly under tension when before it wasn't 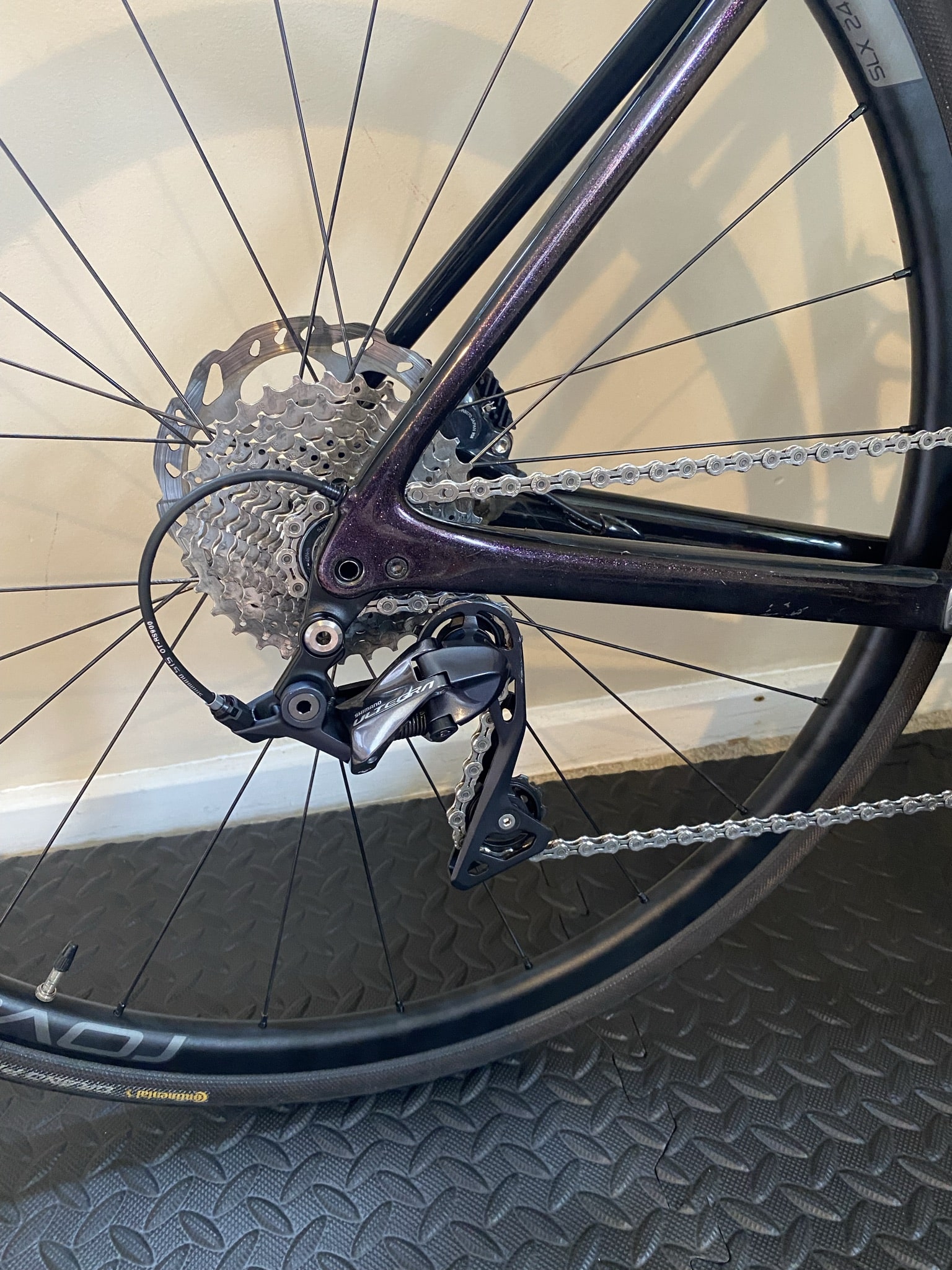 The b-limit screw is turned all the way in and it has about 5mm of travel before the jockey wheel hits the frame. Is something wrong here?

Edit: the part I replaced the mech with is exactly the same, same with the rear hangar. I've added a side by side to show this 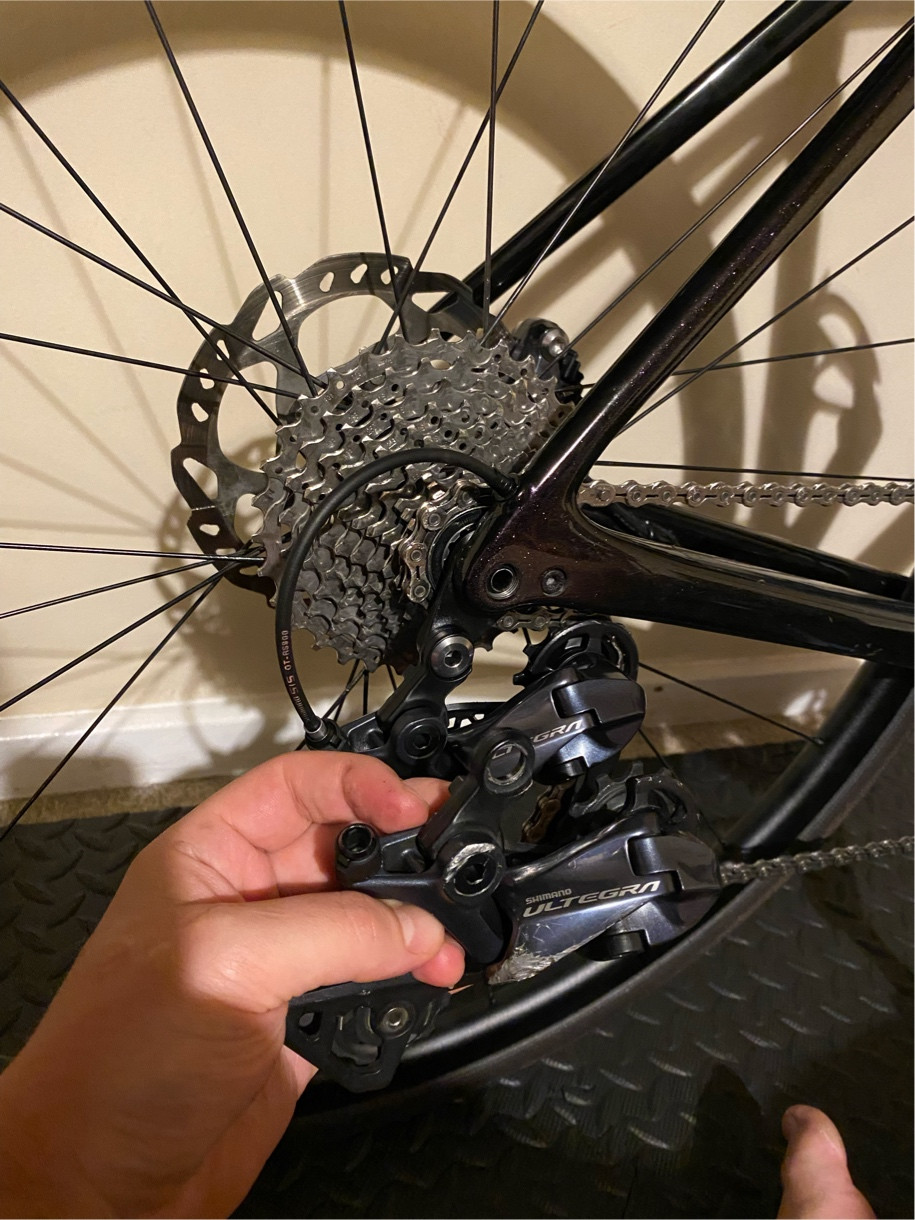 The bike is a Specialized Roubaix Comp 2018

Using https://specializedconceptstore.co.uk/content/products/2018-roubaix-comp_12182.jpg a zoom of the mech shows that the angle of the mech is wrong. Since that is not a sprung joint like the darker bolt nearest the cable entry, then there will be teeth on the rear holding whatever angle you set. Back off the middle 10mm bolt, reposition the mech, and tighten.

The angle/arc of the cable housing will be a good guide for relative positioning. Yours is almost a full 180 degree turn, whereas stock it was just over a 90 degree. 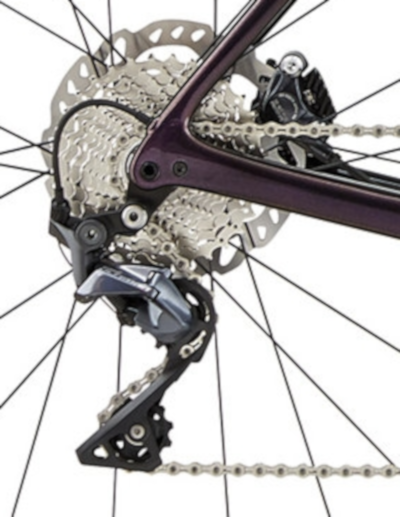 Not the answer you're looking for? Browse other questions tagged derailleur-rear mechanical or ask your own question.