Why do I constantly have to re-index gears?

What I'm experiencing is a constant need to re-index rear gears. After service at the local bike shop, the shifting is perfect. However, after about 100 km, I get a noise as if I'm in between gears. Good news is that gears never jump, so the issue is really just with noise in the drivetrain. Noise disappears when re-indexing but comes back again after a few rides.

What is the most likely cause for this? Would a worn cable (they've never been replaced) cause this issue or is it got to do with derailleur?

UPDATE: Looks like the cable was badly damaged at the shifter end. This was most likely the cause. 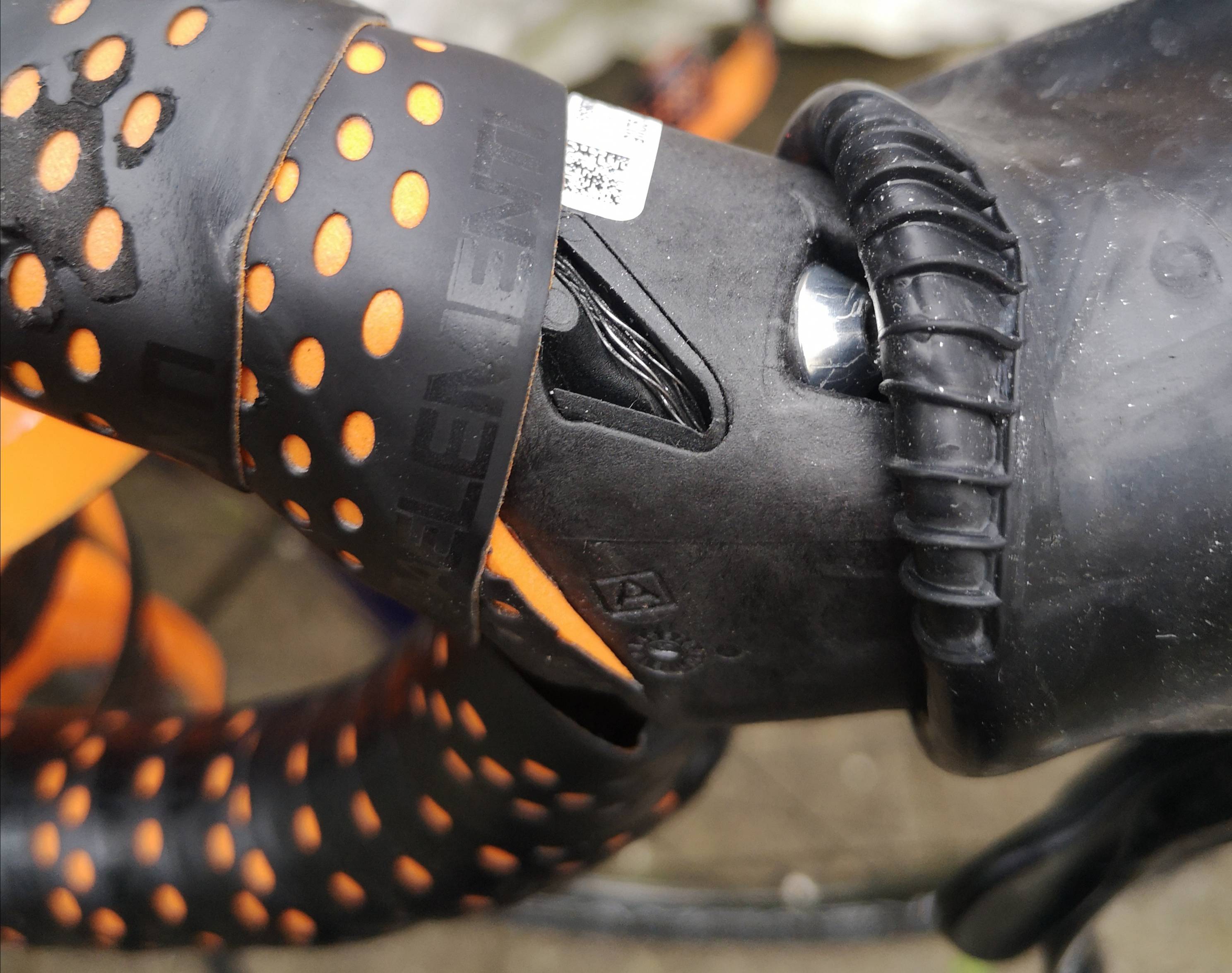 The most likely causes are cable friction and derailleur hanger misalignment. Indexing adjustment has gotten more sensitive to both as the speed count has increased.

Derailleur hanger misalignment will tend to reduce the margin for error in the adjustment, and make it hard to avoid certain gears where there's some jumping or noise. When it's aligned, the rear derailleur adjustment might have a range of about one full turn of the barrel adjuster where it will work even if the shifting is more laggy in one direction than the other. Some misalignment might make it so there's only one quarter-turn "notch" position where it works, which in turn means any small acquired slack etc in the cable will require readjustment.

A lot of road bikes, including expensive ones, now have bad cable routing that makes it difficult to avoid high friction spots. Cable friction also contributes to situations where you can barely find an adjustment where shifting works in both directions, which then makes it slip out of adustment that much easier.

At 30,000km and with regular service I assume the shop has done some kind of replacing of cables and housings already. (Edit: I see you say it's still on the original cables. If that's true then yes you need to just replace them, but they wouldn't usually last that long at the best of times so I'm not so sure.) Sometimes what can happen on bikes with routing friction issues, particularly on modern road bikes with all sorts of internal routing schemes, is that new cables and housings (particularly coated cables) are enough to temporarily overcome friction being caused by some aspect of the cable setup or routing, but it doesn't last. Sometimes it's necessary to go off-script with the routing setup in situations like that.

A final thing to double check: if the housings aren't properly seated in the levers under the tape, it can be an invisible problem that makes it impossible for an adjustment to hold, as the effective length of that piece of housing is unstable.

You can check and see if it's friction by disconnecting the cable anchor and simply pulling on the cable gently where it approaches the anchor as you work the shifter. It should be very low-resistance.

Your shift cables need to be replaced, like NOW. This is a very possible symptom of deteriorating cables (as in, starting to fray and eventually snap), which makes sense considering 10 and 11s brifters have a reputation for eating shift cables. Juhist has a good answer explaining the mechanism and reasoning.

30Mm is a lot of riding and the cables are well past their service life if they haven’t been changed ever. New cables + housing + lubrication will also make your shifting feel crisper and operate with lower effort. You might as well do your brake cabling while you’re at it too.

I'm surprised your cable has lasted that long. I get about 5000km out of a rear inner in 3x9 in an area with plenty of steep but low hills. Changing the inner would be a good idea at the very least.

But if the bike shop is servicing the bike regularly they should have already changed the cables, or at least suggested it.

At the very least note which way you turn the barrel adjuster on reindexing, to see if the inner is getting longer. Also mark the adjuster to be sure it's not self-misaligning (the ones on my downtube creep, until I can't access my lowest gears)

Not the answer you're looking for? Browse other questions tagged gears derailleur cable adjustment or ask your own question.

4
Shifter cable ruptured near the inner end in ST-R7020 - usual defect?
6
How much can bike shift cables spool, and over what radius?
2
Shimano RD-R7000 cable cut into thread?