I recently bought this old road bike to fix up, but I haven't been able to identify it, as the brand stickers are partly scratched out. 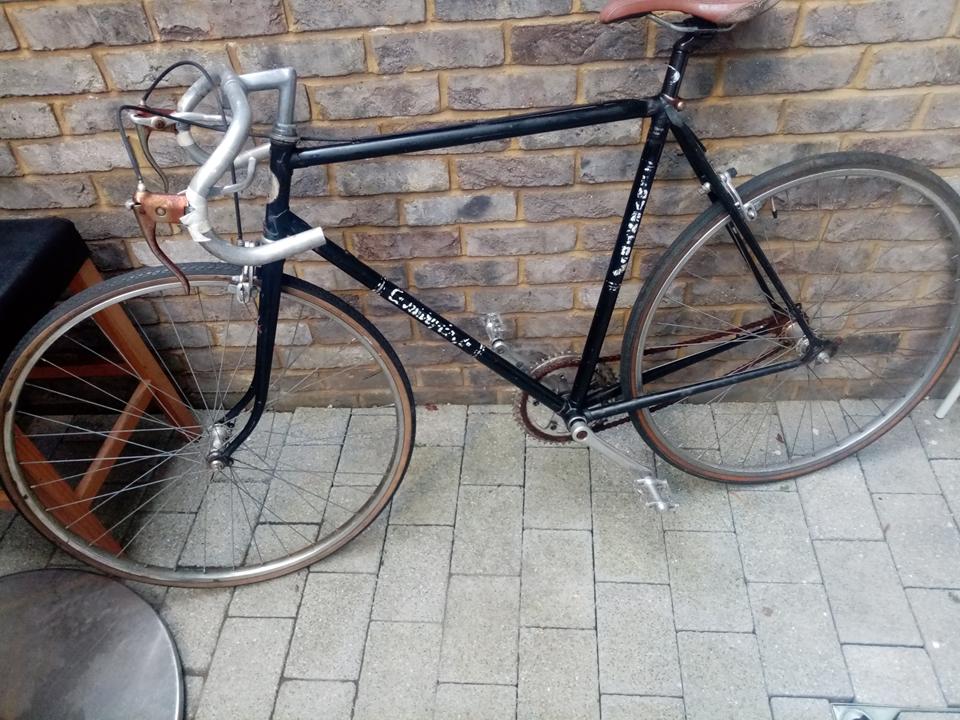 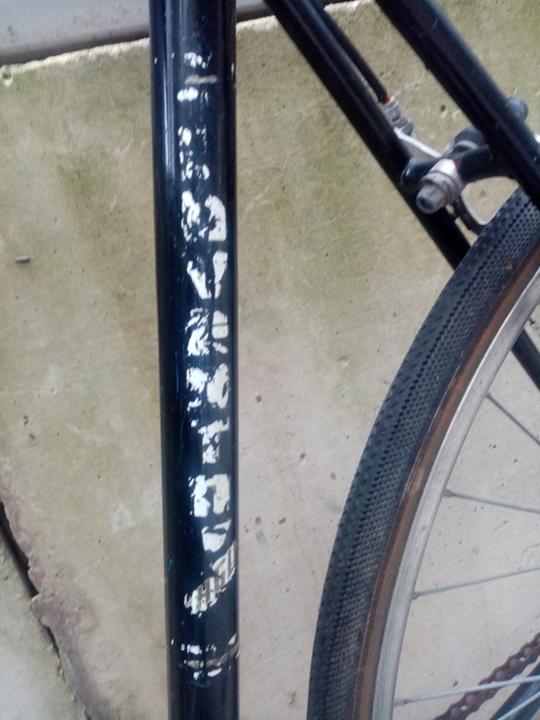 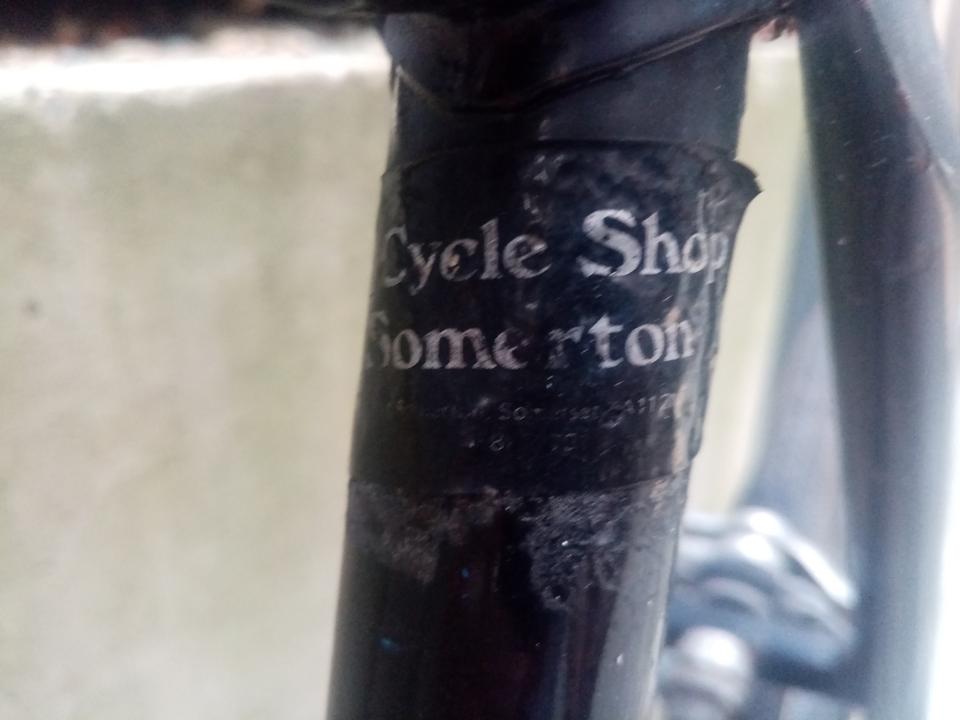 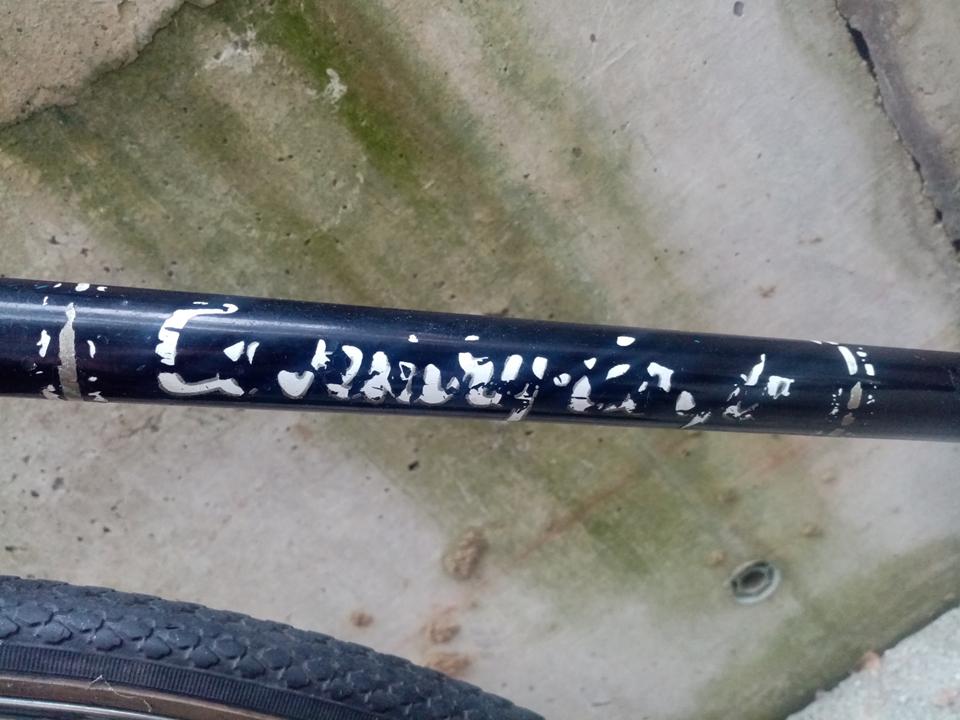 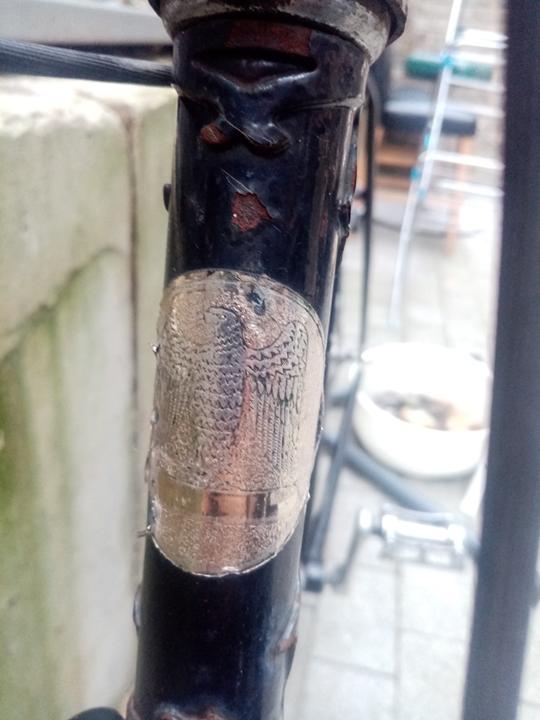 Thanks to Criggie's sharp eyes spotting the word "Coventry" 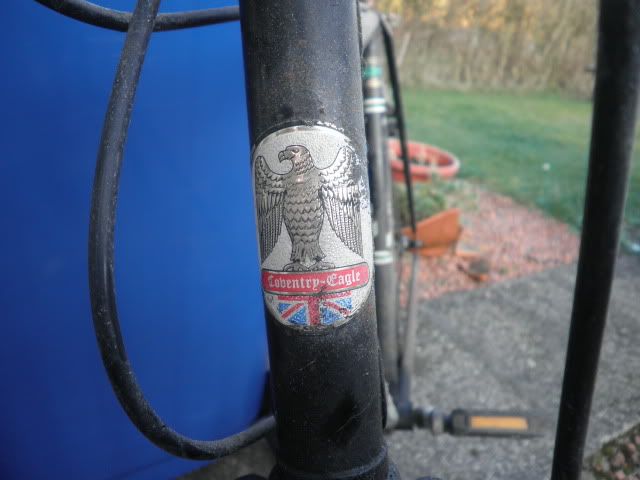 The decals on the bike look similar but the lug work looks different. 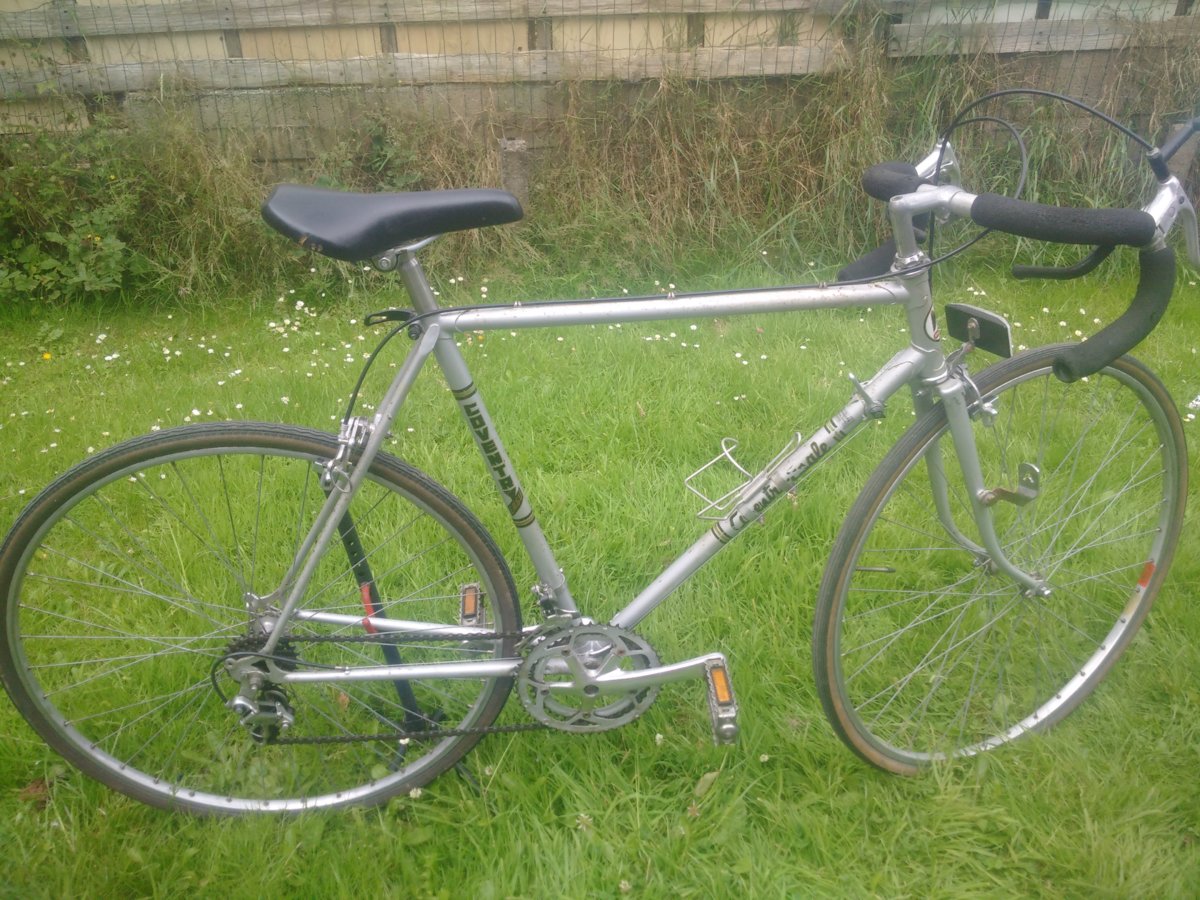 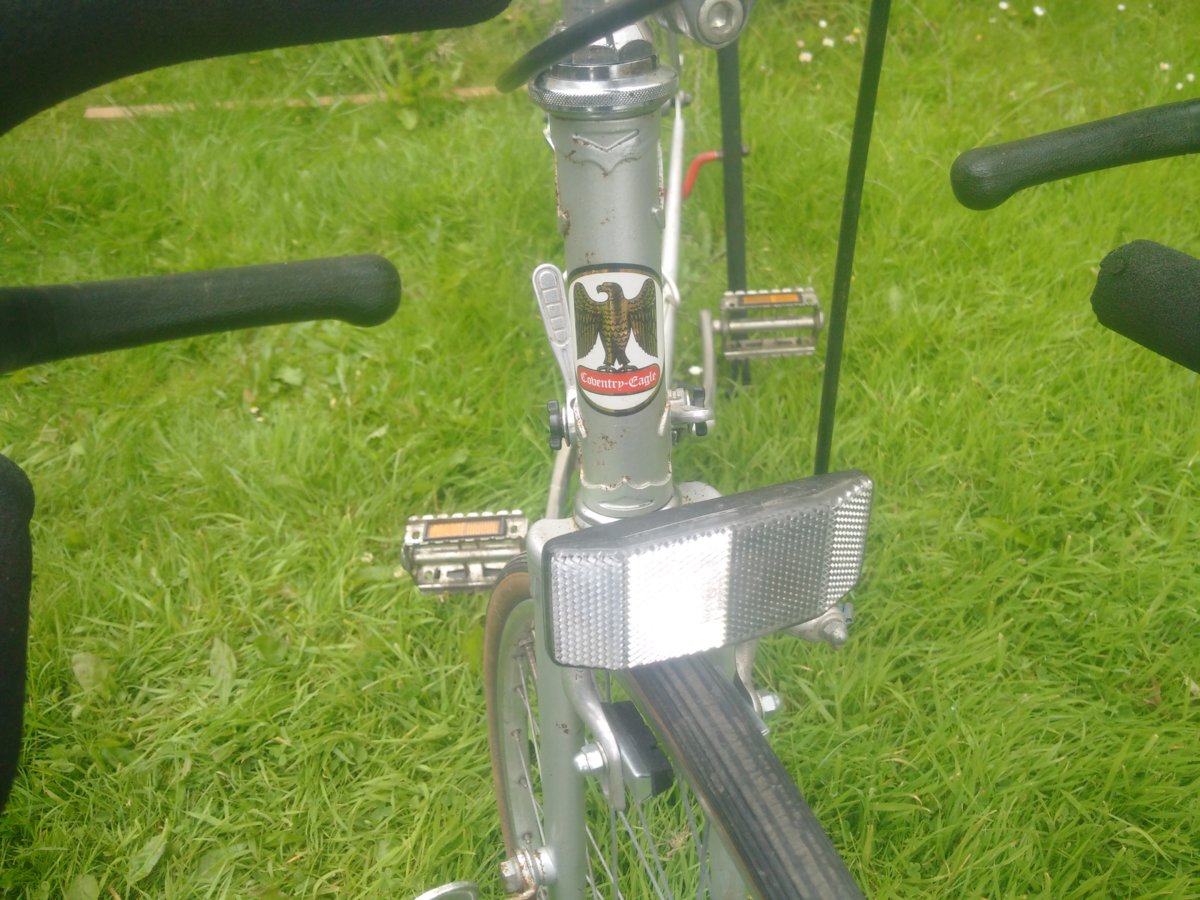 I see "Coventry" in the scratched out decals.

The head tube badge appears to be an eagle, which is often associated with Germany and similar areas.

"Cycle Shop Somerton" is probably a bike shop in Somerton, of which there are many, in the UK, US, and Australia according to Wikipedia. https://en.wikipedia.org/wiki/Somerton#Places A search doesn't find them still trading sadly

The photos show an `80s road bike, mostly based on the angle of the head tube and the rake of the fork.

It was probably equipped with a derailleur originally and has a bodge single-speed conversion. The larger chainring is still clearly visible.

All in all it could be a loverly bike again, just needs some cleanup and maintenance, and perhaps a new chain. Some new bar tape would make it look a lot less janky, and the brake inner/outer cables might need a refresh for safety. I can also see what look like rust spots on the rims - which will eat brake pads quickly (or maybe its just dirt/leaves)

Some derusting of the brake levers would help the appearance too. Depends how bad the chrome is damaged, you might use a rust converter and then sand and paint, or you might sandblast to remove the lot. All depends if you want it to look good or merely function.

The badge picture seems to show some (lost in time) engravings on the horizontal band. Try to look/take pictures with different light, to try to read some word or at least letters.

In the meanwhile, you may try your luck in one of the biggest digital collections of headbadges that I know of:

Or ask at the library if by any chance they have this book (same author as flickr page here above):

6
Strange logo on the frame
3
Does anyone know what kind of bike this is?
4
I bought a used 20 inch bmx bike from bike shop but no one has any idea of the brand
3
Can anyone identify this bike?
9
Can someone help identify my vintage bike frame?
4
Please identify this vintage bike - peculiar frame
3
Vintage bike - help with chainring replacement
5
Help me identify this Vintage Ganna (Italian) early 90s Bike