I have a Traveller 3. What year and where was it built? [closed]

Ask Question
Asked 4 months ago
Active 4 months ago
Viewed 86 times
0
Closed. This question needs details or clarity. It is not currently accepting answers.

Assuming it's a Schwinn Traveler III

According to bikehistory.com Schwinn used that name from 1978 to 1979
The catalog name is "Schwinn-Approved Traveler III" 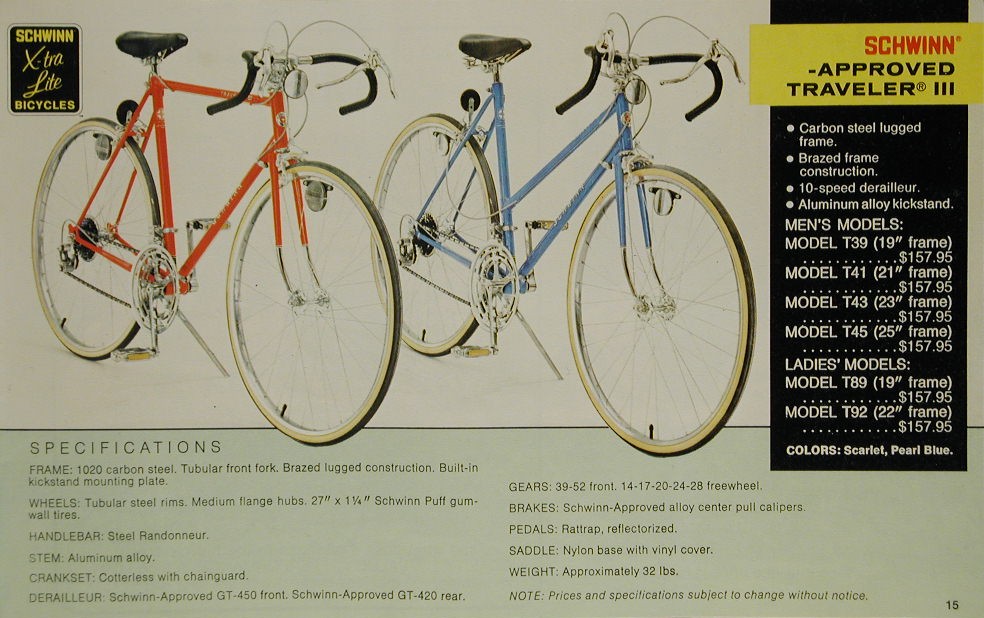 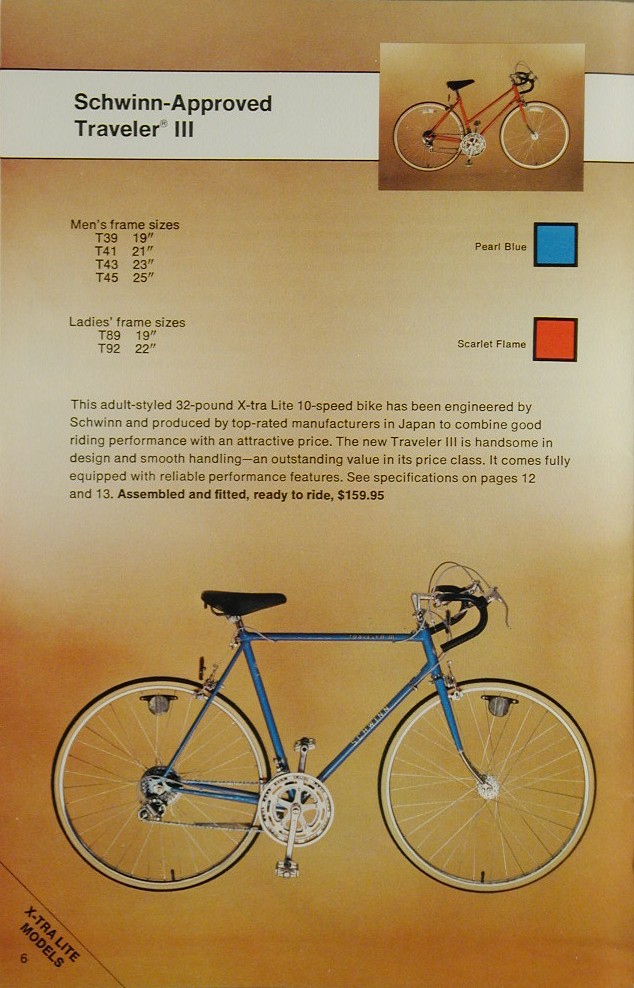 This adult-styled 32-pound X-tra Lite 10-speed bike has been engineered by Schwinn and produced by top-rated manufacturers in Japan to combine good riding performance with an attractive price
Bikehistory.org

According to Sheldon Brown

Sometime in the 1970's, the Schwinn Chicago factory was organized by the United Auto Workers union, who felt that bicycle factory workers should be paid on the same scale as automotive workers. Unfortunately, the realities of the marketplace didn't agree, and Schwinn closed the factory, transferring most production to Japan (Panasonic) and Taiwan (Giant). Schwinn also built a factory in Greenville, Mississippi, but it didn't last, and even bought a factory in Hungary, but the deal fell through, and Schwinn never imported any Hungarian bikes to the U.S.

Schwinn went back to "Schwinn Traveler" in 1980

Not the answer you're looking for? Browse other questions tagged identify-this-bike vintage schwinn or ask your own question.

15
What is the purpose of a serial number?

2
Serial number & Head badge issues
3
Identify this frame year and build
0
What kind of bike do I have, "manufacturer/model"
1
Need to know what bike I have the serial # is LP9 0246 badge # is 0589
0
I have a Monterey Marie with the serial number k70 38 319, can anybody help identify the year this was manufactured? By