Safe to ride racing bike with dent in frame? (with images)

Through some relatives I got a Cannondale R700 2.8 bike for free, but it has a dent in the frame, and I heard from some people that it could be serious issue. So my question is, is it safe to ride this bike or how can I tell so, if it's not possible to tell from pictures? What are the risks of using this bike? 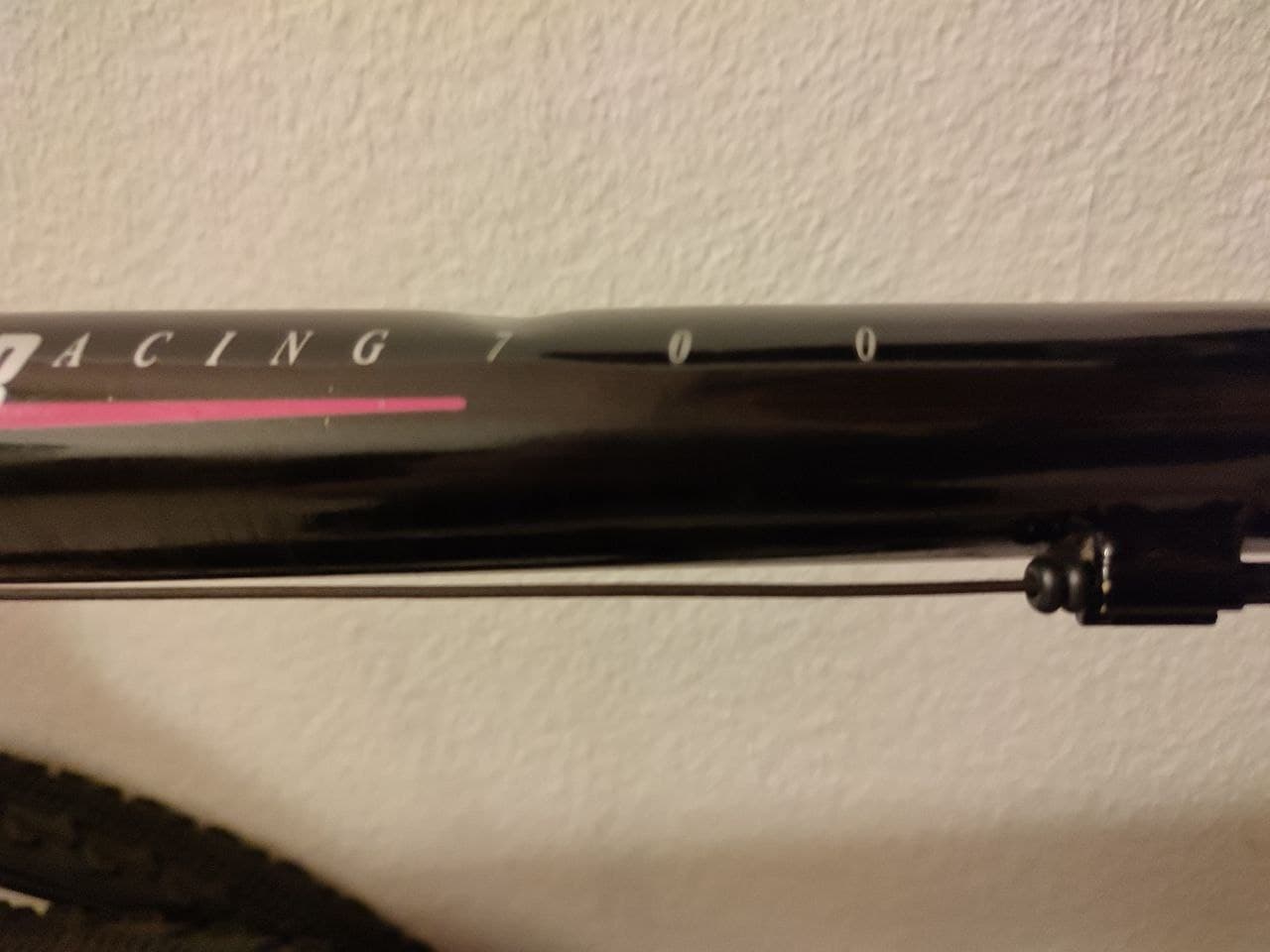 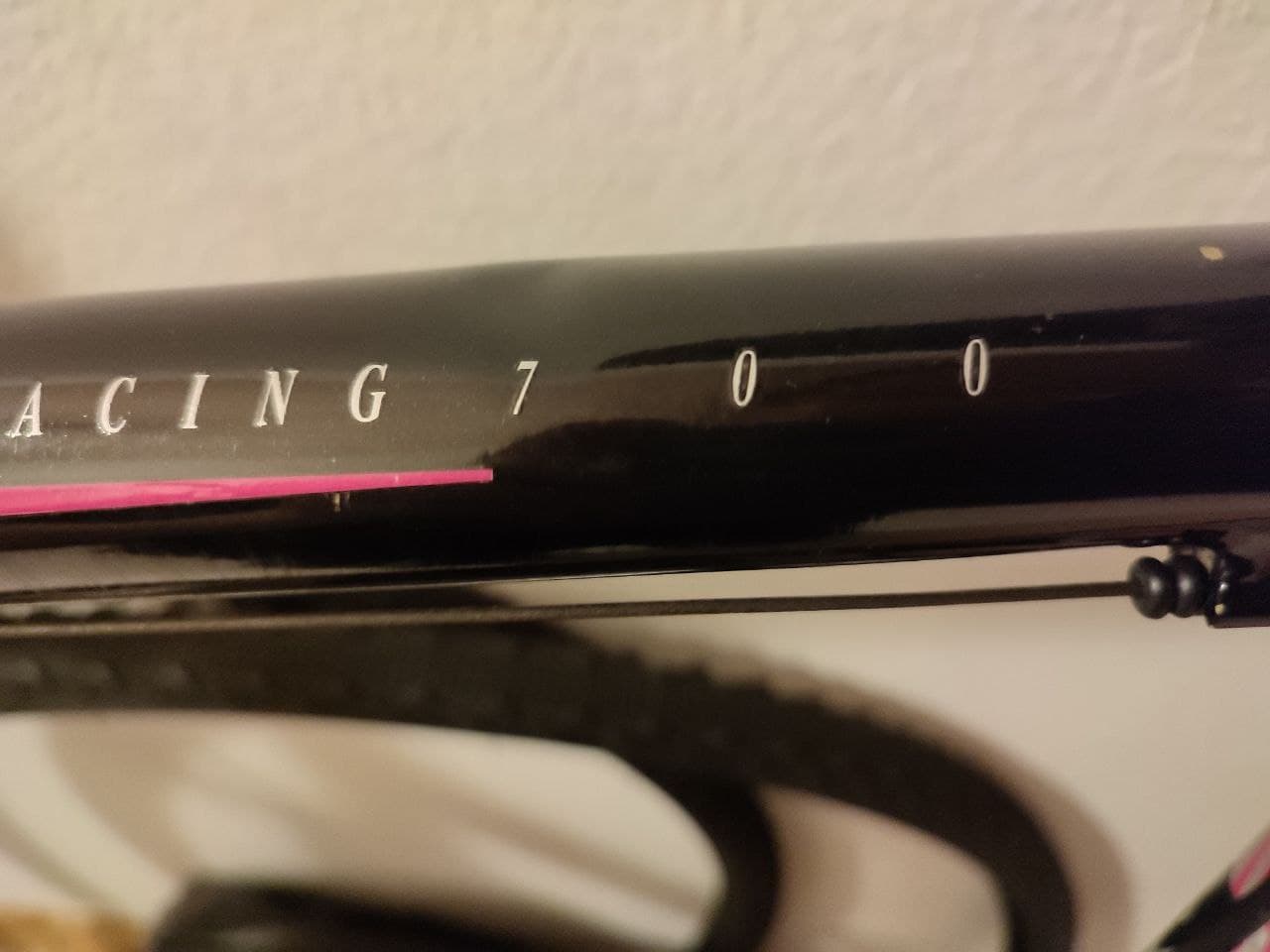 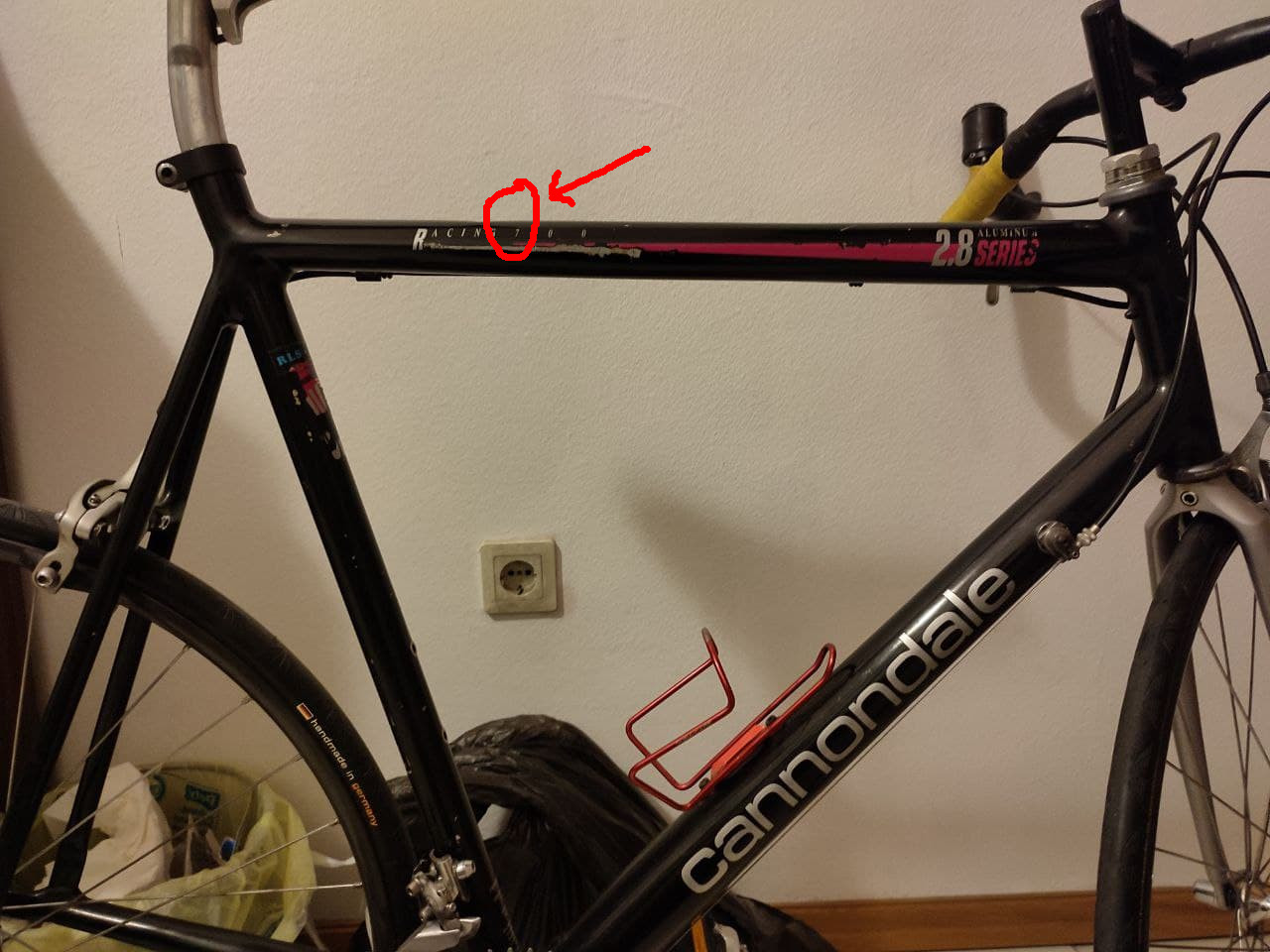 With all frames, that much of a dent increases the risk of a failure eventually. If that were an ultra-light frame with very thin tubes, it might be better to retire that now, but an earlier model Cannondale probably doesn't qualify.

You could certainly retire the frame if you want, but another option is to keep an eye on the dent and to watch for cracks propagating from the area. This does mean regular visual inspection, not just check it once in a while at irregular intervals. It might also be good to monitor how the frame feels when riding, especially when out of the saddle or going over bumps. It's worth stating that a failure might be sudden, and not gradual, so periodic inspection like this isn't guaranteed to catch the frame before it fails entirely. If this were my bike, I’d choose watchful waiting.

Not the answer you're looking for? Browse other questions tagged damage cannondale racing-bikes or ask your own question.

4
How worrying is damage to a carbon fiber frame near the bottom bracket?
8
How can I determine whether rust has made my bike unsafe?
1
May I ignore the frame damage (or should I get a budget carbon frame)
5
Dent in titanium MTB frame, is the frame OK to ride?
4
How to secure a fully carbon (aero) bike when washing/repairing on a stand?
3
Can a tire that blew off a rim be safely used on another rim, and under what criteria?
12
Big dent on frame: How did this damage happen?
1
Frame with dent
0
How do I tighten this 10s Shimano splined freehub? 2008 Cannondale CAAD9 R5 - WH-R550
9
Cannondale CAAD Optimo Tiagra 2020 CREAKING