Hello i have a Shimano 105 5800 front derailleur but i have trouble using the low trim position. Shifting from the low to low trim is very hard and i have to overshoot it for the fd to move. This is because the cable has a too sharp angle with the gear activating arm. This was discussed here. I tried to fix this by using the "converter" as noted on page 9 of the dealers manual . It has helped but shifting up is still hard. Is there something i can do to fix this?

Low position, the deraileur is resting on itself and even if i loosen the low limit, the derailleur doesn't move. There is only a little space between chain and the cage, which is ideal i guess. 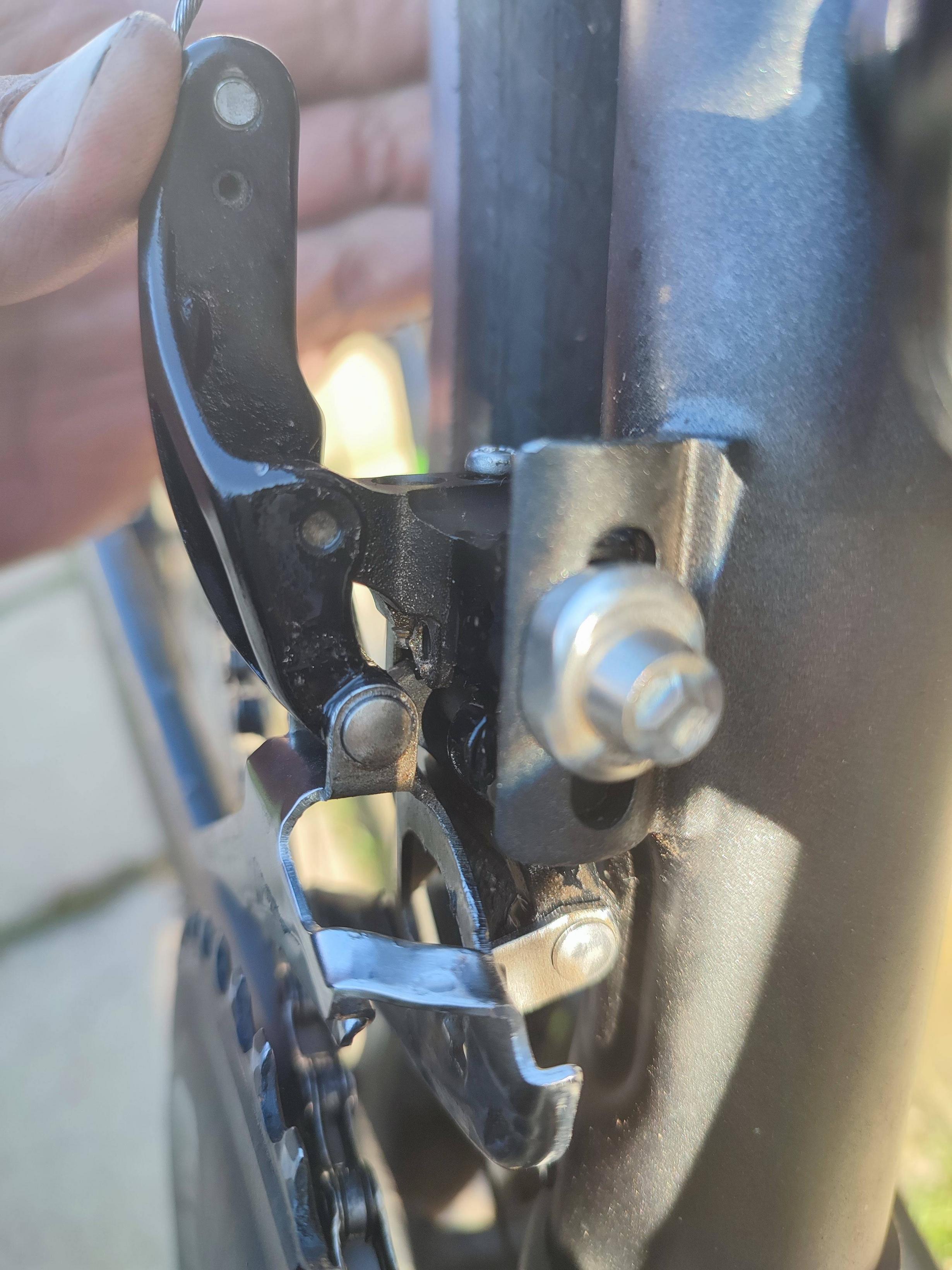 When i add tension it is not resting on itself anymore 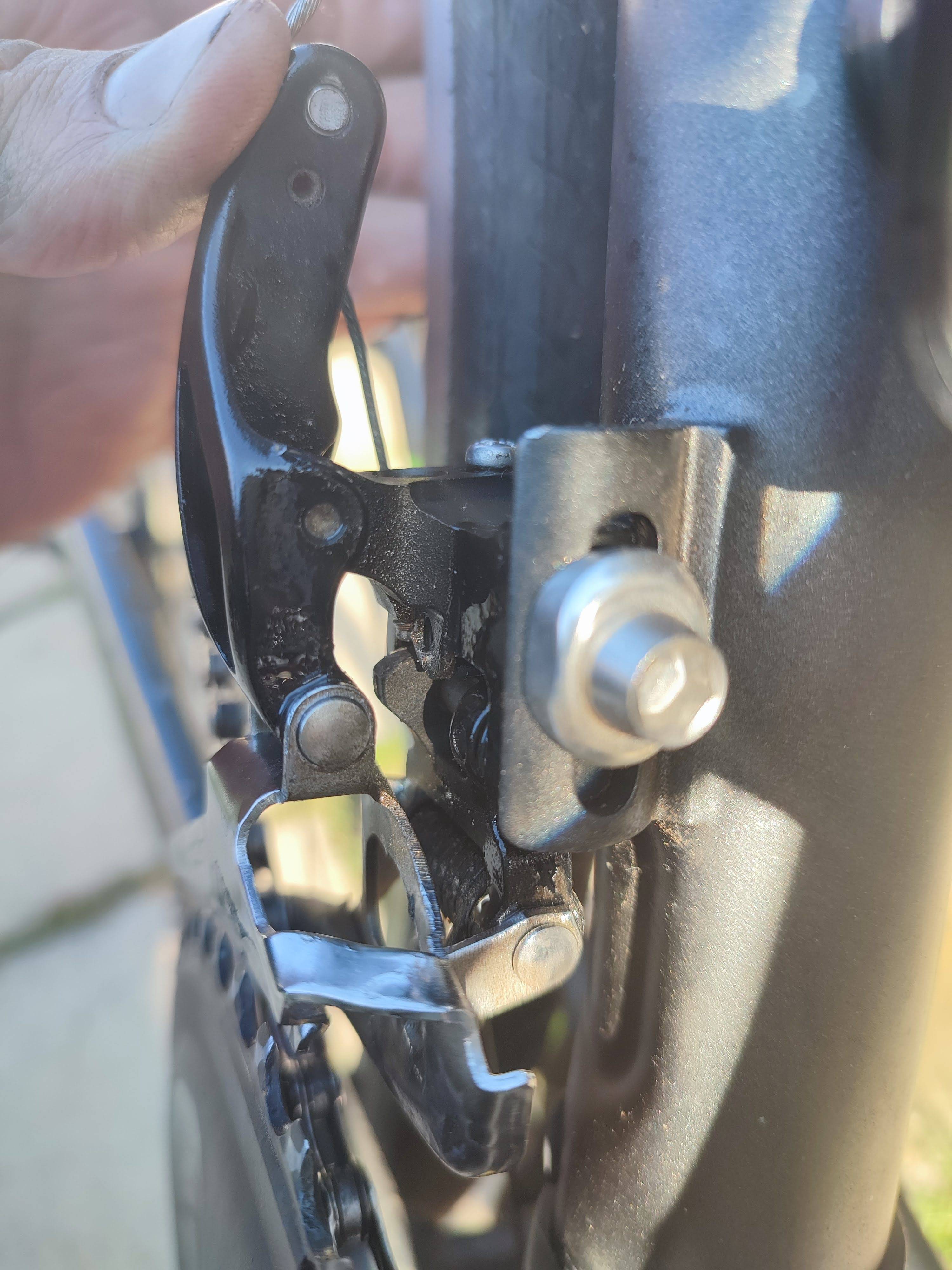 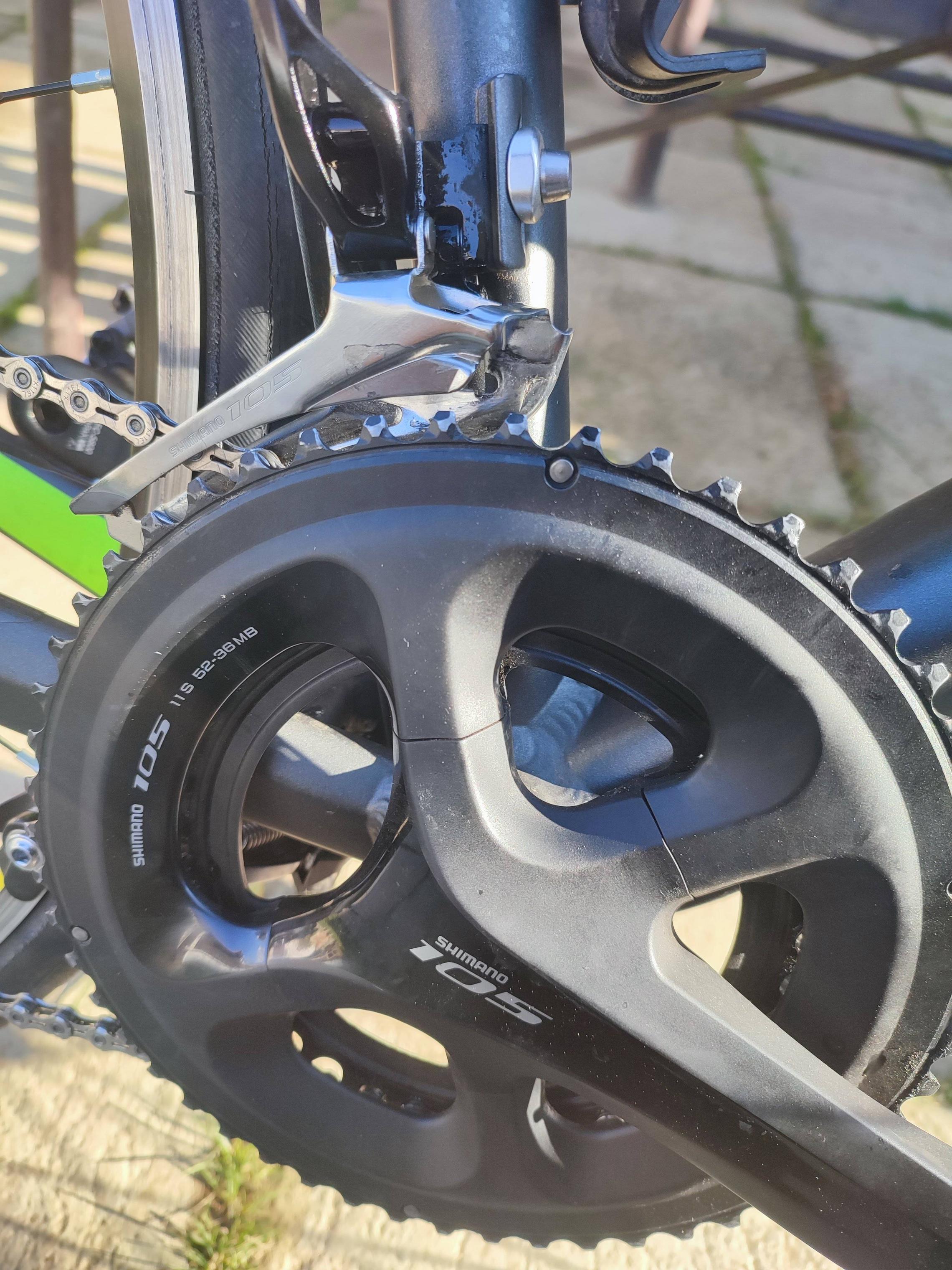 I've also noticed this thing. I think it's there to prevent chain falling inwards. Is there other purpose to it? 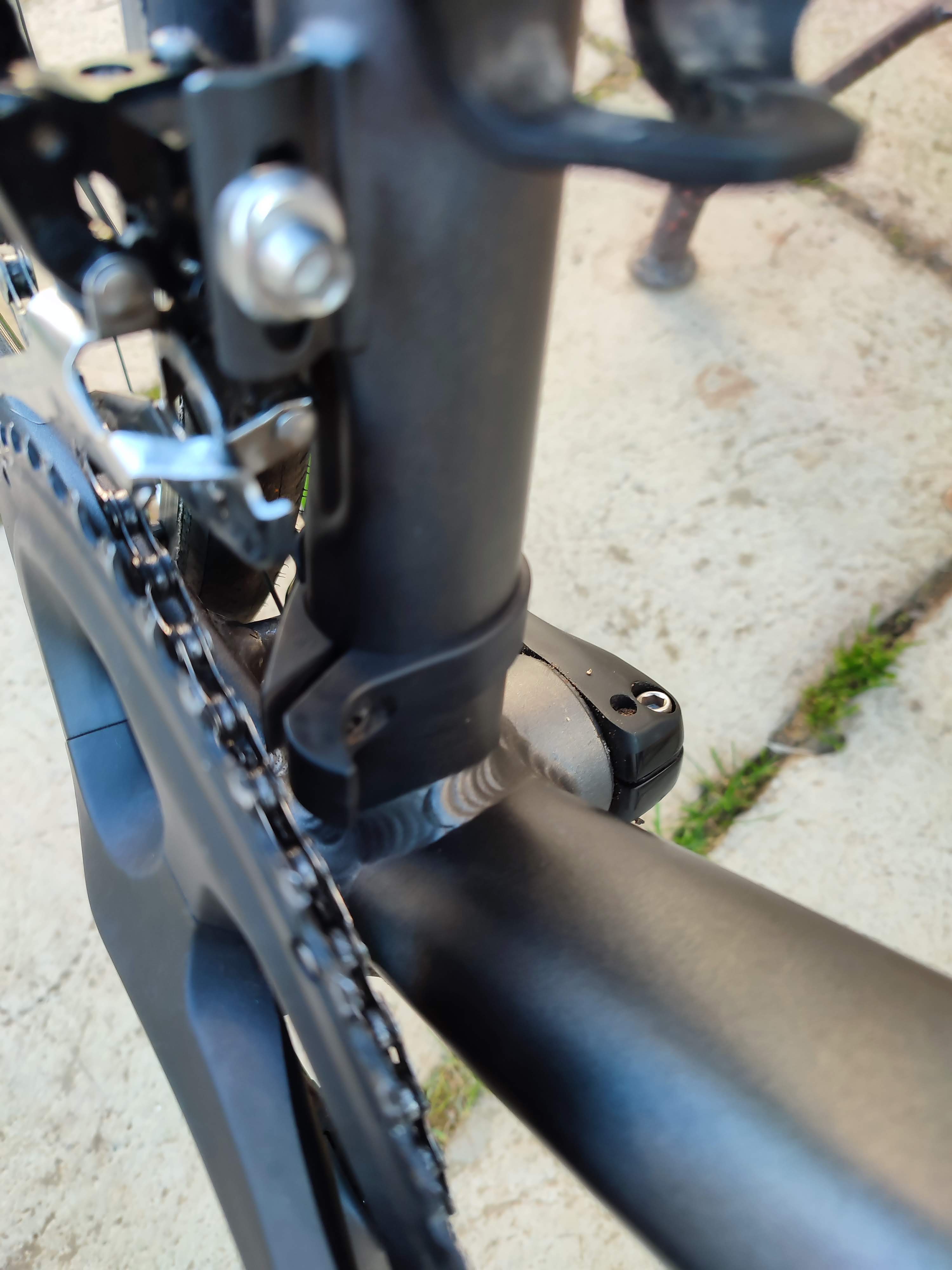 With the "long armed" Shimano road front derailleurs (FD-4700, 5800, 6800, and 9000) it is hard to overstate how much cable tension is needed to avoid the exact problem you're having. They are very different from other front derailleurs in this way. This is true even when the converter setting is correct. (Although it will be worse when it's incorrect).

If it's the braze-on variant, the first thing to check is that the back support screw is set correctly as per the dealer manual. If it's not that will also make the problem worse, because the derailleur will flex inward under cable tension off the shifter.

The method I've arrived on to set these models up quickly is, using either a fourth hand tool or pliers, pull the cable way more than I intuitively think should be needed. Usually I do it with the chain in place on the small ring, and then I allow the chain to be gently rammed into by the skid plate of the FD. You could do this with a little bit of barrel adjuster used, like one turn, and then dial the tension back, but I don't do it that way because usually you're only dialing the cable tension up from there. They need a lot of cable tension.

The low limit screw on these models mostly will only get you in trouble. If the derailleur's inward motion is being limited by it and not by cable tension, there probably isn't enough cable tension. You're better off backing it way out during the adjustment and ignoring it. After the adjustment is made, screw it in until it begins to bump the derailleur when shifted into low position, then take it back out just a touch so it's not engaging unless you happen to lose cable tension in use, in which case it's a safeguard against chain drop.

You don't want to spend a lot of time trying to adjust these models with cable tension such that you're struggling to get it to overcome the initial dead zone like you describe. When they're set up right you don't feel the dead zone. It's better to get the cable tension past that point and then adjust it back if needed.

The other confusing part is this: 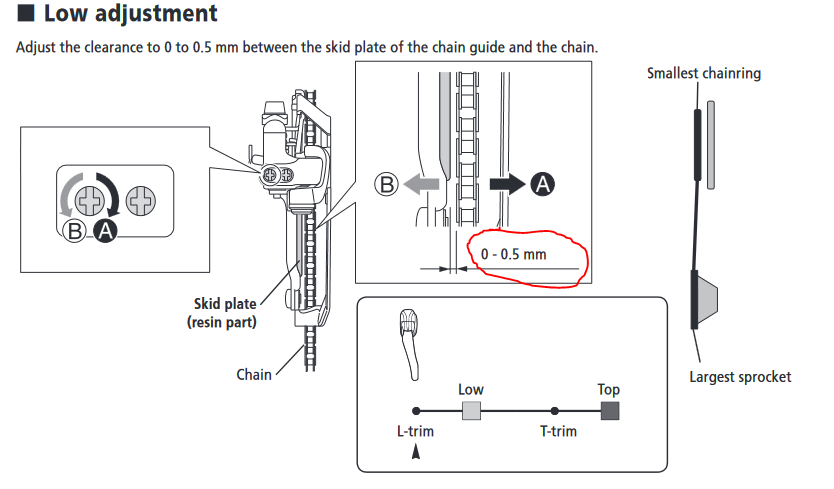 "0 to 0.5mm between the skid plate of the chain guide and the chain" is Shimano talk for "let the chain sorta rub intermittently against the skid plate in the lowest gear during adjustment." It's how these derailleurs are. The skid plates are a consumable and because chainrings flex outward, light intermittent contact with the skid plate will usually not be perceptible when you're actually climbing. On that note also, if your skid plate is worn out then replace it.

There are situations where the only thing that makes these derailleurs work is ignoring the instructions and routing the cable over the top of the bolt. Usually that would go along with there being something weird about the cable routing on the frame. It's seldom necessary but if you try it and everything works then it's valid.