Engaging the rear brake results in a burning smell and significant brake wear, so bad that within just a hundred miles or so I caused significant loss of material on a brand new pad set. Looking at the brakes after use, I find flakes of brake pad rubber stuck to/falling off of what remains, and the brake has considerably eroded.

The rim is steel. It has a gash/scratch in it that is rough. The rim also has a small dent. Interesting is that both rim pads wore down extremely quickly despite the gash/dent being only on one side of the rim. I don't think the brake is rubbing while riding, because I don't feel excess resistance, and I don't smell the burning when normally riding, only under "heavy" braking (going down a hill for a block or so). However, I did notice that one brake lever can occasionally be slow to retract; but again, extreme wear is on both pads.

I took the wheel into a shop without mentioning this issue, just asking the mechanic if he thought it was safe to ride; he said it would be fine. 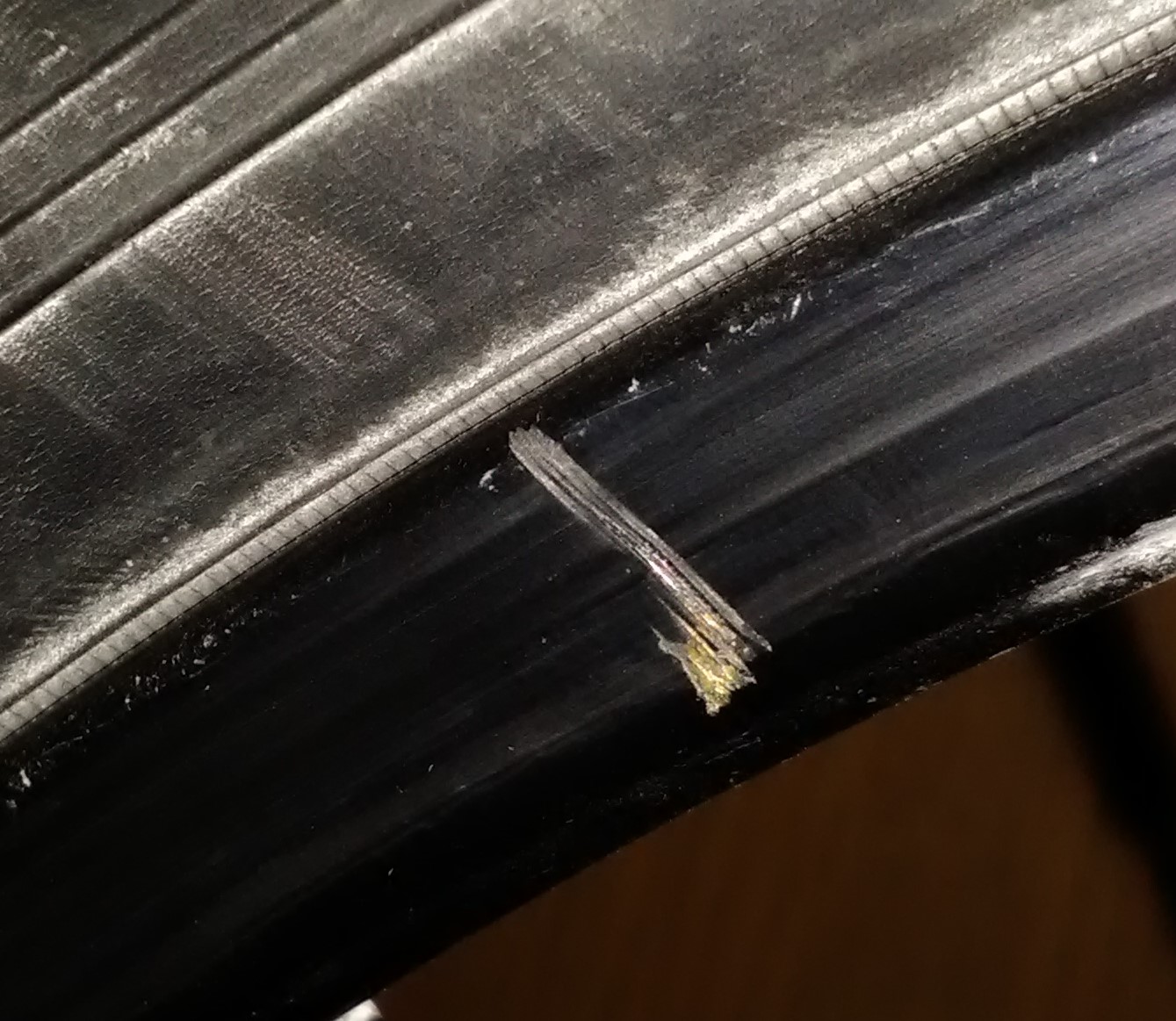 I have seen various steel-rimmed bikes experience rapid pad wear in use. I only have speculative answers, but two things that are definitely true is that most steel rim bikes come with very basic components, including brakes/pads, and also steel is harder than aluminum.

The surface irregularities will only ever hurt pad lifespan. It may be possible to mitigate them somewhat, i.e. by sanding down any rough parts of the gouge.

Probably the closest thing to a good solution is get Kool Stop Salmon compound pads, which work better on steel rims than most. While not the same thing, there are other red "extreme conditions" type pads that are extra hard and may also improve things. Ultimately riders with any kind of braking needs to speak of will be much better off on aluminum rims, but it's not always practical.

It's clear from the refrigerator magnet test you have steel rims.
However, in the picture the rim looks very black. The scratch looks like it goes to the metal. So, your rim is coated with something that is probably generating the burning smell. Your old brake pads "painted" a layer of rubber/plastic on your rim.

In the comments Avocado Surprise indicates that there are already new pads on the bike. The smell will continue until the rim is clean and then you'll be able to see if the new pads have the same problem or not.

EDIT: If you have another bike you can test your brake pads on you could find out if it's the pads or the wheel that smell.

I replaced the old painted, steel wheel with a new aluminum wheel and the smell is gone.

Since the old steel wheel was perfectly clean, and since I used the same brake pad set on both the steel wheel and the new aluminum wheel, and since no other issues like tire rub are the reason, I think it must have been something to do with the black paint on the rim.

Not the answer you're looking for? Browse other questions tagged rims rim-brake damage or ask your own question.

6
Have replaced v-brakes and they still squeak. What to do?
7
Fixing damage to brake rim surface
1
Rim seems to be shedding metal chunks
11
Plastic rims and brake pads
12
Why replace brake cartridge when grooves wear off
4
V-brakes too weak
1
Reduced braking force in V brakes
4
Side pull rear brake is weaker after changing the cable
1
How to adjust rear brakes on this bicycle?
9
How do bicycle brake manufacturers balance their products' physical limitations?