I have a set of Avid Juicy 3 calipers that I have sucessfully replaced the pistons and seals on. Getting the pistons out of one of the calipers was not so easy though, and I ended up drilling the middle of the piston, putting in a self tapping screw and pulling out the piston with a mole wrench, like the cork from a bottle. This was OK because I was renewing the pressure foot as well as the seals. The downside was the little dimple left in the caliper body where the drill overshot or the screw pressed.

I have a couple of other caliper bodies in need of some work with a similar problem and wonder whether there is a better method or a trick to ease the piston/pressure foot out (potentially so it can be reused!).

I have tried compressed air with no success and hydraulically seperating the caliper halves with rubber over the port then pumping the bleed port with dot fluid and the syringe, also no go. I feel like I'm missing something but it may be that the caliper is completely siezed and the corkscrew is all that's left.

Not sure if it's helpful but here is a generic plan for popping pistons with a compressor.

Use this kind of blower attachment, with a conical rubber or plastic nozzle. 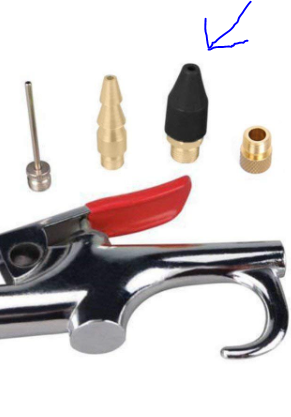 Split the caliper in its two halves and drain the fluid best as possible. 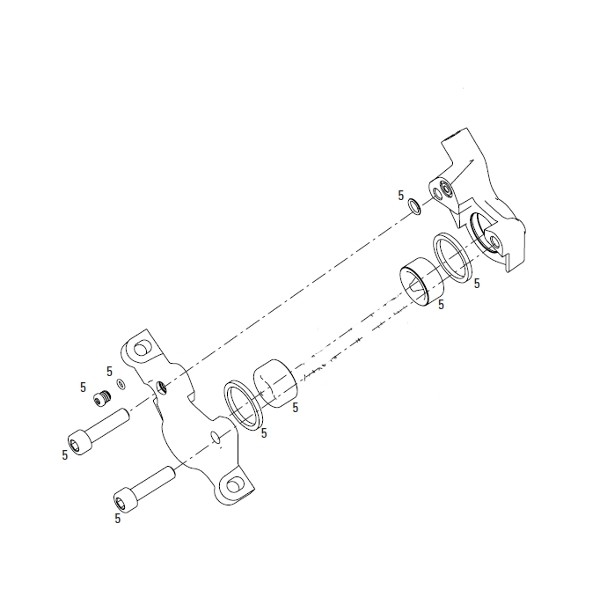 Starting with the half with the bleed port, put it down on a bench and take a rag and hold it over the piston so it doesn't go flying when you pop it out. Then jam the conical air blower into the fluid port and let it rip. Typically they come out with a loud pop; it's an actual explosion you're creating so be ready. The other side is the same except you have to have one fingertip covering either the hose port or the fluid port on the caliper split while the blower jams into the other entry point.

If this doesn't work then the piston seal is probably some especially terrible kind of destroyed, like expanded from fluid contamination. I don't have a great generic plan for what to do then, as it's a rarity for me that I'd be trying to bring a system like that back to life.

Not the answer you're looking for? Browse other questions tagged brakes disc-brake hydraulic-disc-brake or ask your own question.