update at the bottom

I ride a belt drive bike fitted with a Gates CDN front sprocket (on the crank), a CDN belt and a CDX rear sprocket. Around the 2200km/1400mi mark, the CDN belt failed and teeth started snapping off (see pictures below). Since I bought the bike used, I don't know the actual mileage of the previous belt - but it happened after I did 2200km. I then bought a new CDN belt and installed it, and it's just failed now in the same way after another ~1000km/600mi.

This is way below the lifetime I've seen mentioned online, and it's below the lifetime of a chain even. I know that you're supposed to be careful when handling these belts, and avoid twisting or crimping them, I've never done that. I used the Gates app to tension the belt, the recommendation for my type of bike was 35-50 hz - I set it to around 45.

I bought this bike for bad weather commuting, I mostly ride it in rain, but on paved roads. With the second belt, I also did around 300km/200mi around sandy areas and through some mud - but no extreme offroading. I ride fast and accelerate off lights quickly, but I'm no pro.

What could be the reason for these issues? Could it maybe be that the plastic teeth on the front sprocket are worn and damaging the belt teeth? (see picture below). It doesn't seem so though, they fit the belt well. The CDX sprocket seems very durable and the teeth have not been worn at all since I've installed it ~3500km/2200mi ago.

If the CDN belt simply cannot deal with how I use the bike, that's fine, I'll buy a CDX belt - but it would be good to know that it's not an issue with something else in the drivetrain that's ruining belts.

damage to the belt 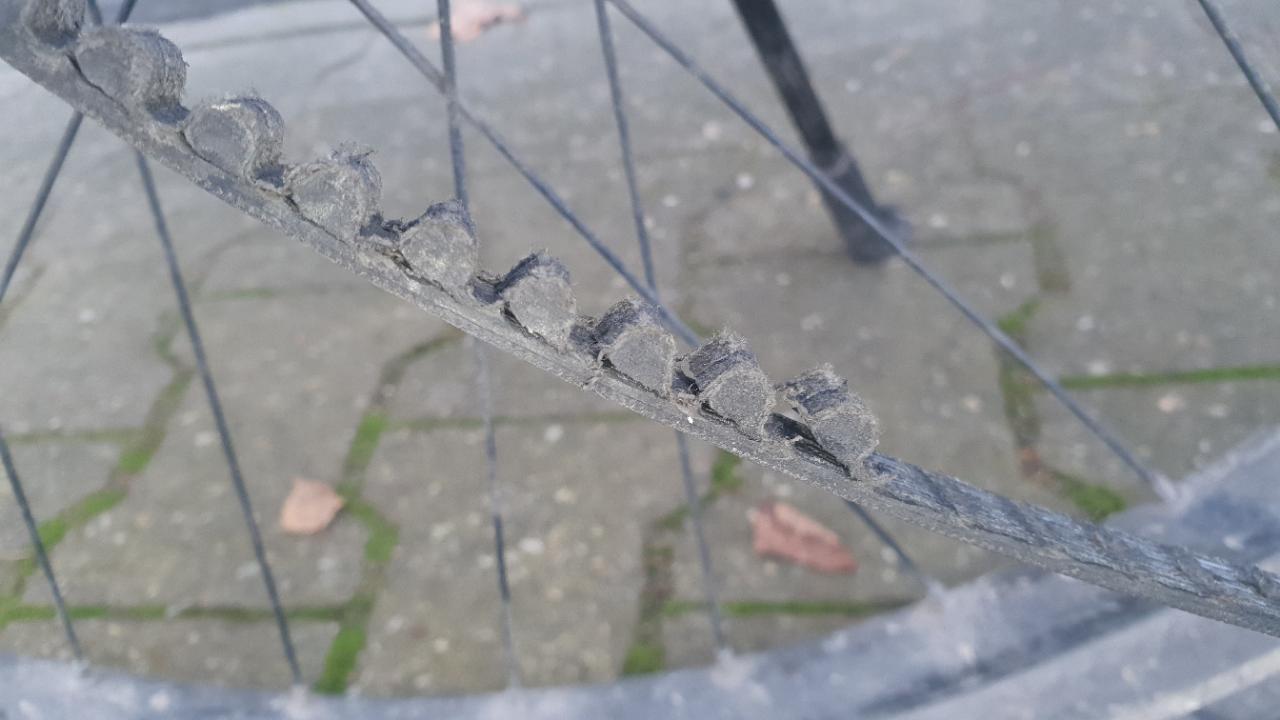 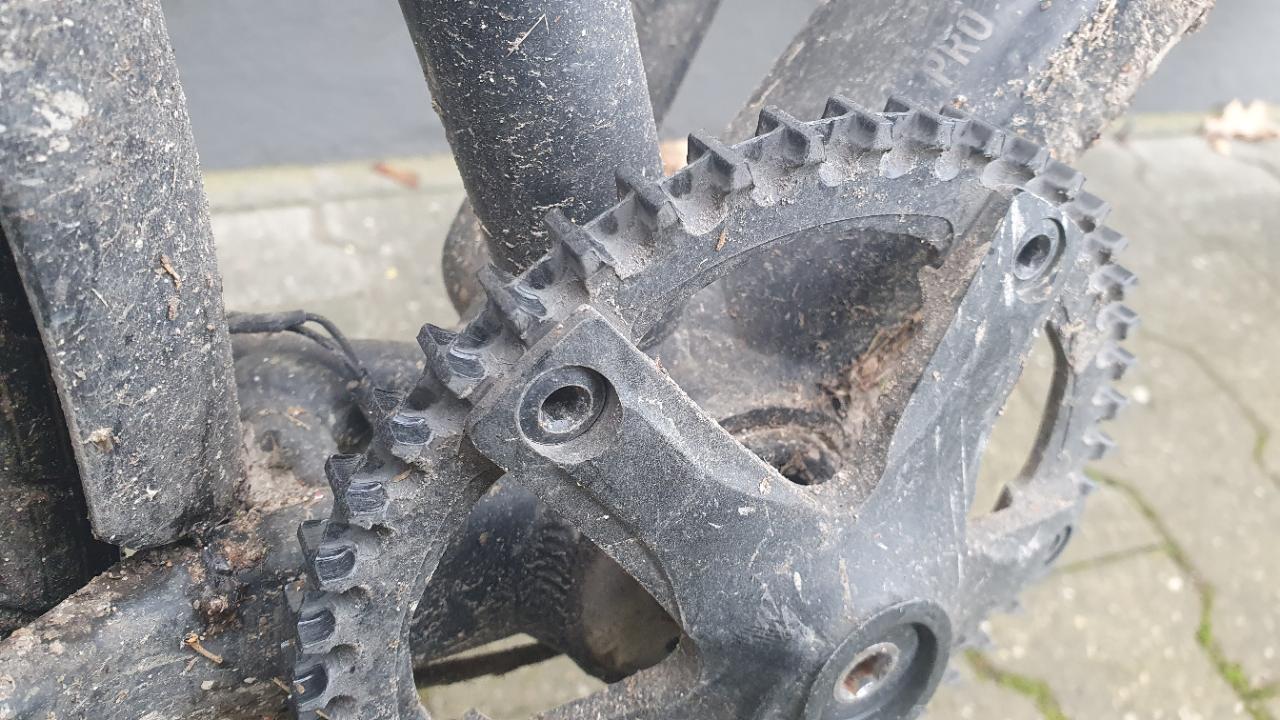 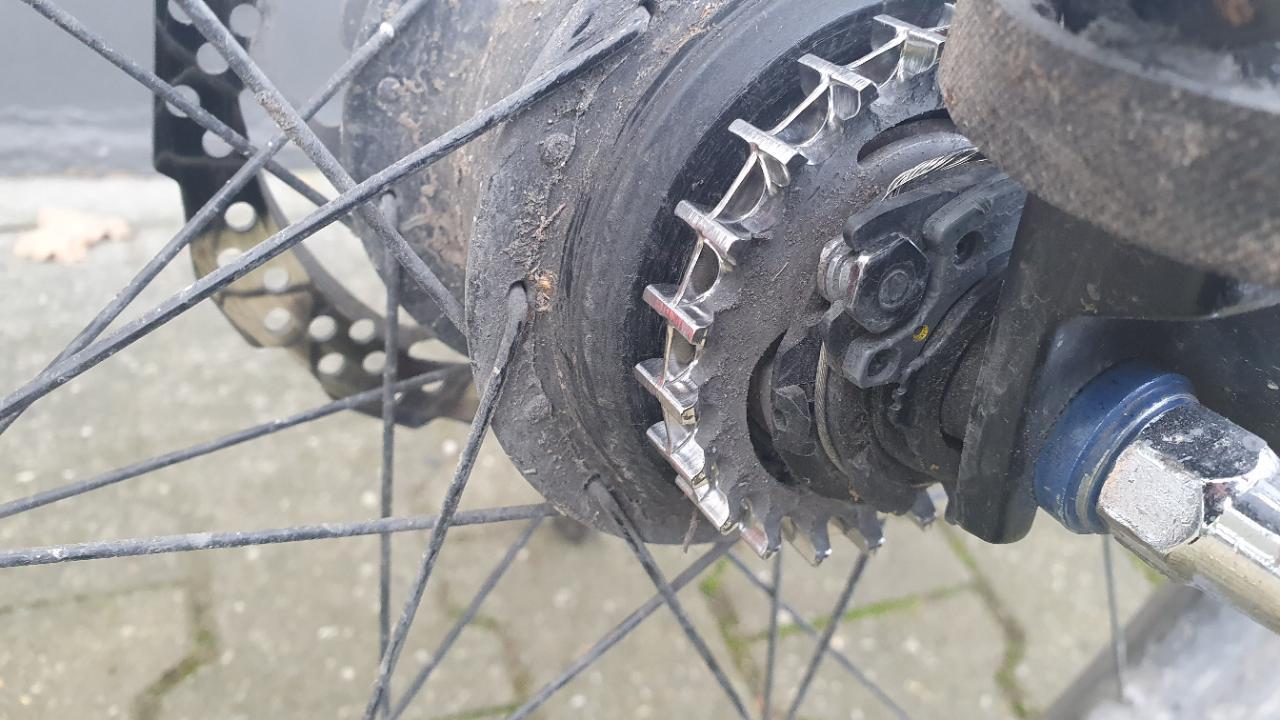 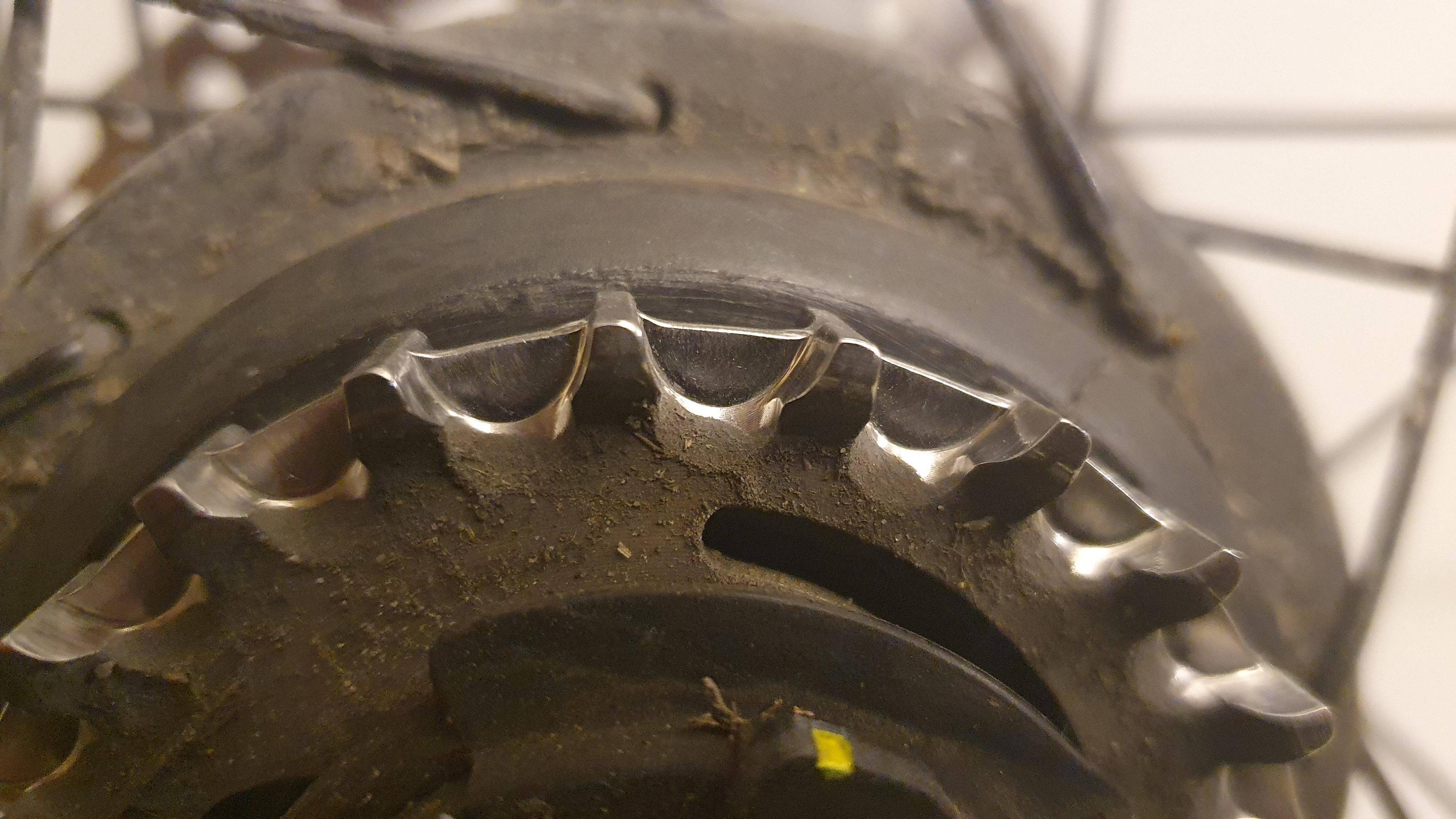 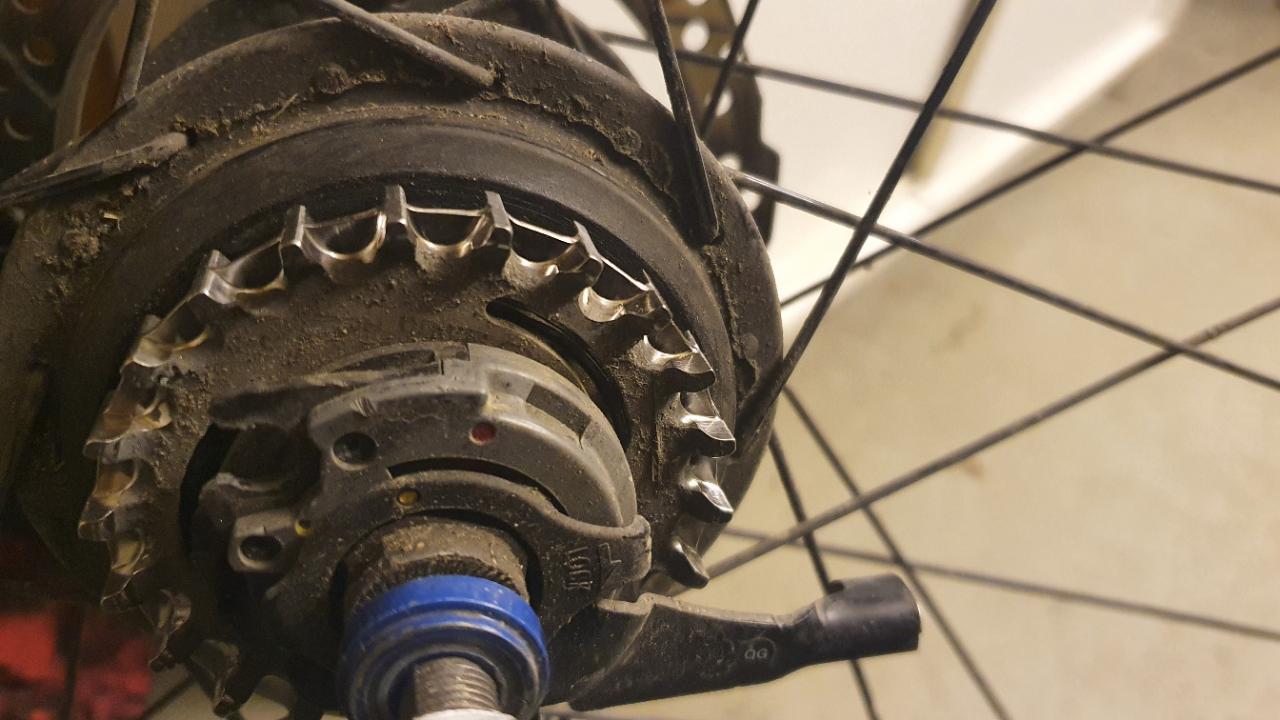 update: I've bought and installed a CDX belt, with the same tension as before (45 Hz). I've been riding it in the same conditions since purchase and so far, I've done 2000km/1200mi with no issues. I'll keep reporting on it here as I rack up the kilometers.

I would say there are a few things to check.

The belt needs to be straight or it will fail early. It is worth using measurements and visual clues to check this. If it isn't a factory set up then this is a real possibility.

Also very important, the belt needs to be tight. Run it at the upper end of the recommended tension scale for a while when it's new as any slipping or riding up on the sprocket splines will damage it quite quickly.

The CDX belt is better than the CDN and is a worthwhile investment. It will work with your existing CentreTrack rings, no problem.

From the summary here it looks like the CDN belt is not designed to handle dirt (and even sand is under question) so it failed. Only CDX and CDX:EXP are approved for work in dirty conditions.