So my old cartridge bottom bracket is about fall apart and i bought a UN55 to replace it. The plastic non-drive side was very easy to remove, but the drive side is literally impossible. I let it soak in WD-40 through the night and the next morning i took a massive steel tube and inserted it onto the rachet to increase the applied torque. There was another person putting pressure onto the remover tool so that it doesn't jump teeth. I applied so much pressure that it bent the teeth of the remover tool and soon after the remover tool slipped from its seat and literally destroyed the notches on the bottom bracket. It looks like the frame will go to the trash. I can't get the bb out and the notches that the remover tool bites onto have been completely obliterated. Any ideas on how i can remove the bb? Why is it stuck so tight in there? 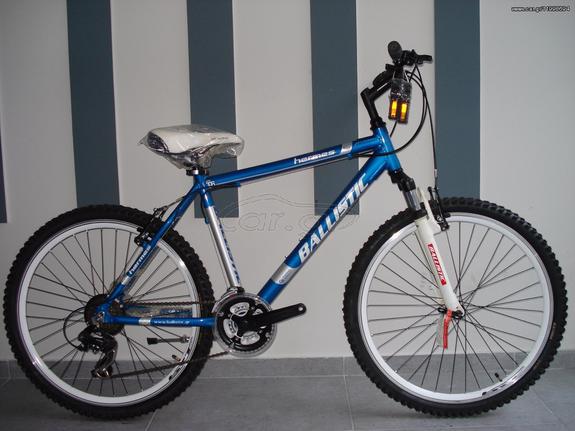 Unless your frame is Italian, or a handful of unlikely other makes, your bottom bracket is left-threaded on the drive side.

This means to remove the drive side, you have to turn the tool clockwise to loosen it. If you were gorilla mashing on that thing going counterclockwise, you were just tightening it.

It's possible that the flats on the tool going the other way may still be OK, and you might be able to remove the BB if you carefully go the other way.

In general, bikes are lightweight mechanical devices, and even in badly corroded situations, the torque of two people and a cheater bar is not necessary and will just result in destruction and sadness. Next time, step back and think or do research before proceeding if you find yourself trying to put that much torque to any bike part.

The drive side was probably installed without anti-seize/grease, and has corroded to the frame.

Presumably you want to save the frame and replace the cartridge. Starting with oils is a good first step.

When you're done, the threads in the frame will likely need chasing. A bike shop can do that; the tool is silly-expensive. Or you can carefully work the thread with a pick to clean out detritus.

On reassembly, USE LUBE! Copper clay is my preference, but grease would help too. The corrosion is because there wasn't any barrier, so be mad at the previous mechanic. Make the next guy will be grateful to you for doing it right.

Removing stuck bottom brackets where the tool interface is the 22-spline cartridge style and the splines are toast can be truly difficult, and the steps to take depend on the construction of the specific bottom bracket.

Note that there are quite a few cup and cone style bottom brackets on bikes now that use the Shimano-originated 22-spline tool fitting for the cups, even though it's more associated with cartridge bottom brackets. If do you have that style (it looks like the sort of bike that can have it), you're in luck because the plan below is likely to be able to work without issue.

One of the ways of removing a bottom bracket cup with a ruined tool fitting is by using a bolt, nut, and stack of washers to pinch and twist. A socket on an extension is stuck through the shell to get the parts tight enough that when the wrench gripping the outside nut is turned, there's no slippage, allowing further torque to work towards loosening the cup. 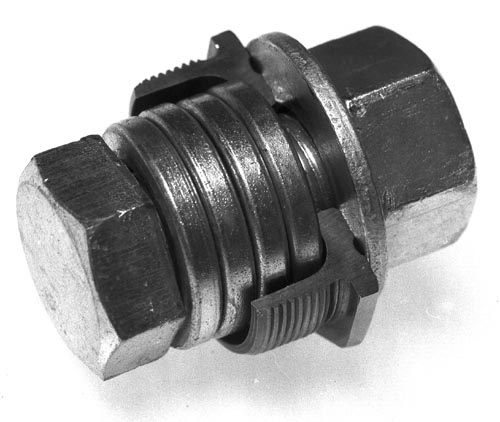 This method is excellent if you can make it work, but to do so the cup needs to have enough of a wall for the washers to push against and you also need to get the cup into a state by itself where you can do it, which doesn't work on a unit such as a UN-55 for example, where there is no drive-side cup per se, only a large casing with threads on the right side.

However, many lower-end and OEM cartridges use a simpler form of construction, where there is a discreet right cup. That right cup will be either pressed, bonded, or retaining-compounded on, all of which you can conceivably undo with force or heat. In practice usually it's some kind of retaining compound that will probably come loose if you hit it with a heat gun and then smack the axle through. The cup may or may not have enough of a wall to it that allows you to use the above improvised tool.

If you're going to try and free it by unscrewing it, I've come to be a proponent of thermal shocking sprays like Finish Line Chill Zone. They get the parts super cold and then take advantage of the contraction to wick in their penetrating oil component.

As Criggie mentions, one possible line of attack (and the main one to look at if the above doesn't work) is cutting slits down the inside of the cup. It's also conceivable with the right tools to cut off the shoulder of the cup and relieve preload that way, then extract with an internal clamp of some sort, i.e. a collet. When those methods don't work, at least by themselves, is when the actual problem is corrosion that's bonding the cup threads fast to the shell material, almost as though they were one piece. The bike in the picture looks clean enough that I doubt that's the problem.

I tried everything that Criggie said. Nothing worked but they were very useful advice.

I managed to get it out by welding a 18mm socket on the bottom bracket's tool interface and then kicking the breaker bar super hard to get it loose. Using brute force was the only option.

Not the answer you're looking for? Browse other questions tagged bottom-bracket tools cartridge threaded-bottom-bracket square-taper or ask your own question.