I (unfortunately) have a SRAM Apex GXP crankset that I need to replace after less than a year of use because it's garbage. But I can't get the crankset out of the bottom bracket. I've taken the bolt out, and even removed the non-drive side BB cap, and usually a GXP crank would basically just slide out, but mine does not. After hitting with a hammer several times I got it to move out about 3cm (see second picture), so it's not rust or binding to the BB or anything like that... but then it's stuck there.

The plastic tube that goes between the BB cups is still in there (see pic1), and I can't pull it out either. So my hypothesis is that (somehow) the plastic tube is preventing the crankset axle from sliding all the way out...but how?

Whether that's the case or not, any ideas on how I can liberate my bike from SRAM crankset hell? 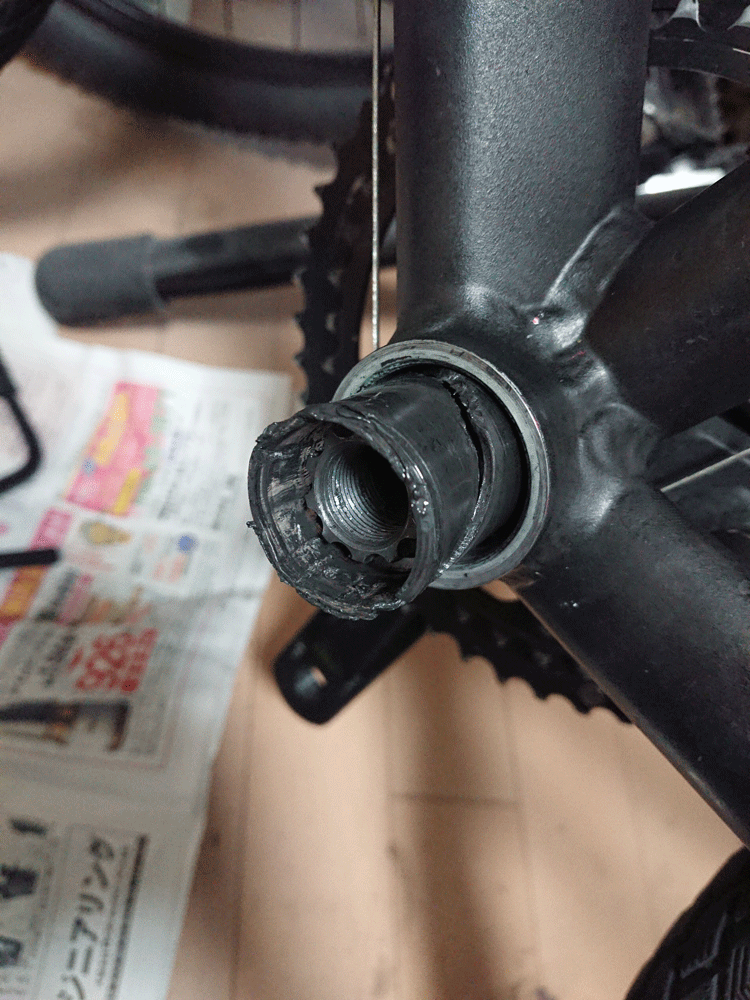 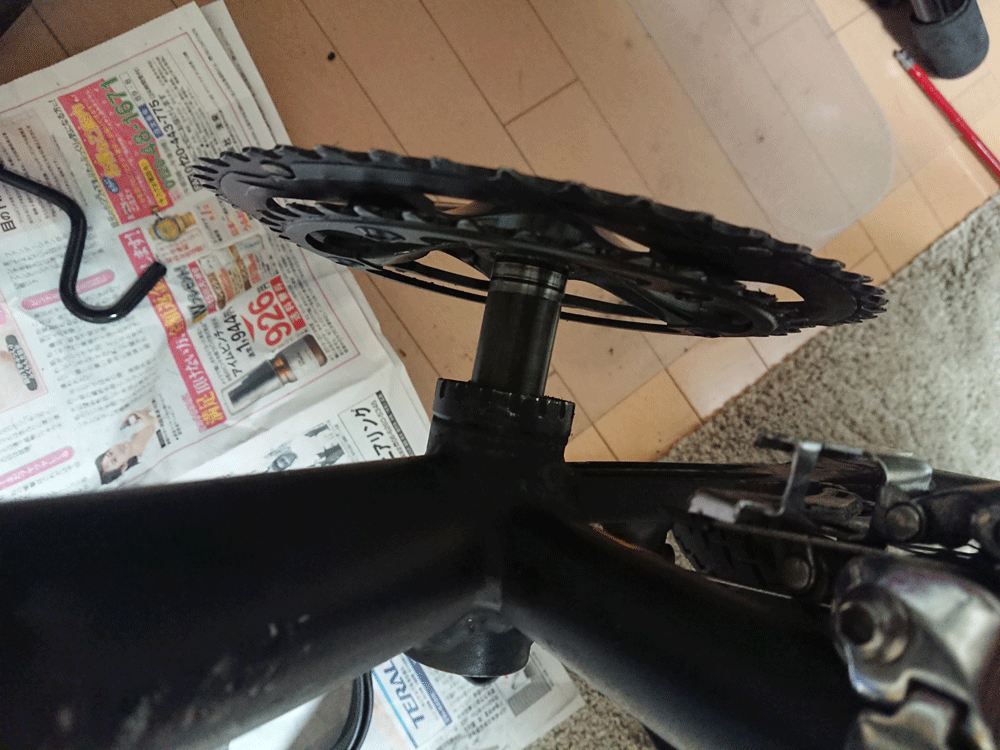 Easy mode is take the other cup out with this: 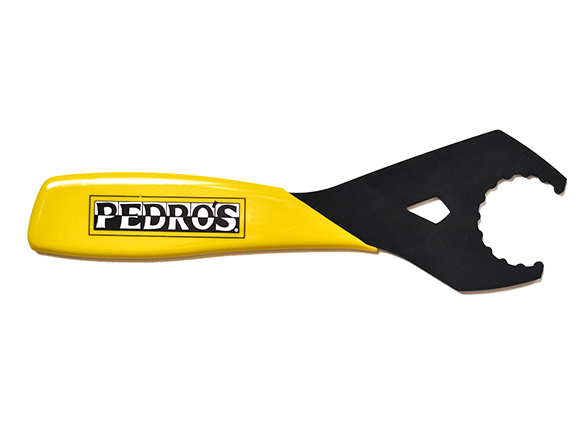 Otherwise, what's probably happening is there is some kind of debris that's getting wedged in and stuck right as part of the spindle is trying to pass through the bearing. You'll probably have more luck if you can push the cranks back in, pry out the remaining piece of plastic shield and then get everything clean and look for whatever is causing the blockage, and maybe spray some oil or grease in there.

Not the answer you're looking for? Browse other questions tagged maintenance crankset repair bottom-bracket replacement or ask your own question.

2
What do you call the crankset system type on the Sram Apex?
1
New frame bottom bracket and crank compatibility and general stupidity!
1
Replacing SRAM Red chain set with Ultegra - bottom bracket?
0
How does pedaling power transfer to the bearings in Hollowtech II bottom bracket?
3
Disassembling crank on a 2006 Trek Pilot 2.1
2
Identifying an eccentric bottom bracket?
8
How can I remove the stripped plastic cups of a bottom bracket?
2
Bottom bracket sizing
8
What type of bottom bracket does my bike have?
2
Cottered Crank Bottom Bracket