How am I able to simulate gears on my single speed?

Sometime ago, I bought a cheap bike from eBay for my daily commutes which turned out to be a single-speed bike. It works fine but I am curious as to how I am able to have a shifter that simulates gear changes.

It's obviously because of the box indicated in red in the first picture below. But after a through search I wasn't able to find a clue how that works let alone what it is.

So, what is it and more importantly how does is it work?

Also, what would happen if I just disconnect the cable going to the black box below but still keep the box attached on the bike? You know, just to enjoy a proper single-speed bike from time to time. 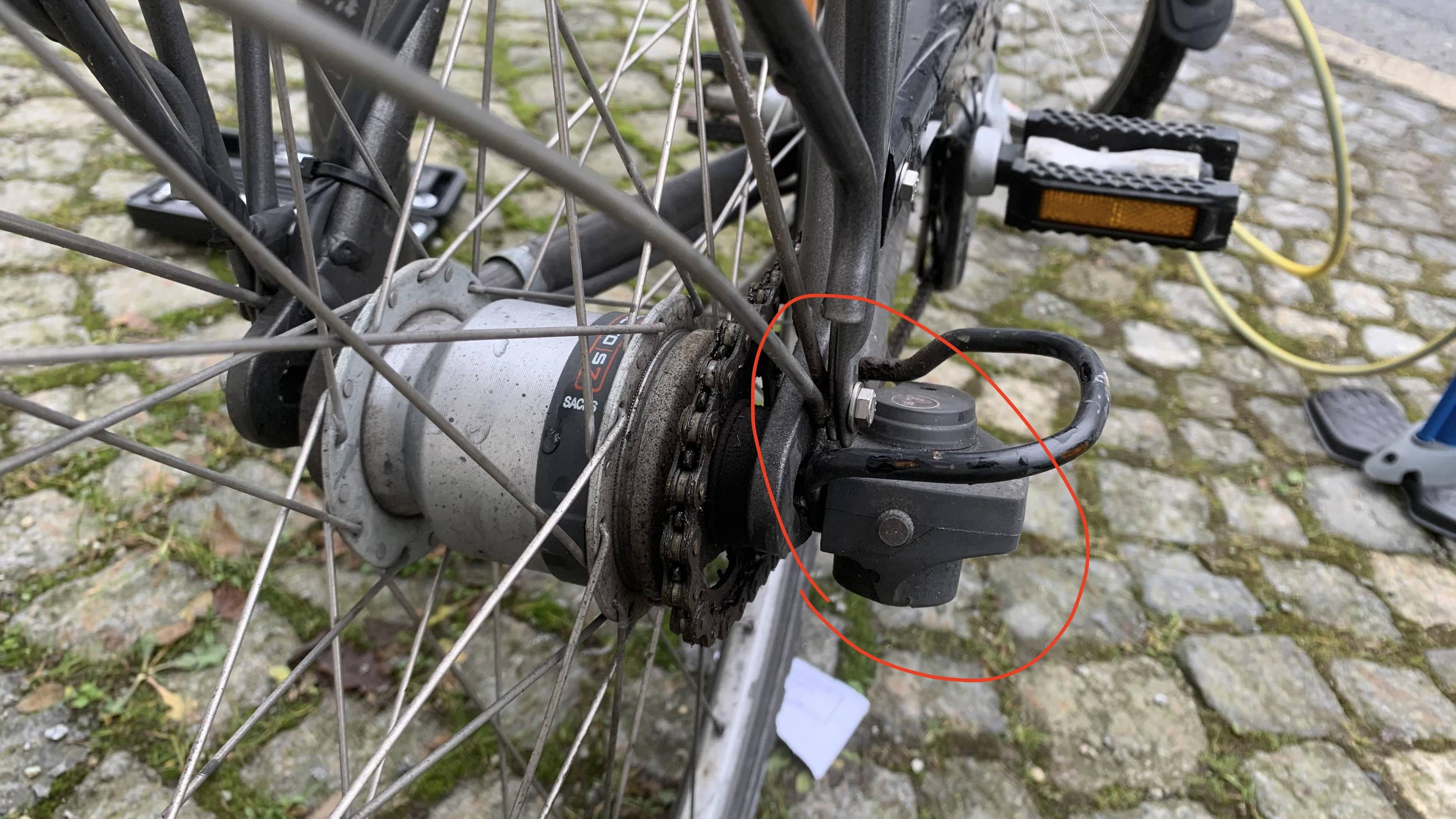 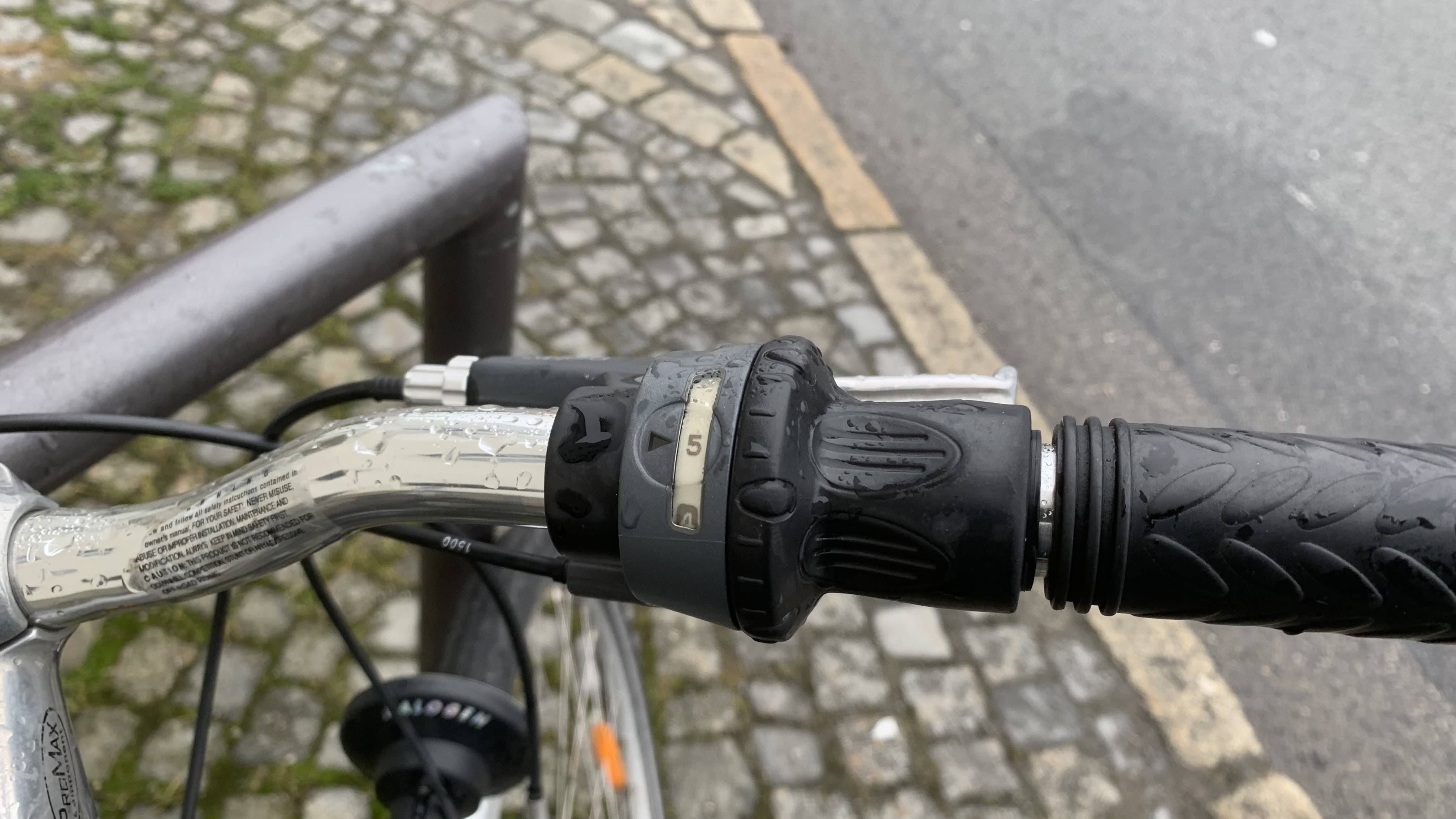 You do not have a single-speed. The rear wheel on your bike has a 7-speed internally geared hub. This uses a couple of sets of planetary gears, each of which can be engaged in two different ways, plus a direct-drive gear. If you hold up the rear wheel and pedal, you'll probably see that in each gear, the wheel turns at a different speed than the rear sprocket.

Internally geared hubs are ingenious, complex, compact mechanisms. Here's a video of one very similar to yours being disassembled.

The cable is probably spring-loaded on the back side; if you disconnected it, it would probably force the hub into whatever the detensioned state for that cable is (either top gear or bottom).

This is not a single-speed bike. It's an internally-geared hub made by Sachs, later bought by SRAM, which later stopped production of the hubs. If you take a better photo of the label on the hub, we can identify the model.

These geared hubs are/were very common on city bikes in Europe. To be honest, it's pretty amazing to see that someone wouldn't recognize it!

If you disconnect the shifter cable, the hub will be stuck in the highest or lowest gear until you reconnect it.

As other answerers have said, that bike has hub gears rather than being a single speed bike.

However, no-one so far has commented on what the differences with this style of gears are. Compared to derailleur gears, they have two main advantages: you can shift gears when stationary, and they require less maintenance since the mechanism is not exposed to the elements. These benefits make them suitable for city bikes where you will be stopping more often and are more likely to be required to stop unexpectedly, and want something that is a tool to get you from A to B with minimal fuss rather than a hobby or sport.

The downside is that they're heavier, have fewer gear options, and are less mechanically efficient than derailleurs. Again these differences are typically less important in low speed cycling and so the downsides aren't as pronounced for city bikes.

Another difference is that you should stop pedalling when shifting gears, since the mechanism doesn't work well when under strain, and you may also find that the hub gears have an integrated coaster brake that means that you can brake the bike by pedalling backwards.

Ah, but this is not a single speed bike. The gears are within the hub and invisible to the naked eye. If you remove the cable, the hub will default to (probably) the highest/heaviest/hardest gear.

If you want a real single speed, set the gear to the hub's 1:1 ratio (a middle gear) or buy a cheap new singlespeed rear wheel that fits.

Not the answer you're looking for? Browse other questions tagged internally-geared-hub single-speed or ask your own question.

6
Fixed-gear vs single-speed for clipless pedals
5
What's the easiest way to add gears to my single speed?
2
Why is my freewheel slipping?
2
Adding gears to a single speed Cycle
6
Single speed to multi-speed conversion with internal gear hub
3
Parking a 3-speed internal hub in 2nd gear permanently
3
How to compare an IGH (Shimano Alfine 11) with a 10 speed cassette and 3x chainwheel?
1
Single speed chain alignment