Can anyone Identify this bike frame? 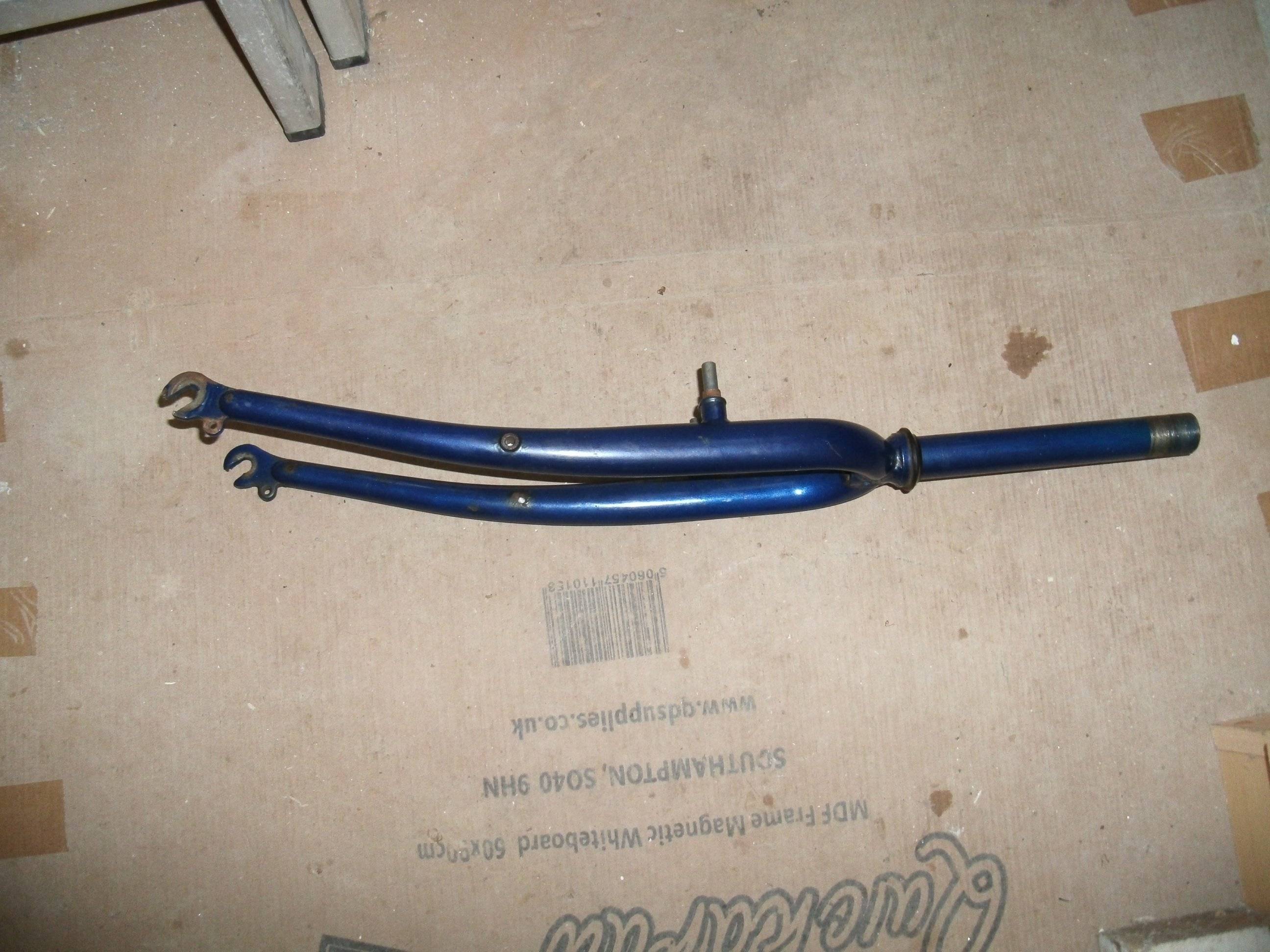 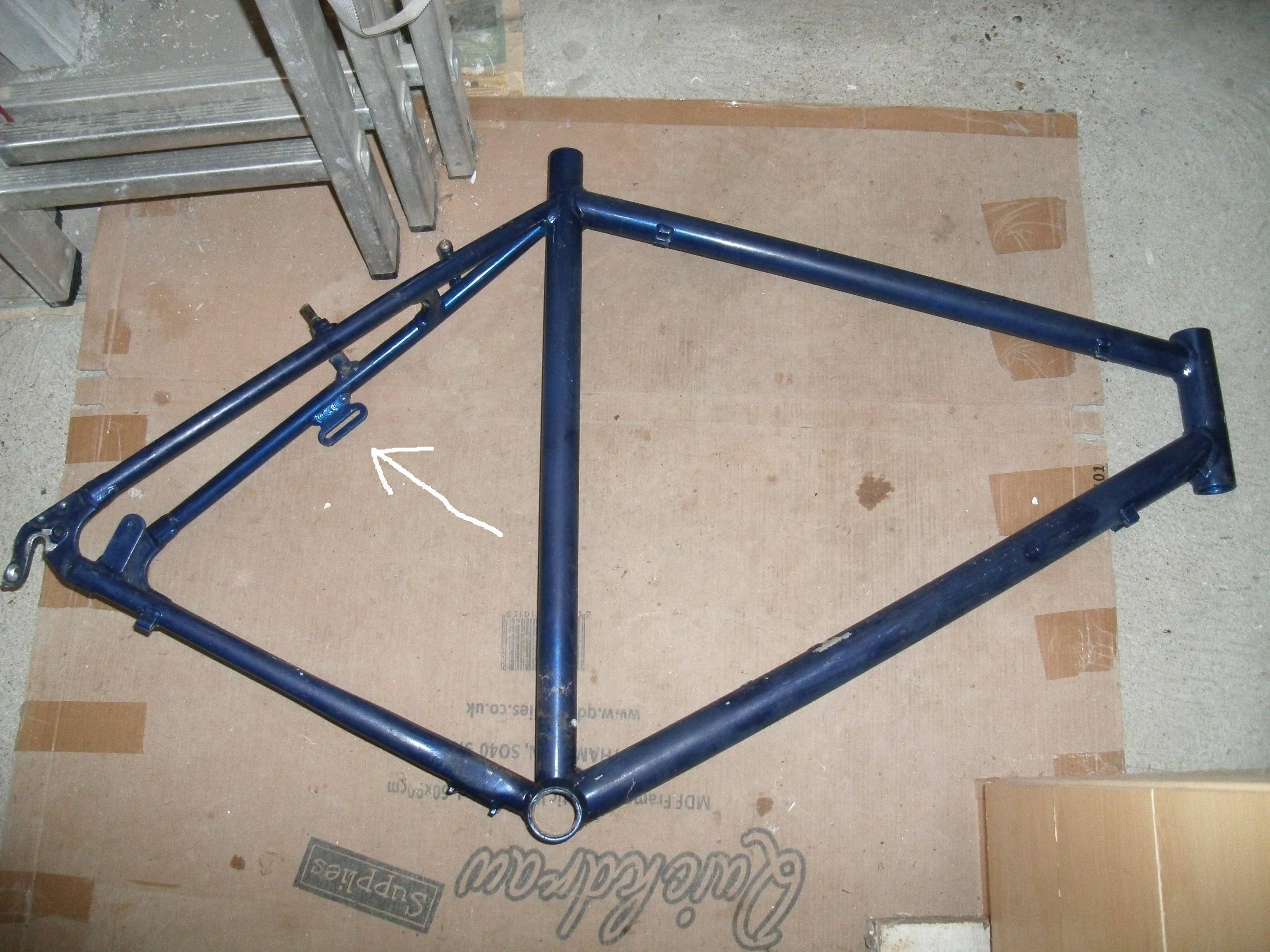 I was given this Aluminium frame probably form a 1990s tourer or hybrid. It has been resprayed in a similar colour to original paint job. Please see photos which show two frame mounts, one presumably for an old style rear light and the other for a full length chain guard. Any ideas on the maker, thanks, Roy 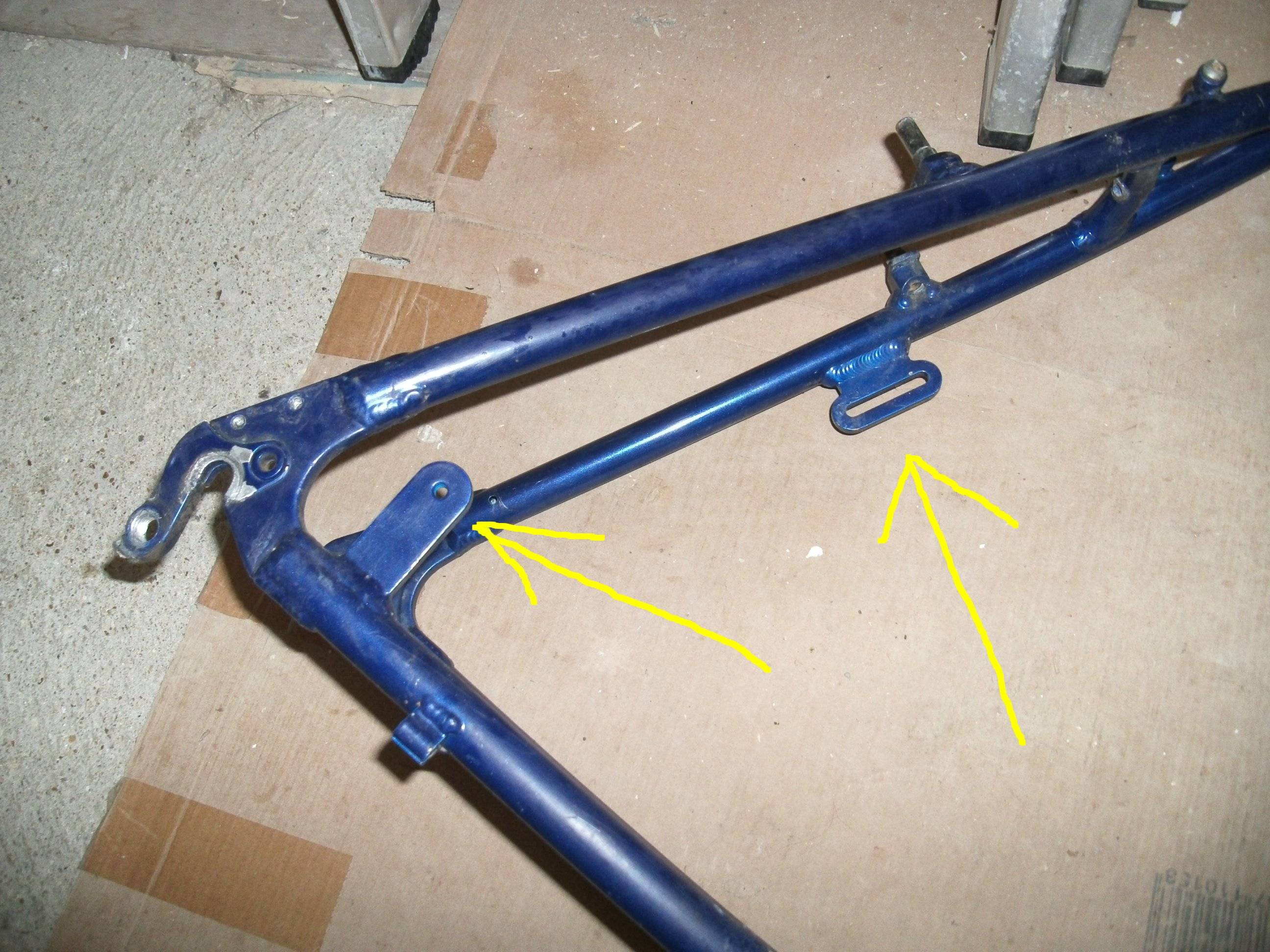 Thanks for the info. It makes sense that the slotted mount is for a dynamo, that never occurred to me. I am in the UK. The derailleur hanger does remove, it secured by a lock ring, and yes has been painted over. The frame number is no help regarding manufacturer it starts with A9B18. There are no markings/remains of decals at all, so no help there. Anyway thank you for your help thus far. I would like to build a bike around this frame as other then an amateur paint job its in good condition.

I see a rear triangle of a double-diamond frame bike.

The brakes are cantilever lugs, and could also be used with V brakes.

There's a mounting boss or a rear carrier, and in the brake bridge I see a hole for a fender/mudguard, but NOT a hole for a caliper brake.

The slotted hole on the left side is to mount a bottle dynamo, and can be adjusted a long way for height. It is unlikely to be for a light because the wheel will obscure it from certain angles - though one might imaging a combo unit with a dynamo and a red light mounted "higher"

The chainstay tab on the right could be for a full chaincase, which is relatively unusual.

I note the derailleur hanger appears to be integral and non-replaceable, but there are two small silver screws - not sure of their purpose.

This frame does NOT have disk brake mounts.

UPSHOT I think you have a touring frame dating from the late 90s or early 2000's. Any earlier and it would have the large-diameter tube common to early AL frames, or it would be steel.
It could also be a "cyclocross" frame, if the tyre clearance is abnormally wide.
It is not a racing frame.
I see the beginning of a loverly bike build, and you have a decent foundation to build it on.

Do please come back in the future and add photos of your build as it progresses, and any other information you find.

Front fork has holes in the side for panniers - Only a touring bike would have such fittings.