I've just laced up a new DT Swiss R470 rim and noticed that one of the nipples next to the rim joint isn't protruding as much from the rim as the others.

I looked in from the outside and noticed that there's a big lump of what looks like glue surrounding the nipple seat. There's excess metal on the side of the spoke hole facing the rim joint, and this glue substance seems to be attached to it. Presumably this is where the sleeve joint has been drilled through?

Is this normal? Can I somehow remove it, or should I return the rim? As is, it's interfering with the wheel build by increasing the ERD at that point on the rim. 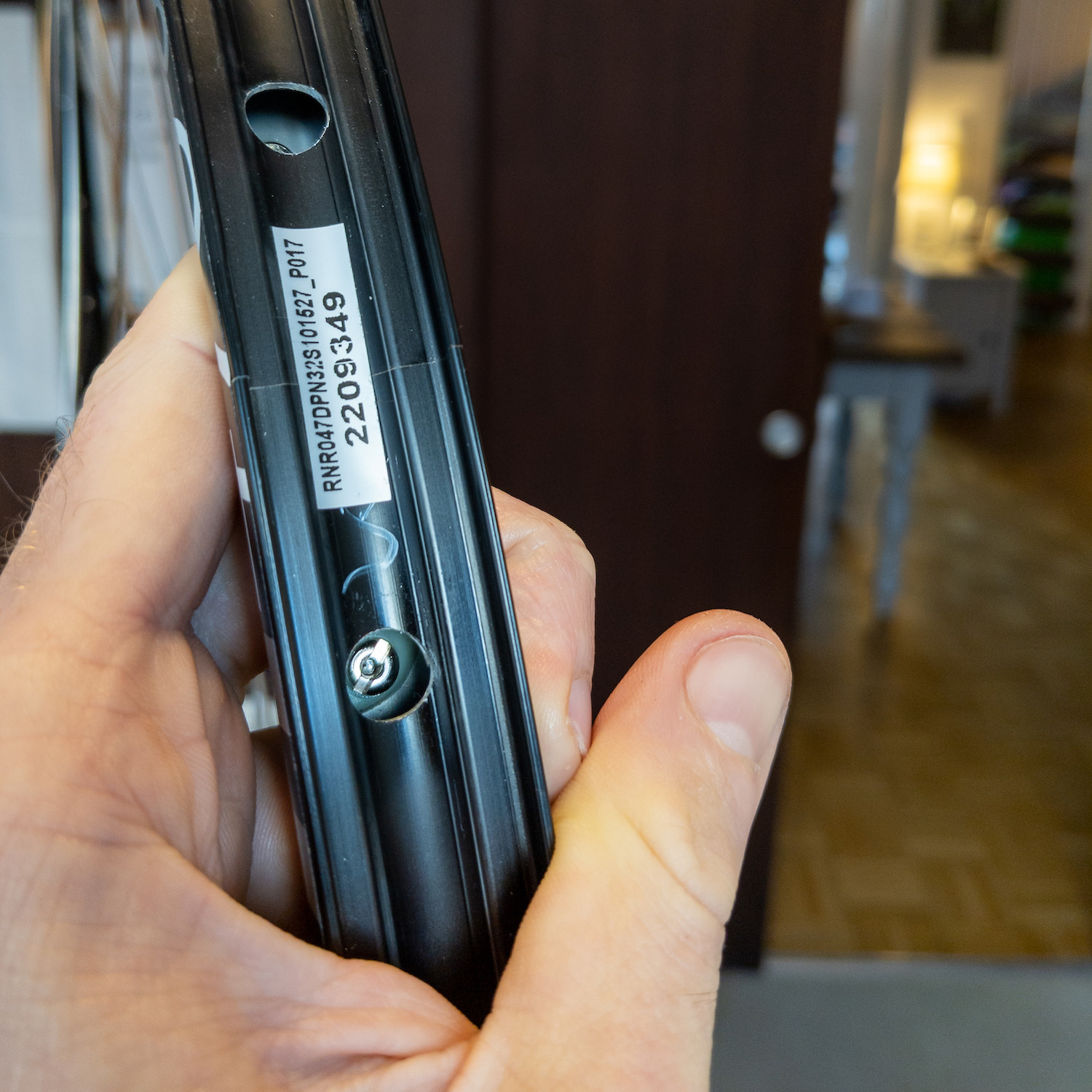 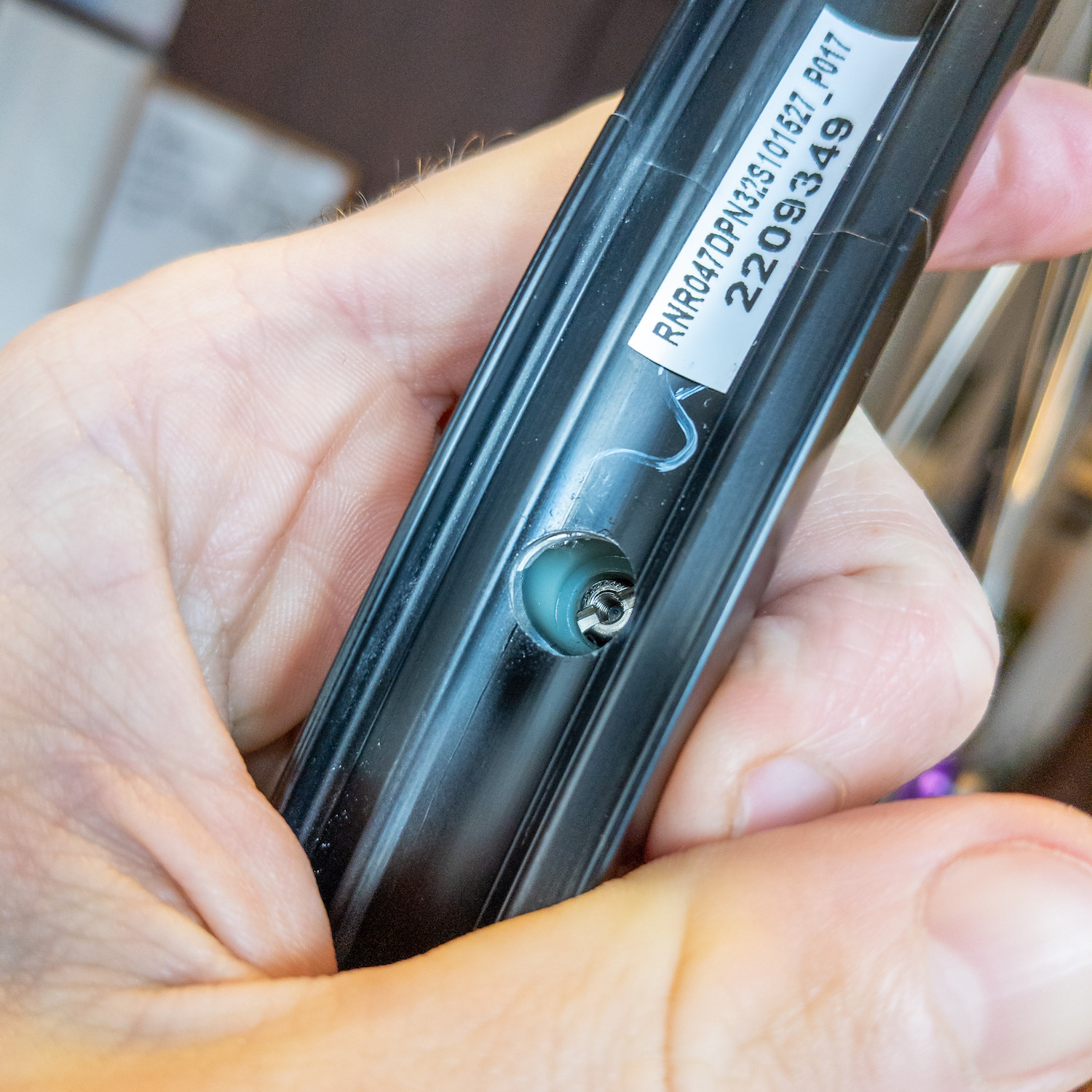 Having the sleeve extend enough to make the seam-adjacent spokes run through it is common. Yes it changes the spoke math there, but only enough to matter if the length chosen was super borderline anyway. Basically don't worry about that.

Here it appears the nipple is sitting on a glob of epoxy. That is odd and presuming it appears to be there by mistake (irregular application/edges, not on the other one) you should probably just clear it away. Yes it's probably a defect on some level but it's also fairly common for a wheelbuilder to have some rim QC steps foisted upon them, so you're in a bit of a gray area, and the hassle of warrantying it is probably worse than the hassle of dealing with it. It would not surprise me at all if once you put the spokes under tension, the force from that broke up the glue under the nipple all by itself. You could also try lightly drilling it (using good control so as to not get into the metal), a swivel deburring tool, or poking at it to see if it chips off. Some builders manually deburr and drill teeny chamfers into every spoke hole of their non-eyeleted rims (which also helps minimize breakage of aluminum nipples by getting rid of any raw edges in that spot), which might help provide some context if taking a drill or other metalworking tool to your new rim feels wrong.

3
Oil/Anti-seize on outside of nipple when building a wheel?
1
What is a nipple driver and would I use one to replace a broken spoke?
5
Spoke and nipple compatibility
2
What size nipple should I use for granny bike rim?
9
What kind of wheels use spoke washers/nipple washers?
2
Common for spoke nipple head to rust but not nipple body?
5
Failure in venerable spoke at nipple: causes?
3
Ordering correct spoke nipple size
4
Spokes go further inside rim than others
2
What is the "nipple head height" of a DT Swiss Squorx nipple?