Why do modern bikes generally have two identically sized wheels?

(Basically a follow-up to Why do all road bike sizes use the same wheel size?)

Why do most modern bikes have two identically sized wheels? I am aware that penny-farthing bikes have been a thing until the modern "safety" bike came around. And some recumbent bikes have small front and a large back wheel.

Why not a big wheel in front and a smaller one in the back for more torque? Or the other way around for that "chopper" look?

I guess because mixing wheel sizes doesn’t offer any advantages?

Some mountain-bikes came or come with “mixed” wheel sizes. Usually a slightly bigger 622mm (29") wheel on the front and a 584mm (27.5") wheel in the back. There have even been ones with 622mm and 559mm. It’s unclear if mixed wheel sizes like that ever really offered any advantages or if they were just a way for the marketing department to sell something new and different. Even the 622mm vs. 559mm debate for MTBs raged for years and decades. Only recently has 622mm finally “won”.

I think wheels on a bicycle tend to be as big as possible. A 622mm wheel is pretty much the biggest size you can accommodate in a normal diamond or MTB frame for riders over 1.6m without compromising on frame geometry too much. If you have to make one wheel smaller it’s probably better to do so with the rear wheel since it’s less important for rolling over obstacles. But then again, most of the weight is on the rear wheel …

Many recumbent bikes have smaller front wheels, but I think that’s only a compromise for frame geometry, not because the small front wheel behaves better.

Penny-farthings were direct drive. The only way to make them faster for a given cadence was to increase the wheel size (and they pretty much went for the maximum size possible for average men leg length).

On top of Michael's answer, that addresses the aspect of bike design: I would guess that one reason for not using different wheel sizes is also linked to logistics: there's already a huge variety of tires, doubling them because you have different wheel sizes would add some logistic nightmare (some may argue that the tires already exists, but from some applications like trekking, road and city, anything other 622 is niche and is rarely available in stock) — and it's also true at home: you would need two sizes of spare tires for little practical benefits.

That being said, utility bikes do benefit from having different wheel sizes. Longtails can have smaller rear wheels (20in rear, 26in front for example), where smaller rear wheels allow loading large items lower down, which is beneficial for stability and makes loading easier (especially if the 'load' is a kid that can't climb in the seat on its own with a 28in wheel). Keeping a large front wheel has benefits from a comfort point of view. 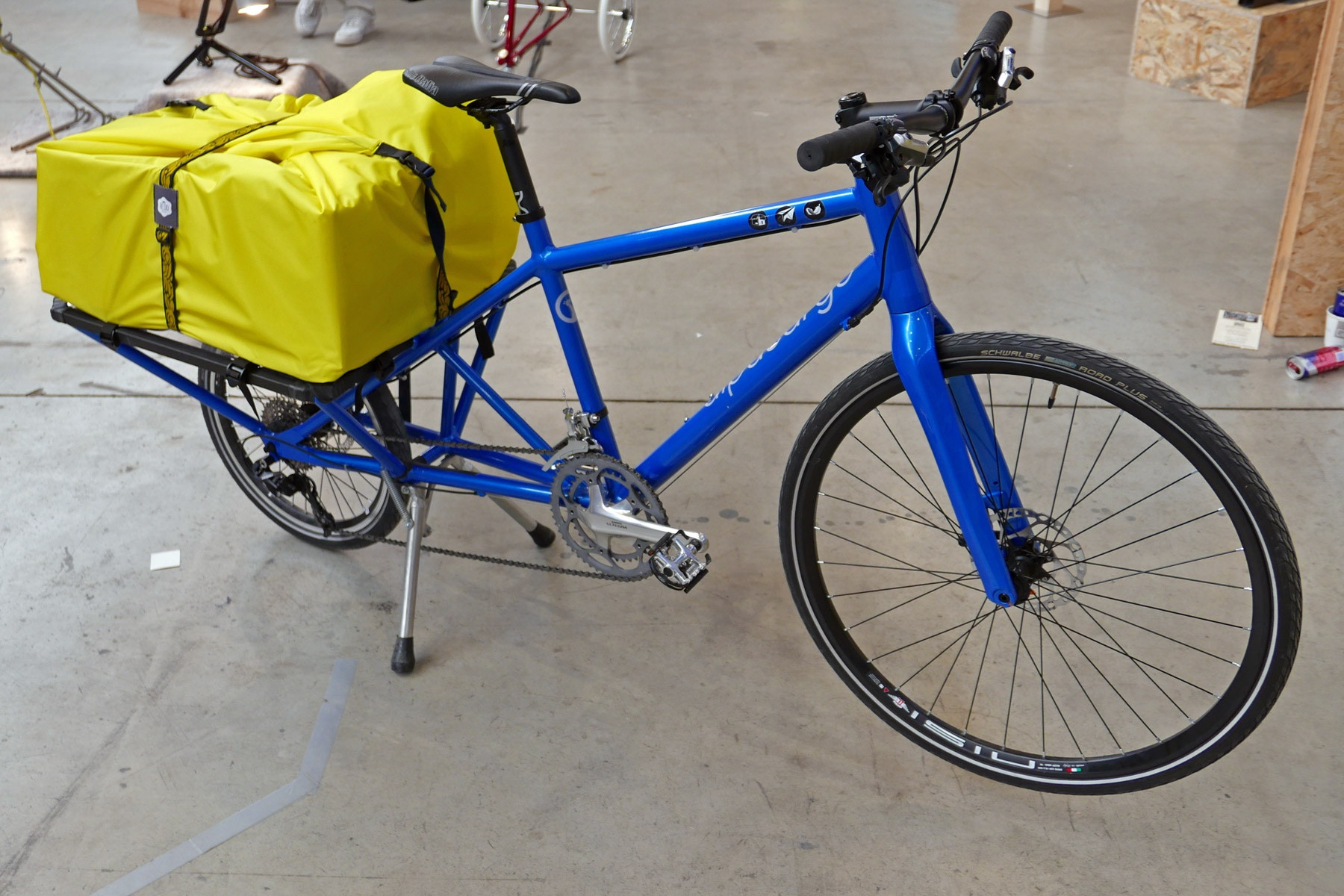 Modern cargo bikes (the ones with a platform in front of the rider) also have (almost) systematically different wheel sizes: I guess that the combination of long wheel base, disc brakes, simpler design and suspension forks mitigate the inconvenience of smaller wheels. 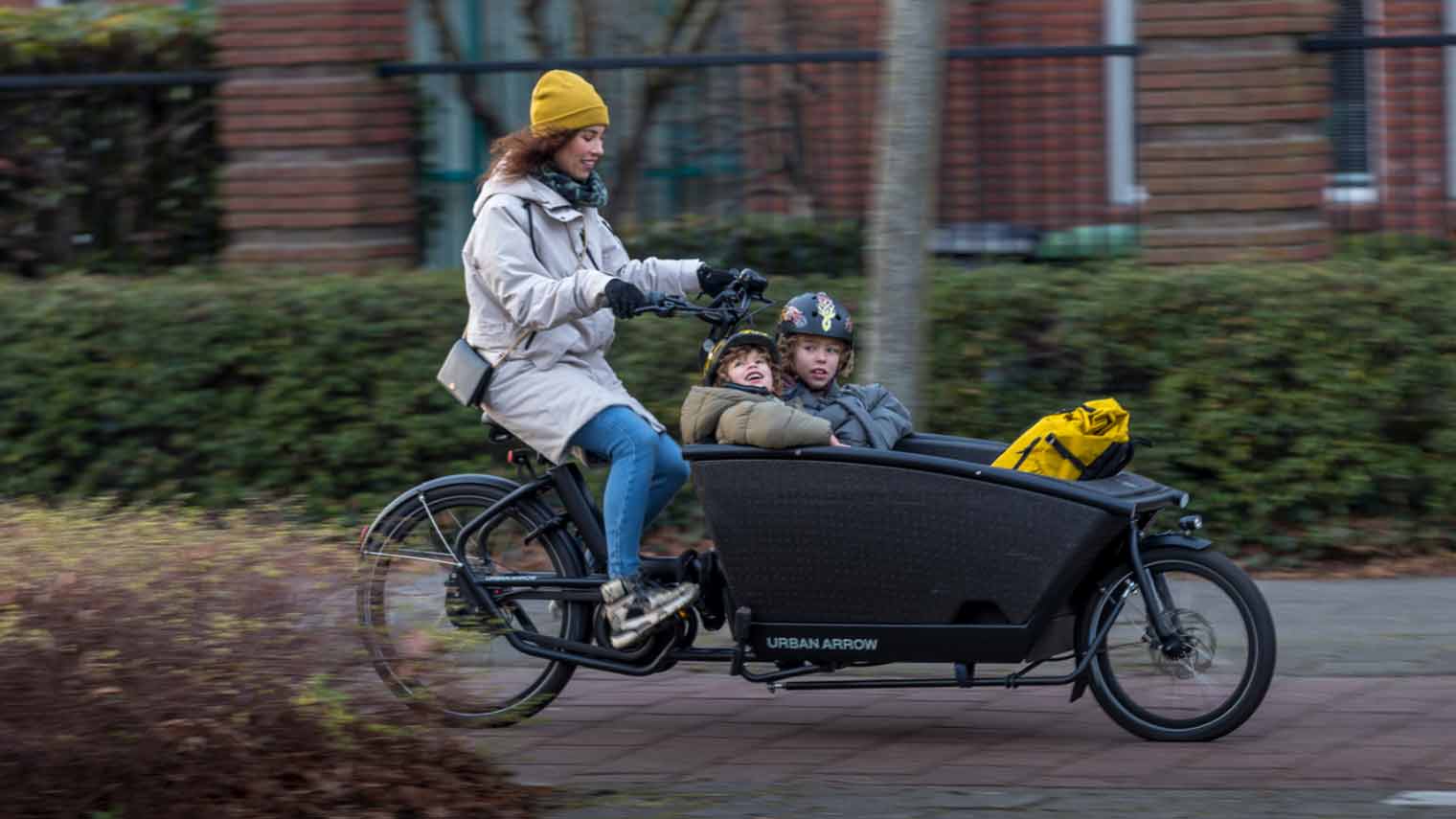 I generally agree with Michael's answer, but will offer another: The UCI forbids it, and the bike industry tends to follow UCI rules even for bikes that will never be used in international competition. 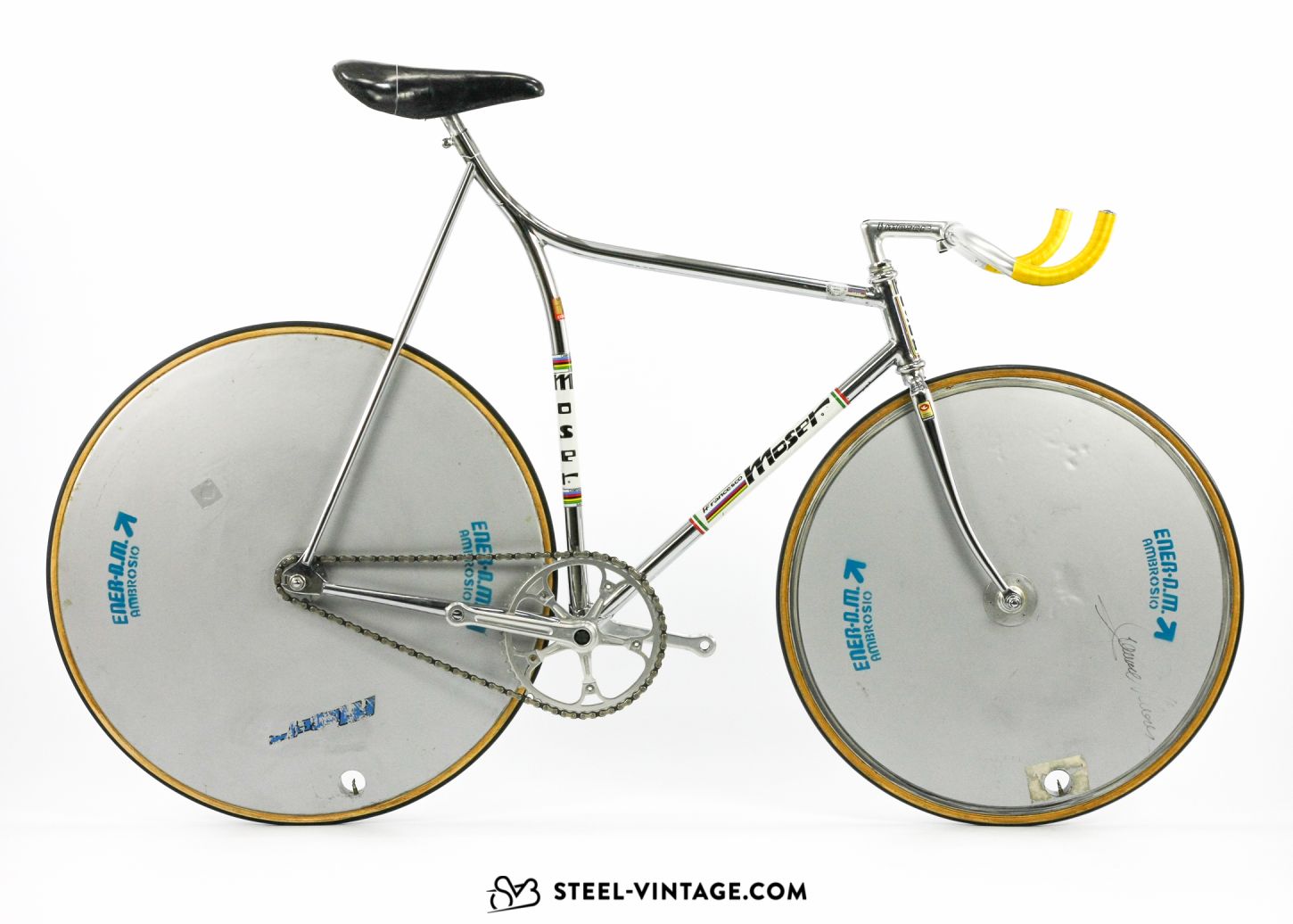 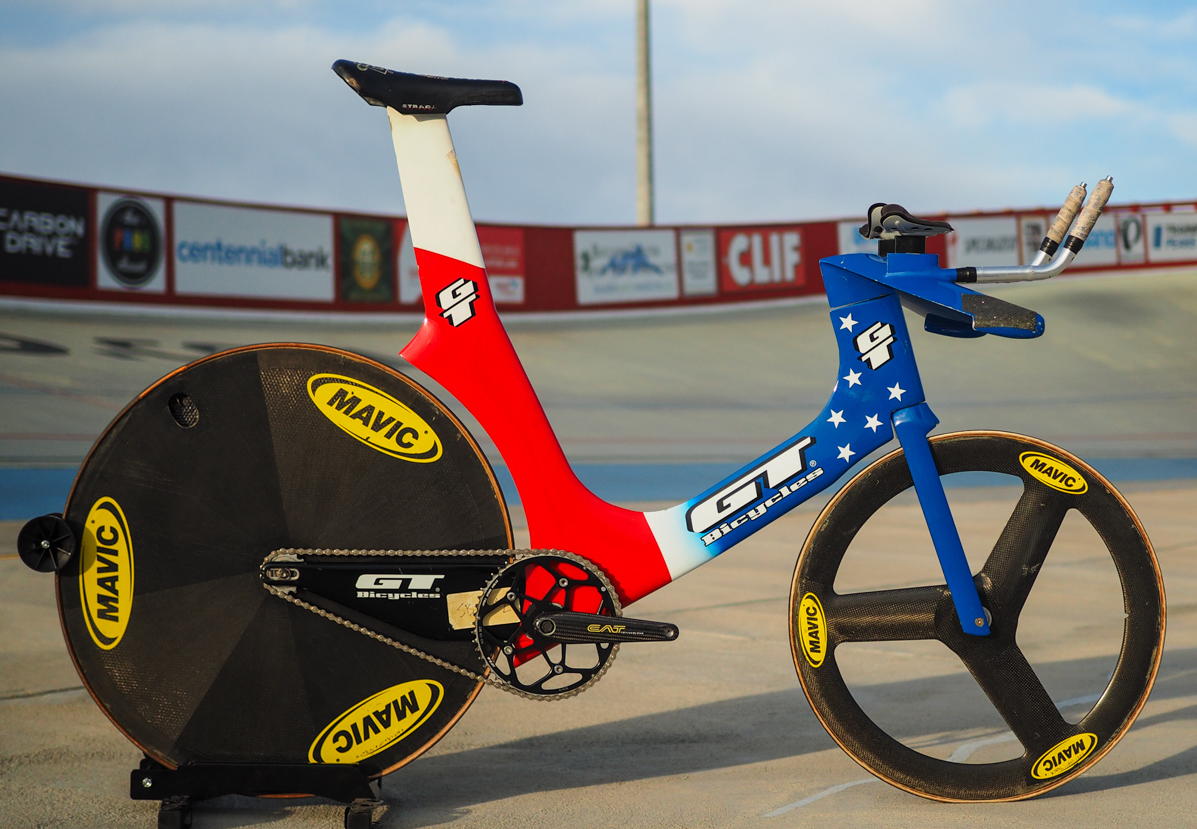 This trend continued into the 90s, especially with the spread of carbon fiber frames, resulting in bikes that looked less and less like a traditional bike. In response, the UCI drafted the "Lugano Charter" in 1996, which required wheels to be the same size, and created an "envelope" for bike-frame design. That was the end of mismatched wheel sizes on road bikes and track bikes. There is one obscure discipline in track racing that's an exception: "derny" or "stayer" racing, where the rider is drafting behind a motorcycle. These have tiny front wheels and reverse-raked forks to allow closer drafting.

Yeah, that short answer that UCI dictates the form is right. As someone who has ridden mostly outcast bikes for decades, it's interesting to see how uniform things are in "normal" bike land, aside from mountain, fat, and cargo.

Recumbents come (came) with different sized wheels in front and back not, I would argue, because of compromises in frame geometry, but in order to meet the different design goals recumbent designers and riders had. Freed from UCI- or mass market considerations, and not caring about fashion, recumbent builders did a lot of odd things to make what they wanted. Lots of it was home-build until the 1990s, and even then, very small production numbers from established makers.

Unless you wanted your feet really high (and many early designers clearly didn't and were looking for more of an upright, lawn-chair type position) then smaller wheel in front got that done.

Most common for a long time was a bigger rear wheel (559 or 622) in the back with a 406 up front. Tadpole trikes are still mostly built that way too. Short wheelbase recumbents were usually big/small or small/small until the late 90s early 2000s when 2x 559, or 571 (later 622) "hi racers" with stick-frame designs became popular. There are even some long wheelbase designs using dual 622s, and they are a trip to ride first time you try.

Personally, though I own some of all of these, I have settled on the small/small combo for almost all my riding and building. I like the snappy handling, light weight, compact design, and the ease of getting a really nice, low-end gear range with standard gearing on a 406 wheel. (I made some <23 pound CF touring bikes that will go in a standard suitcase and have an 18-100 GI range...) With 40mm tires, the ride quality is perfectly adequate on all but the worst surfaces, and a lot better than bigger wheels with skinnier tires (though not obviously big wheels with fatter tires).

13
Why do most road bike sizes use the same wheel size?