What are these parts of the frame called?

I am drafting a question about a frame problem, but I'm struggling with terminology.

It seems "appropriate for stack-exchange" to start by asking about the terminology first.

What is the name of the part that connects the brake pivot to the frame?

And what are the sub-parts of it called?

Here are the best names that come to my mind, followed by some photos.

The whole part: brake pivot base (which is clearly made up of four plates)

Not numbered: Spring sockets (the holes in the "pivot plate") 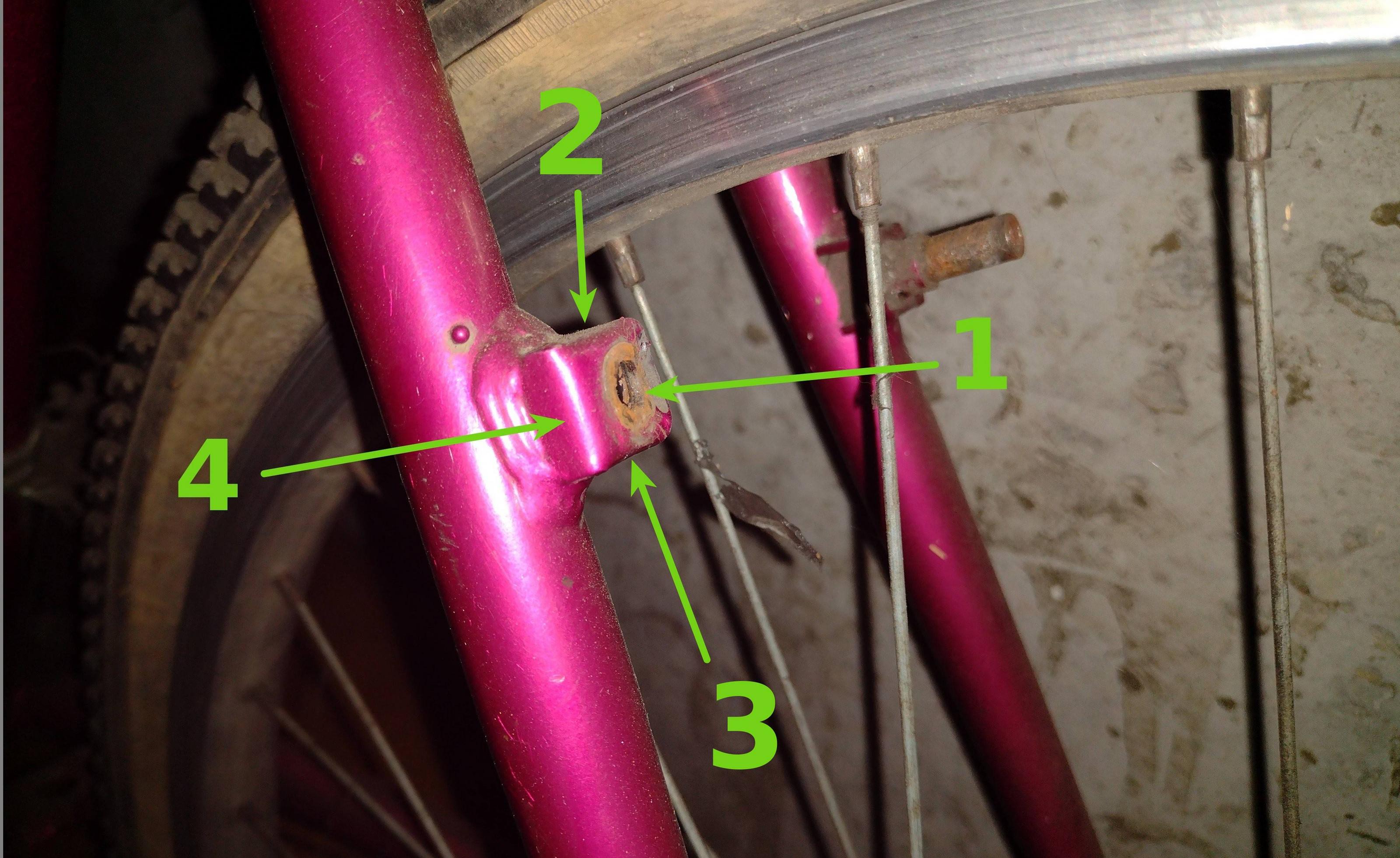 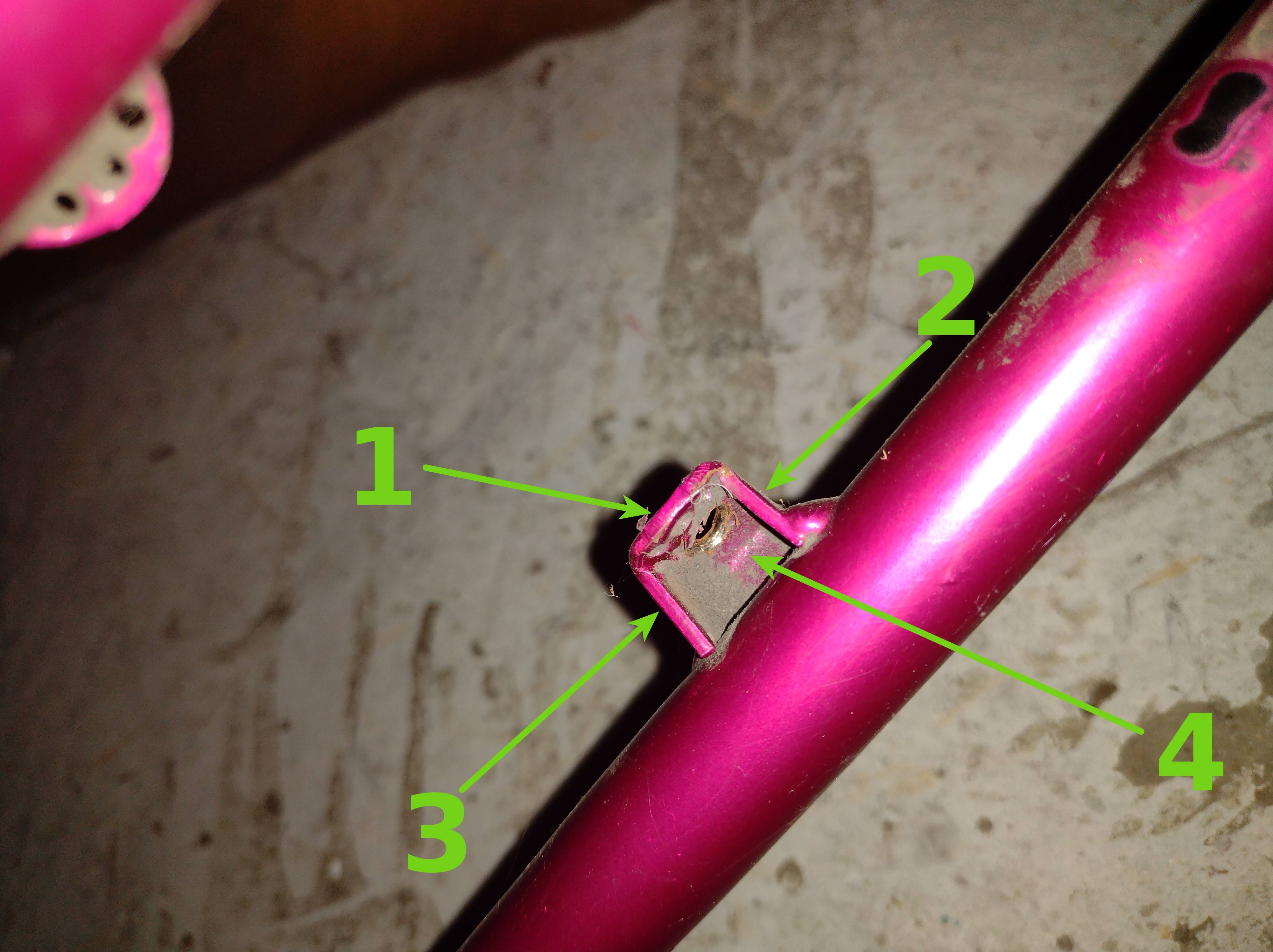 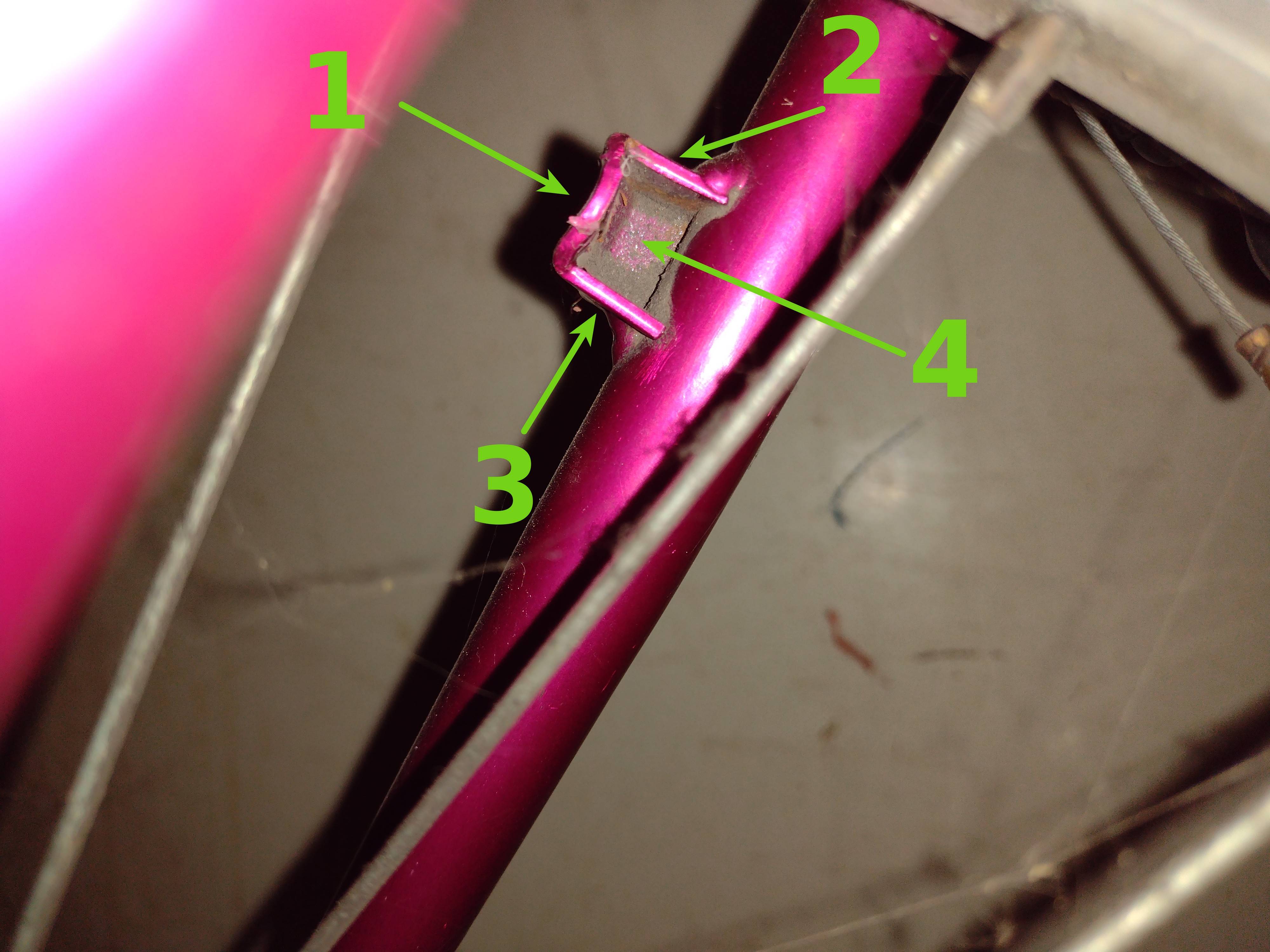 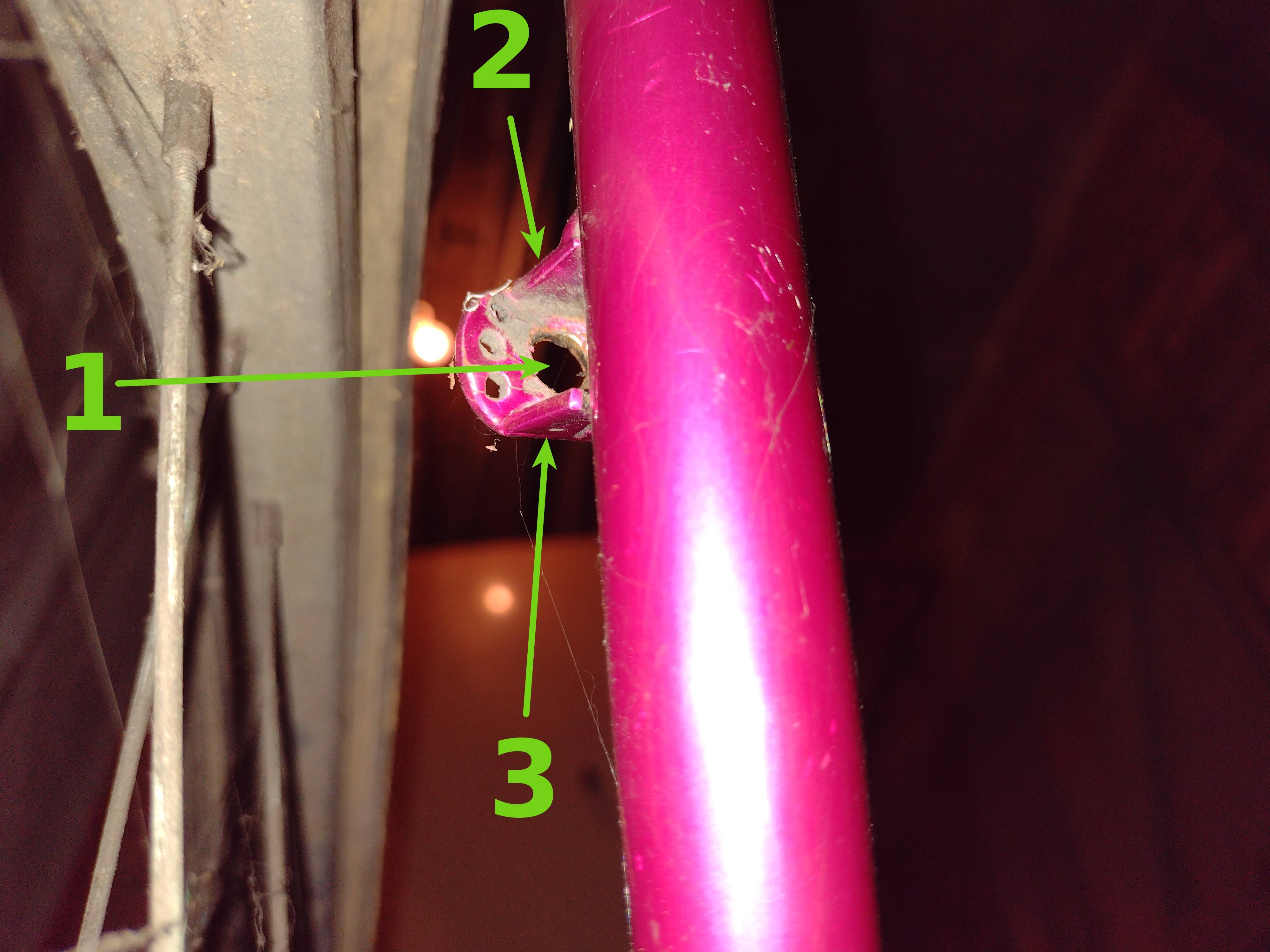 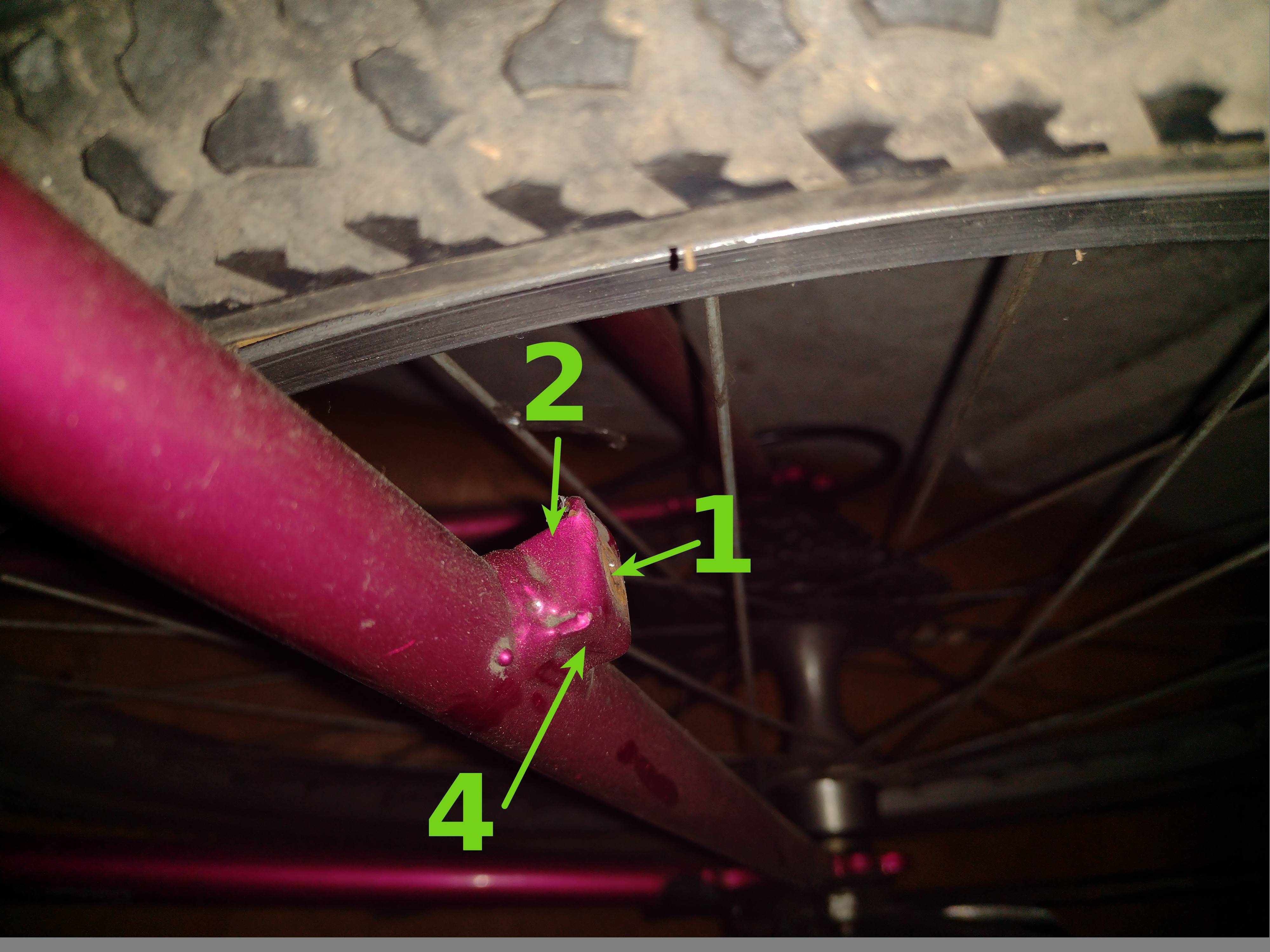 Use of "Brake pivot": Obviously, please let me know if you have an issue with the phrase "brake pivot" in the first place. I'm perfectly happy to call it something else: a caliper stud, a cantilever post, a brake boss, or any combination of the above. Personally I am resigned to the fact that there are many names in circulation, everyone has a preference and we will simply never settle on one name.

Let's stick to the question, please: Once again, this question is just about what the parts are called. Let's sort this out and then I will ask separately how to fix the frame. (I will then link it to this question so if you have some ideas already, then please feel free to Follow or Bookmark this question: https://meta.stackexchange.com/questions/345783/whats-the-difference-between-bookmarking-and-following-a-post)

Who cares anyway?: I know that there are not a lot of bikes like this. The bike is a BSO and I know that modern bikes tend to have a much neater setup. However, I would like to think that a configuration like this is not restricted to BSOs and therefore we will manage to establish some names, perhaps with input from those with experience in framebuilding or just general tinkering. And there is at least one bike with a similar setup already documented on here: Can this damage to my brake mounts be repaired?

I'm realistic: I accept that I probably won't get a link to a website that provides an authoritative answer. Just your loose thoughts will be welcome too. And I will fully accept comments on the value of my guesses: if the names I came up with are rubbish/confusing/ambiguous, please tell, I am not going to demand a better idea from you.

Edit: If you want to offer your thoughts on how to actually fix this, here is the question as promised: Brake post broke off the boss. How do I replace it?

Those are cantilever or V-brake bosses. In cycling, a boss is a bump or protrusion. They are usually mounting points, and in this case the brake boss holds the post that your brake caliper is bolted to. In regular speech, a caliper is a measuring device with arms that pinch the object from outside (or they can expand into a hole). For brakes, the body of the brake itself is called the caliper.

An alternative name for a boss is a braze-on, and in fact, I think bosses are a subset of braze-ons; Criggie's answer contains more details on this term.

The boss you photographed appears to have lost the post that you’d slide the V or cantilever caliper over. That post is internally threaded, and you’d obviously bolt the caliper in place. (NB: v and cantilever brakes have two separate arms, and I am not sure what the proper term to refer to one half of the unit is, so I am going to say caliper. For road rim brakes and for disc brakes, caliper refers to the entire unit.) I assume this can be fixed, and a bike store could refer you to someone who could do this; I am not sure if all bike stores can do this themselves.

The 3 small holes are likely used to set the brake spring tension. I haven’t installed my own cantilever or V brakes, but I think there’s a secondary protrusion that you insert into, usually, the middle hole. Similar features can be seen in rear derailleur pulley cages, if you disassemble yours (most users won’t need to do this), or in some rear derailleur clutches (1x drivetrains will have these, and SRAM puts them on all their road groups, but otherwise these aren’t common on road groups).

For more info, this Paragon Machine Works page shows a titanium brake boss, pictured below. Obviously, there's a threaded hole for the brake stud. I don't know that this has a specific name - it may, but I don't know what it is. 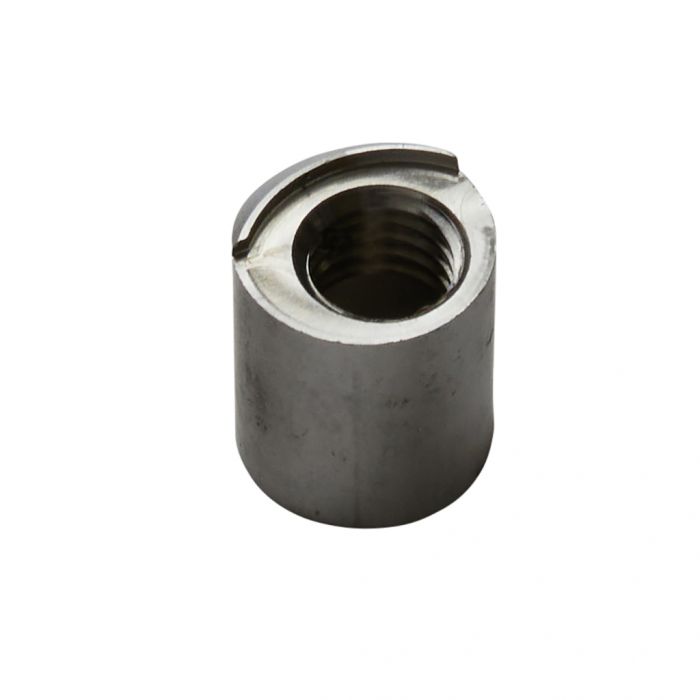 By brake pivot, I tend to think of the brake's pivot points rather than the entire caliper. I think most people with some mechanical familiarity would have understood what the OP was saying. Anyway, Park Tools' page on rear derailleurs illustrates the upper pivot (copied their image below), and the lower pivot (not shown, but it's where the pulley cage attaches to the body). Basically, if we say "pivot", we're usually talking about a point where something pivots around. You attach V- and canti brakes to the brake posts at the brakes' pivot points. Pivot points may benefit from occasional lubrication, although they tend to be good for quite some time. 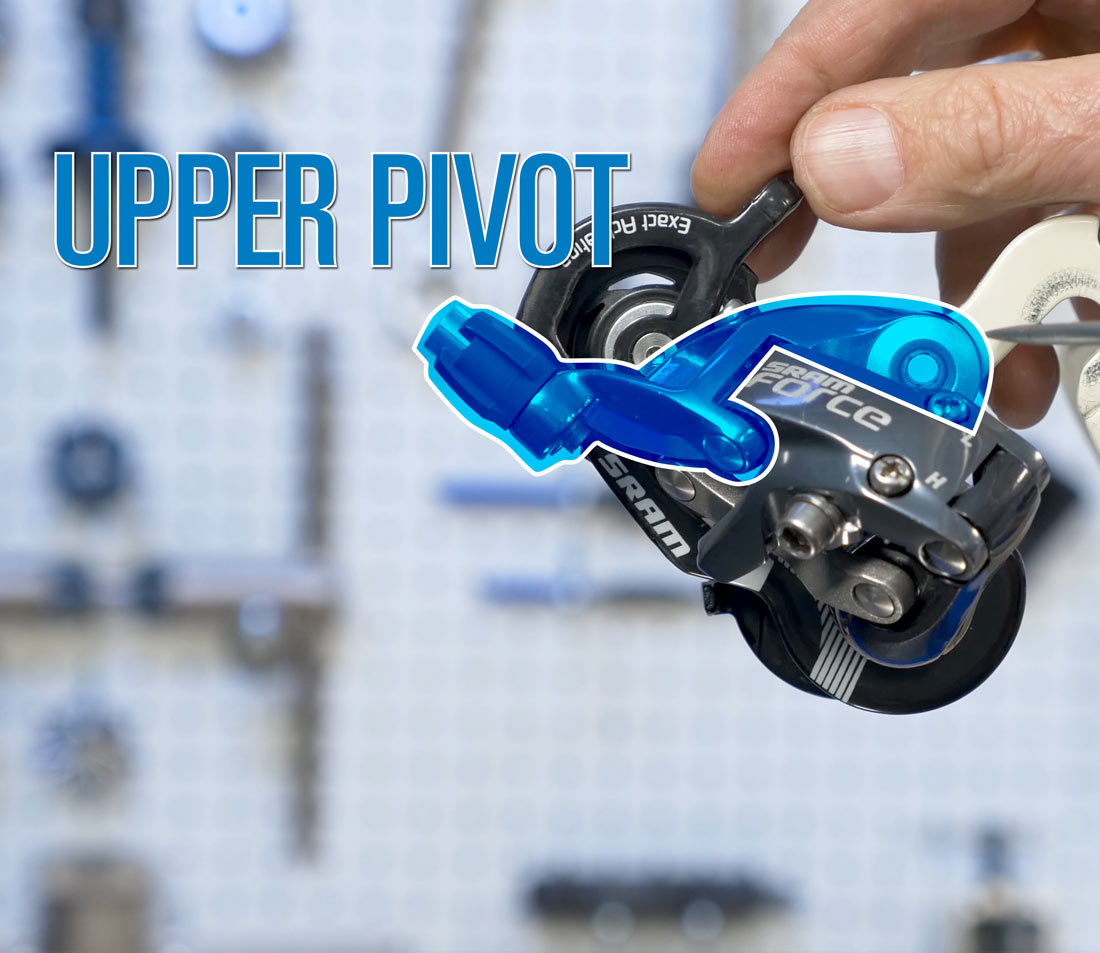 Weiwen's answer is correct - this is a V brake mount, and the three spring holes are part of that.

But the more-general phrase for something like this is a "braze-on" because in the days of steel frames, the little fiddly bits were made separately and secured to the steel frame with Brazing, not Welding.

A frame could have braze-on:

An aluminium frame would probably have these fittings welded on, and a carbon fibre bike would have them moulded in or epoxied in place after coming out of the mold.

4
Brake post broke off the boss. How do I replace it?
3
Can I replace my rear cantilever brake with a caliper brake?
2
Can this damage to my brake mounts be repaired?

3
Bottom bracket for framebuilding
5
I'm a bit confused on bike shoe terminology. Particularly regarding Look KEO Plus Pedals - what is required to use them?
6
What are the reasons for these two very different post mount adapter designs?
3
RIm brakes squealing in wet conditions
3
What are these cable "unions" called
2
What are the typical range of maximum braking friction forces?
3
Why dual pivot brakes, not longer brake arms?
2
What are the times and costs involved in assembling a rideable bicycle from a salvaged frame?
4
Brake post broke off the boss. How do I replace it?
3
Can I replace my rear cantilever brake with a caliper brake?