A thick crack has appeared on the rear side of my carbon frame near the seat post. The crack formed after adjusting the seat post to the maximum recommended height.

Is this possible to fix this with epoxy or something else?

Could a much longer seat post reduce the risk of further damage?

EDIT: the strange thing is that it doesn't actually look conventional like a crack at all. The the end of the 'crack' is very blunt, as though someone took a hack-saw with a 3mm blade and cut right down it. There is also a slight bulge as though the seat post were slightly too big for the tube. 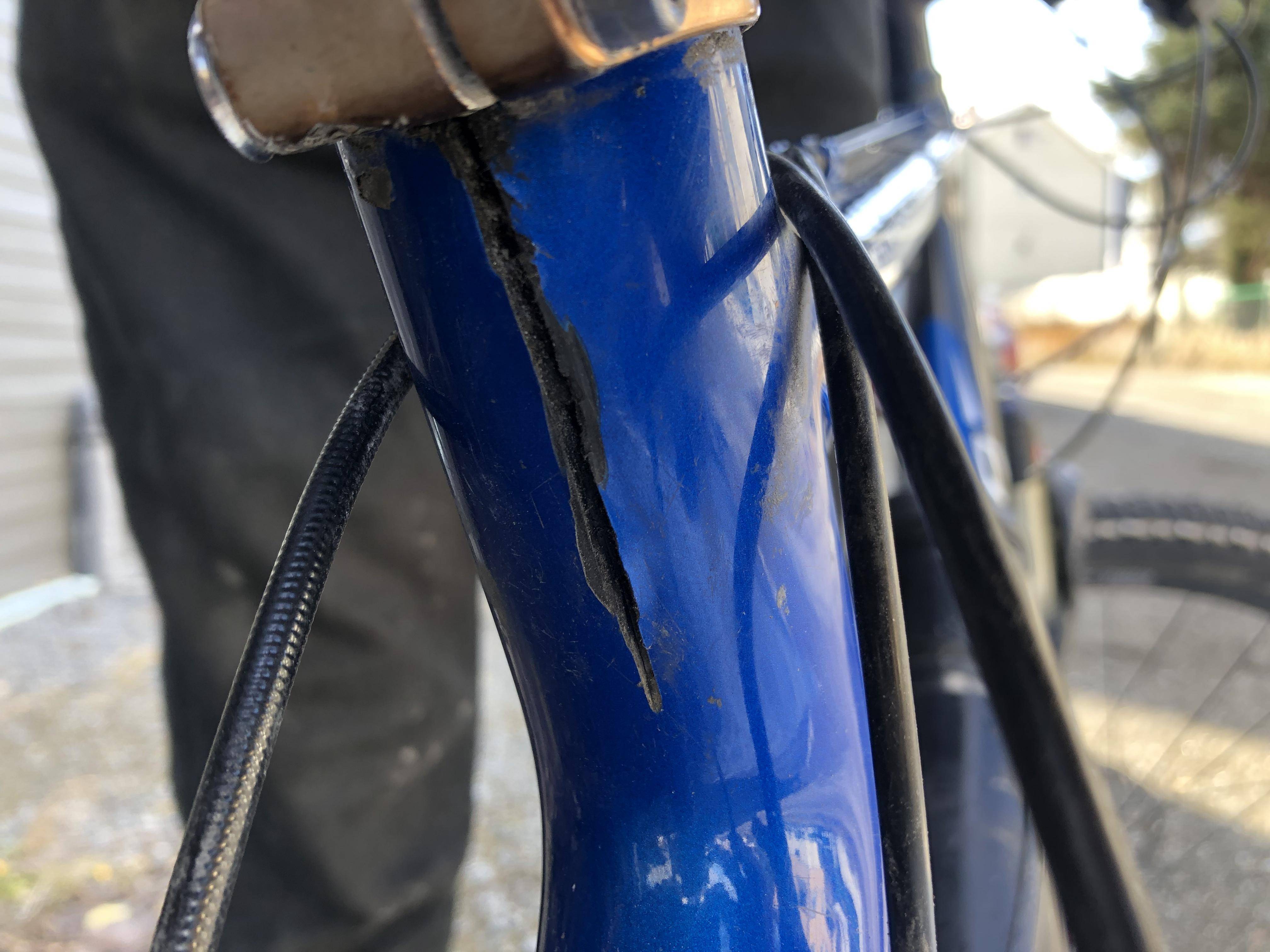 I would not ride that frame as is, the crack will continue, and failure of the frame would be almost inevitable. It is very hard (impossible) to perform an effect repair DIY, so I would not attempt it.

It might be repairable by a specialized carbon repairer, and if so, a long seat post would be highly desirable (and may be specified by the repairer).

As far as how it happened, likely the crack formed before thee adjustment, and adjusting the seat post (more specifically, releasing the clamp) allowed it to open up. A wild guess could be overtightening of the clamp crushed the Carbon Fibre creating a weak spot allowing it to propagate down the tube from sideways loading. Another possibility would be sideways impact/shock load - crash or dropping the bike so the seat hit the ground hard.

13
Metal seat post with carbon fiber frame?
1
Carbon frame cracks
4
carbon seat post to carbon seat tube - necessary to loosen periodically to prevent seizing in place?
7
Cracked seat post
3
How to check carbon frame for cracks
8
Is this a cracked frame?
0
How to remove alu seat post from carbon frame?
2
Is this cracked?
1
Saddlebag clamp on carbon seat post?
8
Frame dropout cracked, what can I do? (Allied Alfa Disc / carbon)