Does a z-shaped cone wrench exist?

This is a massive cone, and I was under the mistaken belief that if it remains perfectly smooth, I can either overhaul it yearly, or grind it with a Dremel and repack the grease every two years, and it will basically last forever. 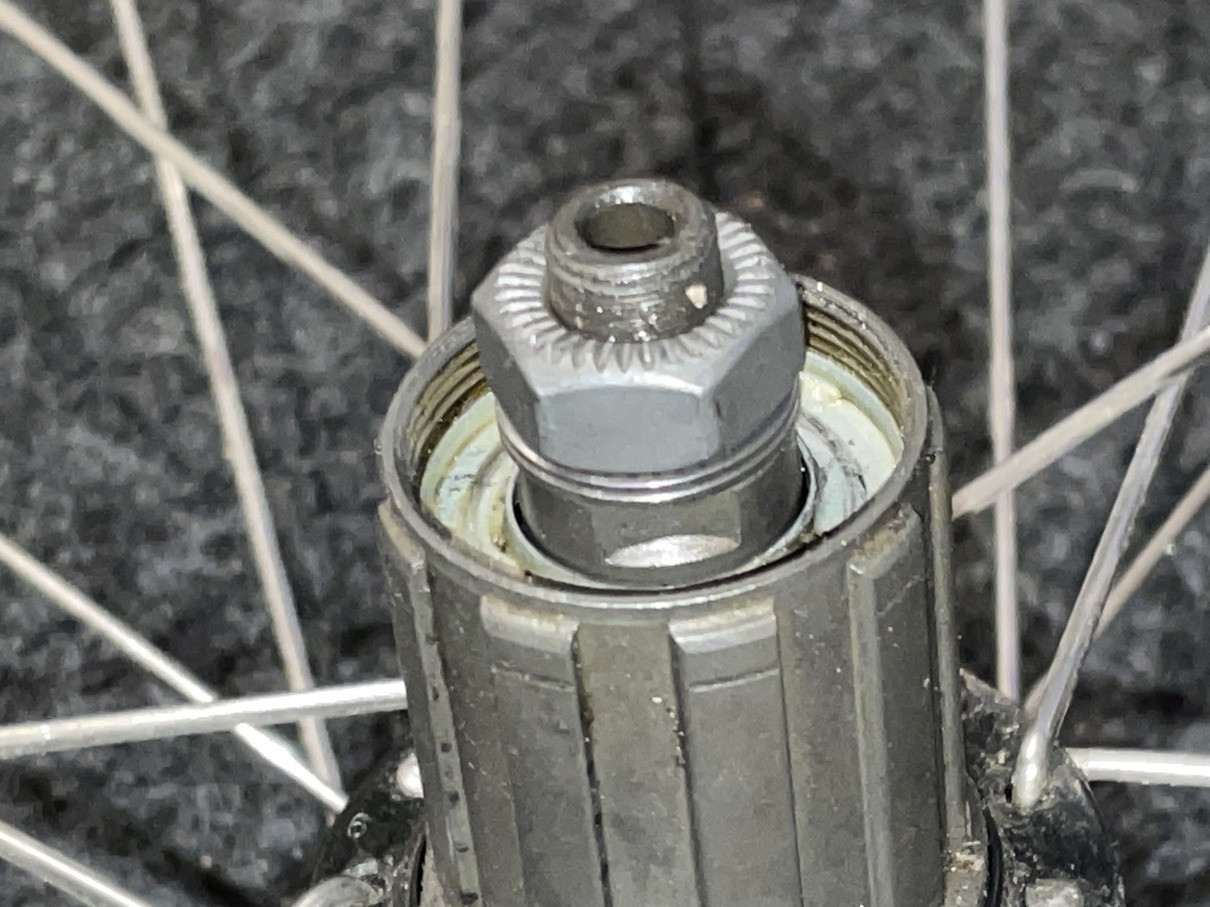 But all is not well. The fancier cones seem light, even flimsy by comparison. They have little to grind away. But after removing 1 mm and adding the correct washer to fill the gap to ensure that the O.L.D. remains a precise 130 mm, the cone moves inwards, and the cone wrench cannot reach it.

Does a z-shaped cone wrench exist?

I'm expecting that the answer is "no". I've replaced the wheels anyway, but it would still be nice to know whether these wheels can be ridden all the way, or at least hang around as an emergency spare part rather than go to landfill.

Incidentally, a pair of wheel have (obviously) four cones. This little issue doesn't arise with the three other cones, which makes it a bit more perplexing whether the (free)hub side cone can also be made to work. Thoughts? Adding the washer on the side opposite to the freehub means that the two wheels will no longer be aligned. How significant would that be?

Such a tool might be convenient. I wonder if you could cut one from a stout teaspoon or dessert-spoon. I've never seen one in person or for sale anywhere though.

I've come across rear wheels built like this before - generally its that the right-hand cone is too short for the freehub that is fitted. That might be a previous owner replacing things, but it seems more common "as-built".

Notice the stackup of washers - if that thickness was part of the cone nut you'd have less difficulty getting a cone spanner onto that nut, perhaps with a thinner outer locknut too. Perhaps someone's increased the OLD of this wheel, or chose to replace the freehub and had to re-space things.

My method for dealing with these is to remove the axle from the hub by undoing the left-side nuts, doing a good clean and regrease and replace bearing balls if needed, then fit the right-hand side cone and locknut together hard. I may even use threadlocker if its on a bike of mine. All bearing preload adjustment is done from the left hand side.
The only gotcha is to make sure the axle stickout on the righthand side is less than the dropout's thickness, presuming QR skewers.

If you're grinding the race to refinish it, consider making your own cone nuts? It's not a whole lot harder if you have access to the right taps, and can heat treat the bearing surface some.

Not the answer you're looking for? Browse other questions tagged wheels hub freehub cones or ask your own question.

3
What's the cone wrench size?
4
What size cone wrench am I likely to need for a Trek 1.5 2011 Compact rear hub?
1
Where to find a 14.4 mm long and 16.9 mm wide hub cone?
5
Is axle cone pitting more common on rear drive side?
4
Is this cone nut in proper condition?
2
Cone of axle damaged?
1
Front axle cone replacement - sizing
1
How do I get this cone nut off?
5
Servicing worn out bearings cone
2
Are Shimano cone part-numbers sold in packs of ten and not available to consumers because they are meant to be dealer items?