Where to mount a bell on drop bar handlebars to make it accessible while braking?

Since my commuter bike was stolen, I'm now forced to use my road bike as a stop gap commuter until I find a suitable replacement. The road bike is already equipped with a bell, but it's currently mounted near the center of the handle bars, which makes it inaccessible when braking. This is not ideal for city riding, as you'll often find yourself in situations where you'd want to brake and ring the bell at the same time.

I would like to hear what experiences you have with different bell mounting positions with drop bars. Especially how they work with ringing the bell while braking, or at least without having to move the hand away from the brake.

I made up little stub bars that wrap around the drop just below the brake. It is 3d printed, and is clamped together by heatshrink tubing. The middle part is under my bartape. I have the same setup on both my dropbar bikes.

Stub resembles a barend, and has a diameter of 22.2mm same as normal handlebars, so its essentially a bit more handlebar. Around this stub I have an Air Zound airhorn.

When riding, my left hand's thumb rests right about there, and I can brake and toot at the same time.

Bells are not mandated here, but I've occasionally had the need for a good airhorn while riding. 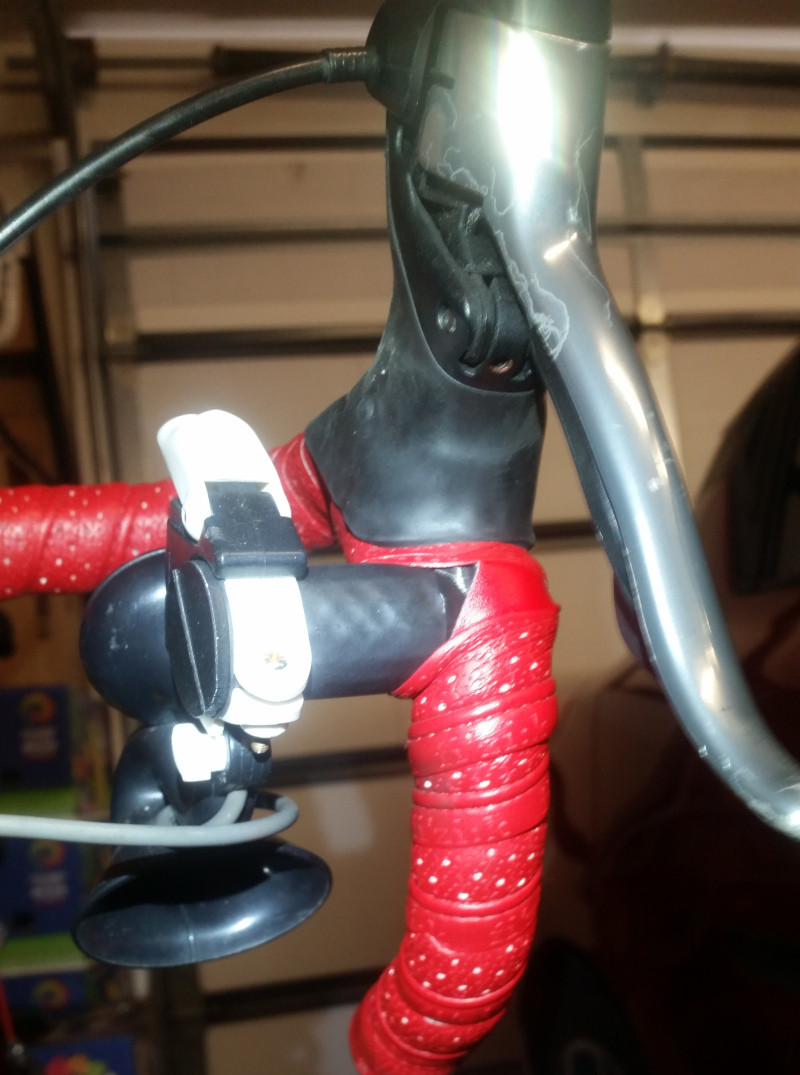 The stub is that long so I can still get my left thumb around the brifter for a good grip while riding hard. Any shorter and my thumb would not get around the base of the hood.

I just put the bell at the tops. For some reason I normally put it on the left side, but I think the right side is basically the same. Basically, one side gets the bell, the other side gets the front light. Which is which is not very important, but perhaps it is better to have the light closer to the road centre. The difference will be small, though. 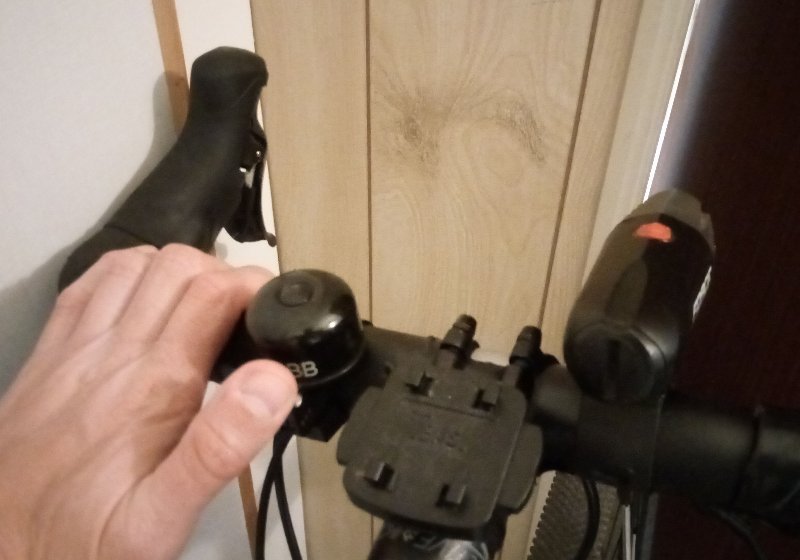 I use O-ring bells (my model is BBB Loud & Clear Deluxe which has a very loud sounds, far better than many cheap bells). They can be mounted at any position of the handlebar. Usually O-ring bells are supplied with several different length O-rings and the mounting brackets for the O-rings have several positions, so practically any handlebar diameter between 22.2 mm and 31.8mm works, wrapped with bar tape or not. In the worst case, you may need to buy a differently sized O-ring but it shouldn't cost much.

You can even mount the bell on a stem if you don't have enough room elsewhere.

If you want to ring the bell at the same time you brake, it shouldn't matter which side of the handlebar you mount it to, because it's not a good idea to brake hard and at the same time do something else (such as ringing the bell), so you can use either brake, front or rear, while ringing the bell because only really hard braking needs the front brake. One hand brakes, the other holds the handlebar near the bell. You may need to reduce the braking force momentarily when you move your hand to the bell, but when the hand is grasping the handlebar near the bell, you can increase the braking force again.

Some bells are designed to be used with drop bars. They are more compact than traditional bells and are fastened through a flexible collar rather than a rigid one, to allow to fasten them on the hoods. 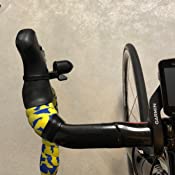 I clamp my bell over the inboard end of the bar tape. I can't remember if it's the one that came with that bike, but it's designed for a larger diameter than the naked bars except right next to the stem (where my aerobars wouldn't fit with it anyway). It's reachable with my left (back brake) hand on the bar tops, or a small movement from the hoods.

To my mind a bell never needs to be reached urgently - urgent noise is by voice which is more effective. Of course you may want to suddenly brake when you were planning on using the bell, and that's easy with just the front brake, or it's quite a small movement back onto the brake.

Not the answer you're looking for? Browse other questions tagged drop-bar or ask your own question.