What is this "padding" on screws?

I removed my rear brake caliper for the first time, and found this white soft-to-the-touch padding on the screws. What is it? It was quite difficult to remove the screws and this must have been the reason. The caliper was mounted with an adapter but there was only a single screw to hold both the caliper and adapter to the frame. 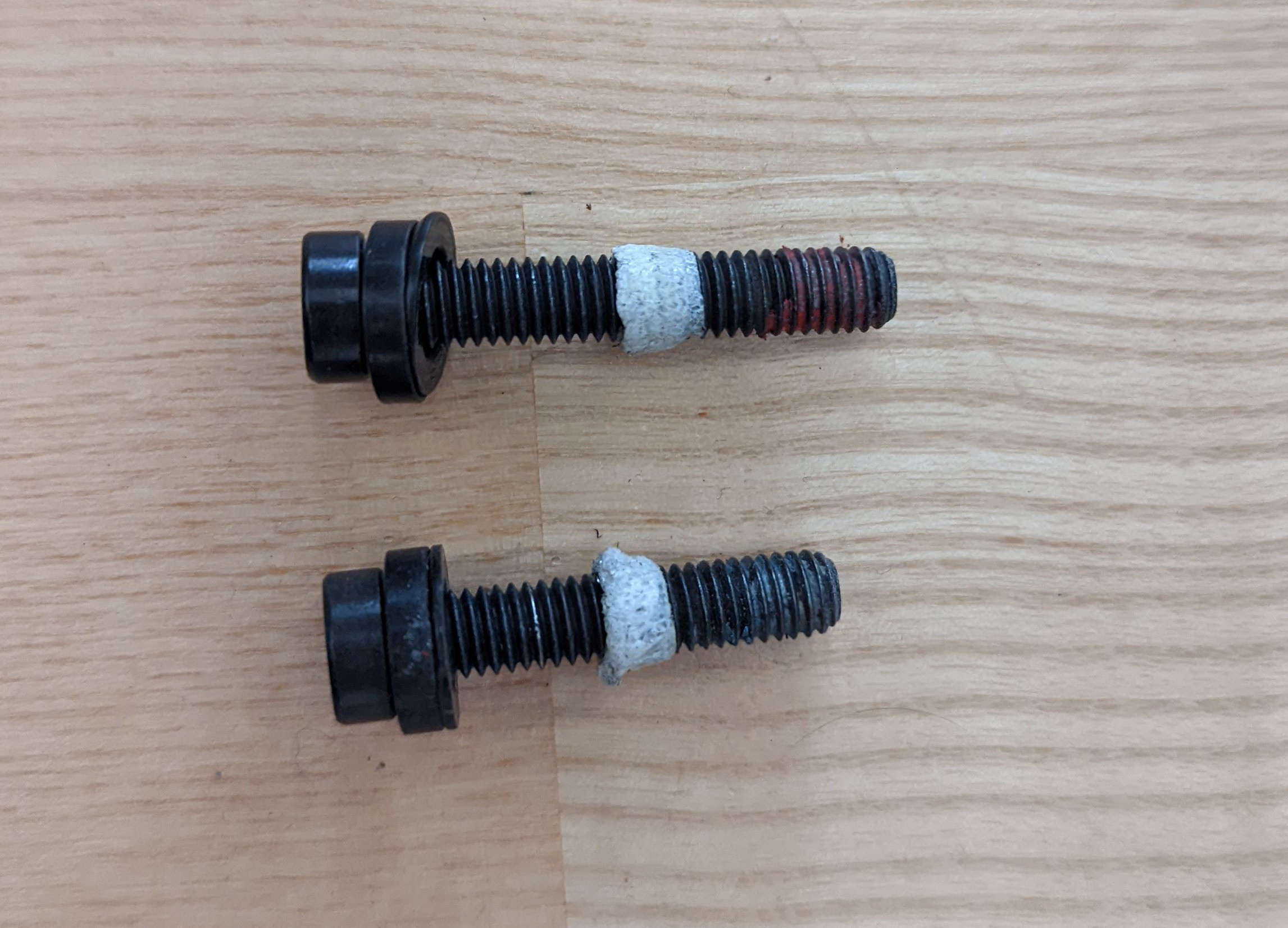 More importantly, can the screws be re-used in their current state, or does this "padding" need to be replaced?

Note: I am not asking about the red and blue threadlocker at the end of the screws, but the white stuff in the middle.

Update: I found an image of this part, showing the same white foam on the screws: https://www.bike-components.de/en/Magura/Disc-Brake-Adapter-for-180-mm-Rotors-p63867/#product-image-6

It appears to be either a (now weathered/aged) moisture seal to prevent water from getting into the caliper mounting threads OR a a crude alignment aid when initially installing the caliper.

I think it is a type of "loctite" paste that prevents screws from working loose during use , vibration , heat , cold etc.. Leave it on and reuse it when fitting the screws back again. Make sure screws are tight but do not overtighten.

Not the answer you're looking for? Browse other questions tagged brakes bolt or ask your own question.

3
Rear wheel not centred, presses against one of the brake pads (Rohloff hub, Magura rim brakes)
4
How do to determine if an adapter is needed for disc brakes and rotors?
3
What size is the tiny ball bearing used in SRAM rim-brake caliper quick release detents?
2
How do we understand if caliper brakes can be installed on the frame?
2
When replacing brake pads, brake loses its grip
0
Upgrade 160mm to 200mm disc brake rotor
2
New disc-brake, rotor, pads; terrible braking performance
5
Mechanical Shimano Deore Disk Brake - How to fix lack of bite/grip
2
Front brake lacks 2mm in reach. Can it be ironed out?
3
Cantilever brake is missing its mounting screws and washers, how do I replace them?