I've recently installed an electric kit to my bike and have had the tyre blow off on the new rim twice like the pictures below. The first time was just after inflation and the second was after a 30 mins ride.

The tyre is very loose on the rim before inflating, so I'm wondering if the tyre is just too big. I'm easily able to get it on the rim without any effort. But after reading, it seems most times it is operator error.

My rims/tyres are 622/29ers (sorry if my terminology is wrong) and the ebike kit is also for 29er so I've gone with the assumption the tyres should fit. The old rim and new ebike rim are the same size.

Right now I think I'll just head to the bike store and get them to put a new tyre on the rim since I'm worried the old tyre is knackered. I was just curious if anyone had any advice or seen blow outs like this before.

The two rims are almost identical in size, width and diameter, that's why I'm a bit confused. The tyre is 2.25inch, just looks massive because the tube is pushing out. What I haven't done is check how loose on the old rim the tyre is since I've never taken it off and in before. I'll do that tomorrow.

This was at 38 psi, which is in the middle of the recommended pressure range.

Both rims are 25mm in width, that's pretty standard?

The missing front brake - I'm waiting for a new rotor to arrive since the old rim was centre lock and the new rim needs the 6 bolt version.

EDIT: @Andrew Henle - thanks for the charts, these are useful. I measured a day or two ago, both rims were approx 25mm outer to outer, so I understand what you are saying based on the chart. That said, the rims on the bike when I purchased it are 25mm outer to outer with the same tyre, and I didn't have any issues (noting I have never taken the tyre off until now). Also, if the inner is 22-23mm then the tyre width is still in the compatible range. The ebike manufacturers said the rim could take a 3inch tyre.

I'm going to take it into the bike store tomorrow and ask them to fit a suitable tyre and see how that goes. I'm not confident in the old tyre now anyway, I am worried it is damaged. My gut still tells me that the tyre is oddly too big of a diameter for the rim, this post (What to check after blowing tire off rim) suggests that some tyres might be a tighter fit than others.

Thanks for all the help/advice, I'll let you know what the bike shop says.

EDIT: I just measured both rims and they are within a millimetre of each other, being around 22/23mm. The other thing I can confirm is that the deflated tyre in question is definitely loose on the new ebike rim than the Cube rim that came with the bike. So I can't help but feel the ebike rim is marginally smaller in diameter than the Cube rim. Off to the bike store tomorrow to see if they have a tighter fitting tyre 🤷‍♂️ 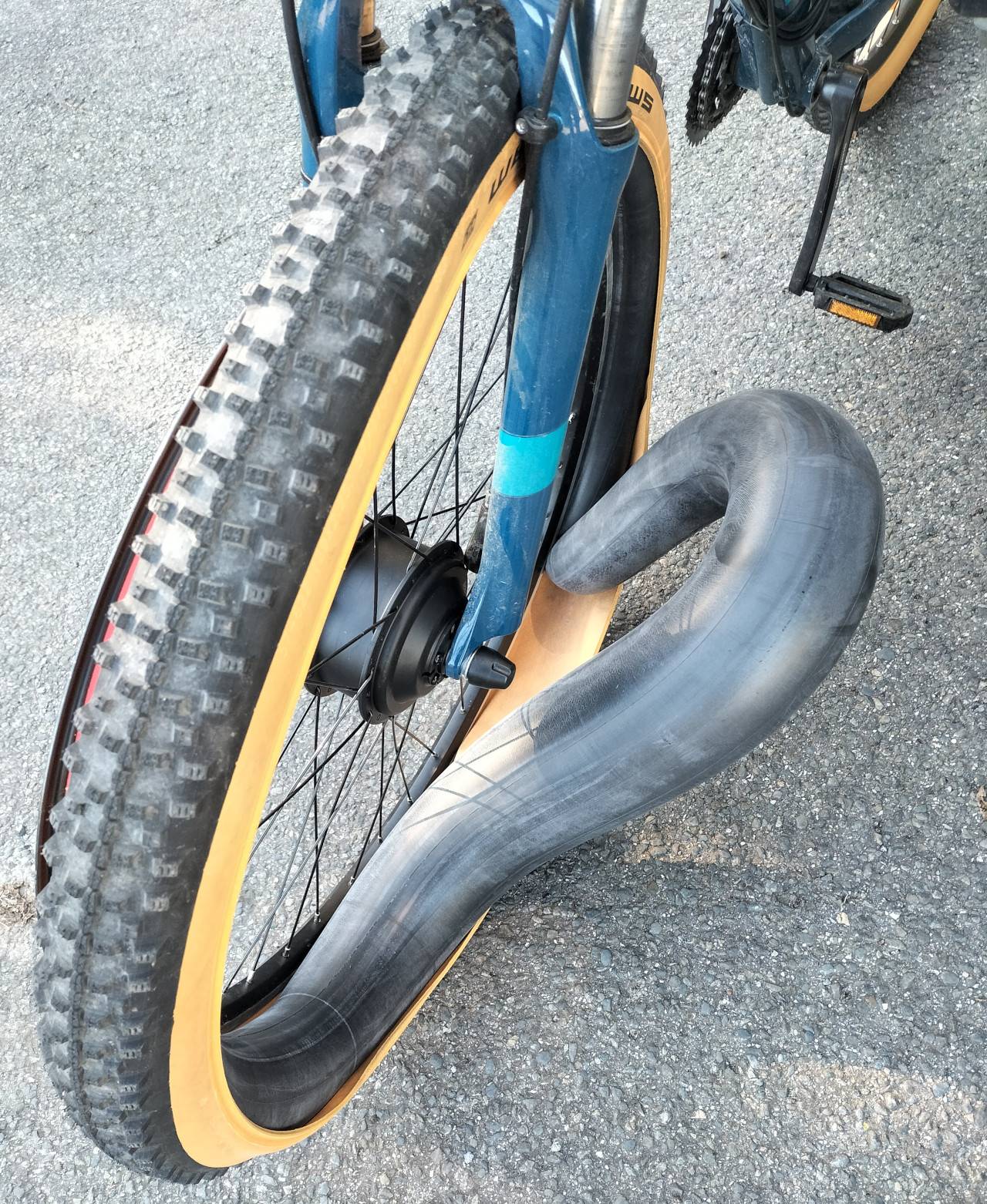 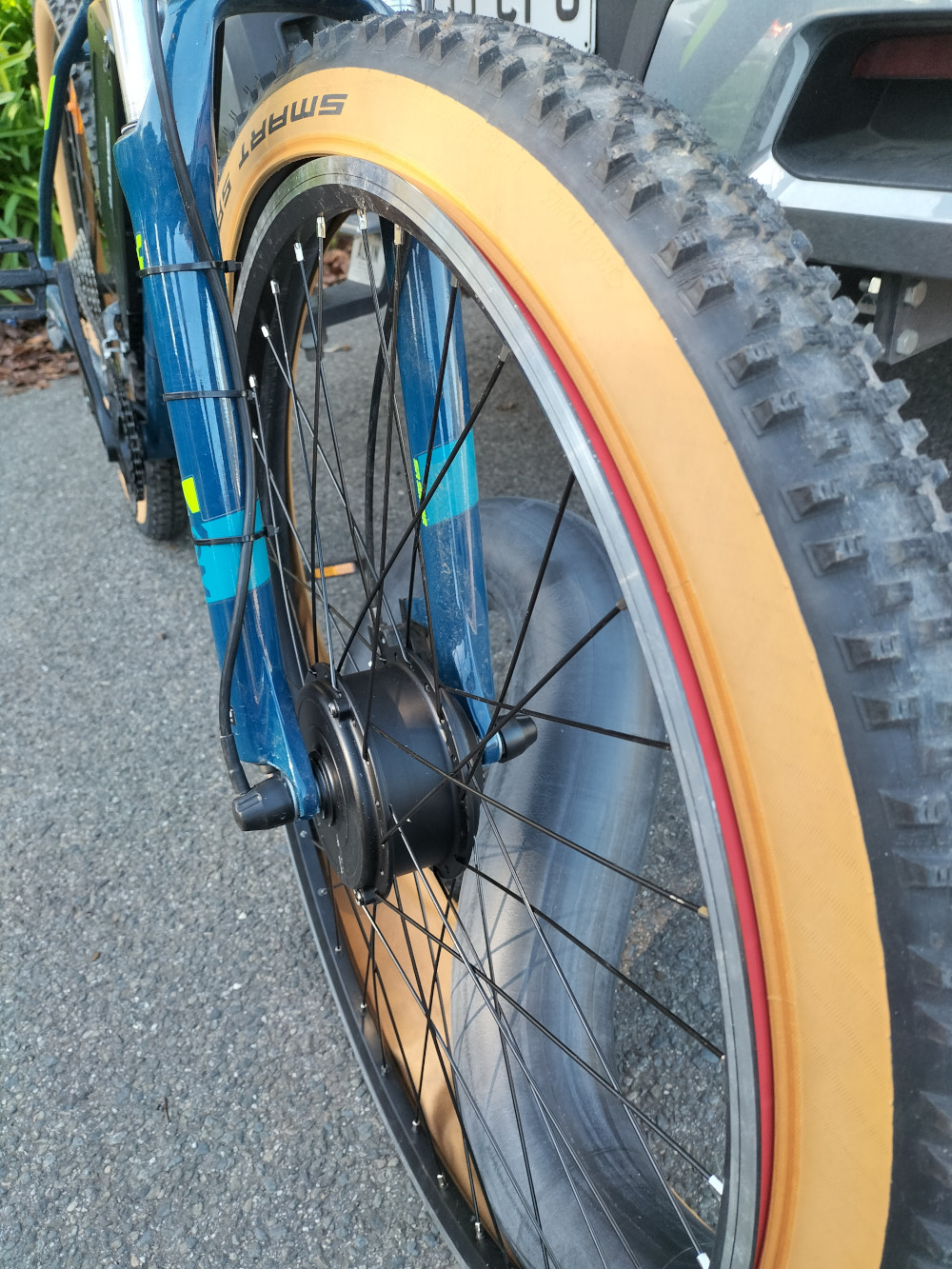 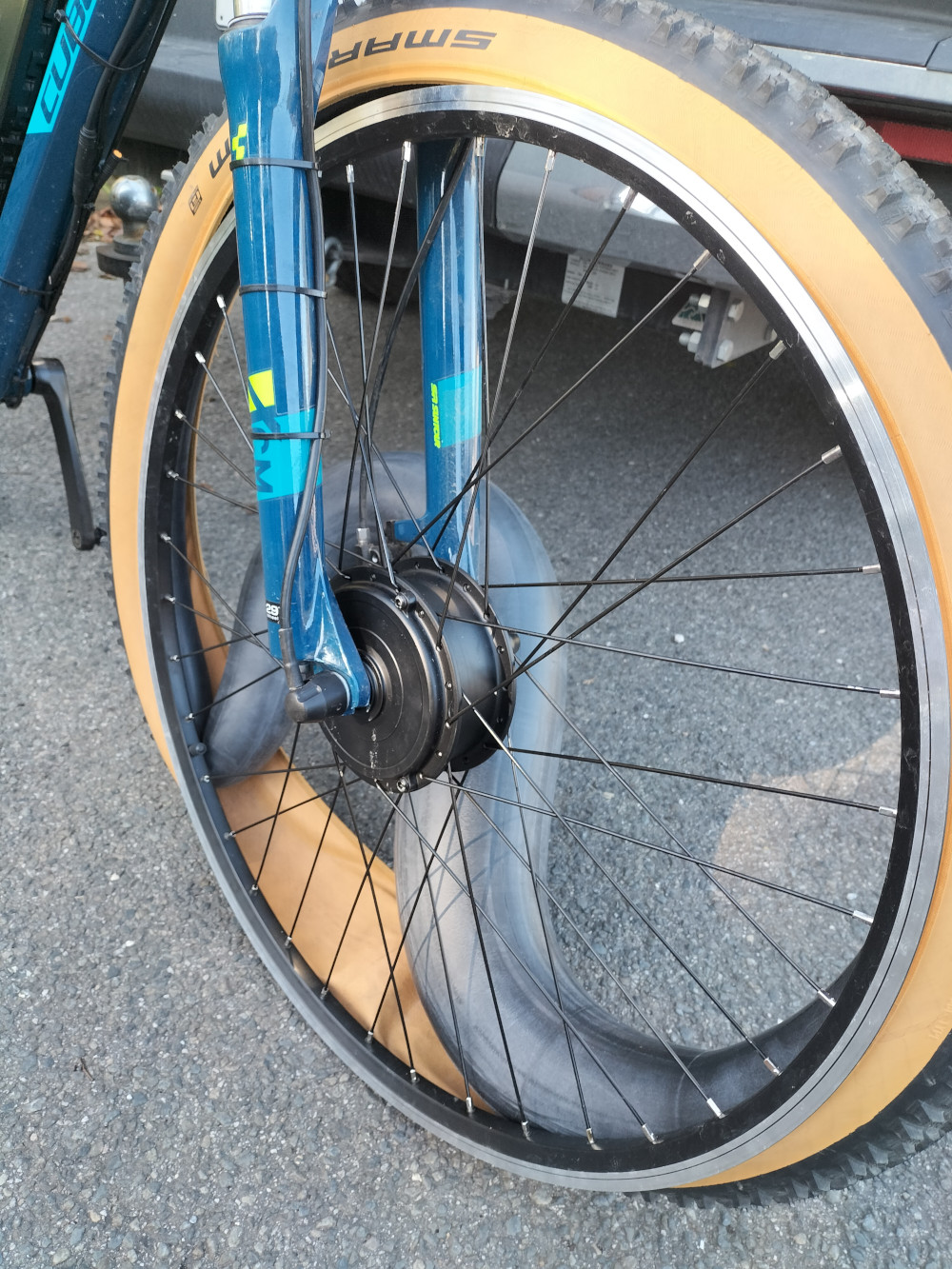 I have been to the bike shop and the helpful guy there had a look. He agreed, the schwalbe is very loose fitting on the rim. He then tried a Maxxis Crossmark 2 and this was a little tighter on the rim. I've done 10km on this tyre now without issue.

So in summary I think there were two issues at hand, the first being a very loose fitting tyre on the rim. Second, I perhaps could have been more attentive when fitting the very loose tyre since a poor seating may have exacerbated the issue.

I doubt I'll try the schwalbes again. I hope this helps anyone reading, thanks everyone!

2.2 inch tire shouldn't be used on a 25mm rim width or at least not recommending if your information is correct.