Should I be worried about potential chip in carbon near dropouts? 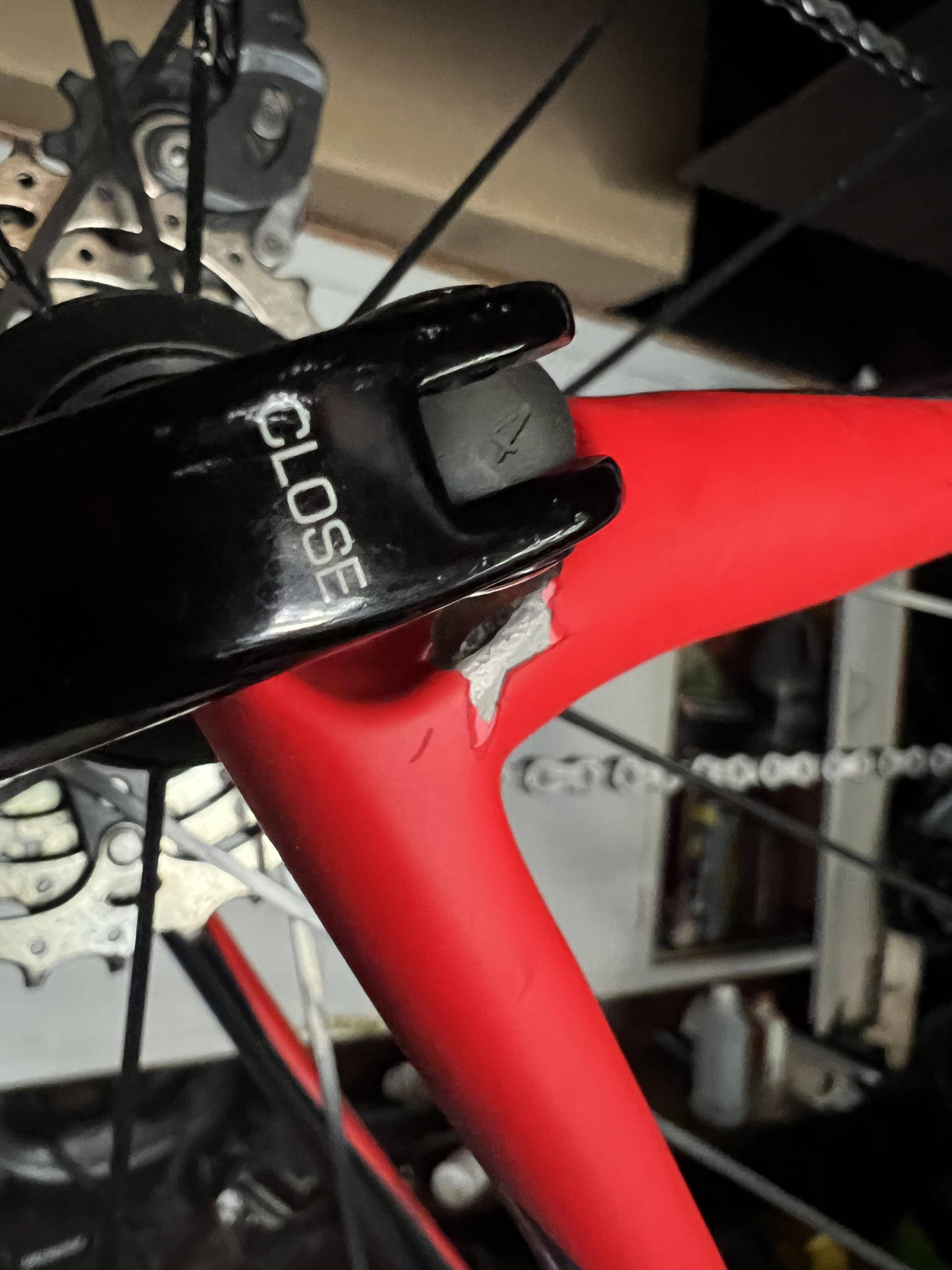 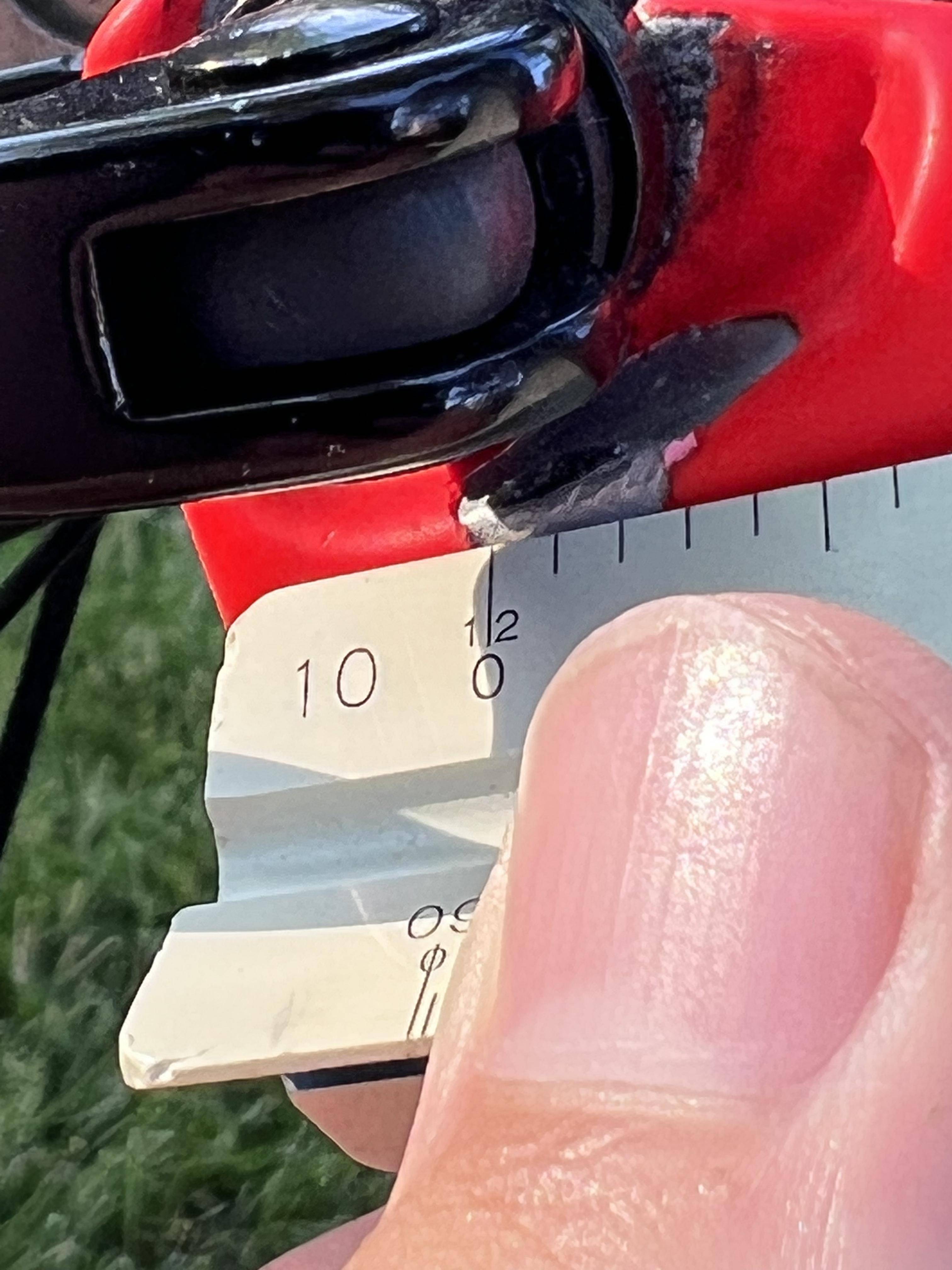 I just bought this bike second hand and I noticed this after. The chip is about 1/8 of an inch wide and about 1/32 deep. Is this a cause for concern?

To me, this looks like a chip in the paint. If those were a safety issue, my MTB would have cracked in every imaginable way already. I usually cover them in nail polish to restore some protection for carbon and epoxy.

More info on the type of bike and more photos might be helpful. Safety assessments made by a random guy on the internet based on a single image are to be taken with a grain of salt.

The pictures are not very clear. If the fibers are exposed, water could have soaked in which would be a safety concern.

To me it seems like some white fabric which is not carbon fibre has been damaged (fibre glass?), but I can't see exposed carbon fibres. If it's just this top layer that has been damaged I would say even if some water soaked in, it should probably still be structurally fine, but really seal it up pronto (that's the most important thing with small chips).

But it's impossible to tell without knowing the history of the bike. If this somehow happened while removing or reattaching the wheel, I guess it probably wasn't violent enough to have a big probability of internal damage. If it was some kind of strange rock strike or accident or something, then it's more likely there is some more internal damage. No bicycle mechanic is likely to have the tools or training to actually assess the internal damage - in the end it comes down to whether you are okay with some small risk of catastrophic failure of the part.

With the rear dropout, personally I would be ok with it, but less so on a fork or handlebar for example.

8
Why are bike frames getting so much bigger
3
Protecting carbon bike frame after a small chip?
2
What steps to take to replace bike frame
3
Carbon fiber crack?
0
What is the best way to raise handle bars
5
How can I repair carbon damage near my bottom bracket?
3
Canyon ULT and Wahoo Kickr
5
Very tiny dent on new aluminium frame -- anything to be worried about?
0
Is a shared bolt between the rear shock mounting and rear swing arm ok?
0
Cracked carbon frame near seat post