The downwards facing battery slot of this E-bike was never great, and I always needed to fiddle the battery lock key both directions few times while pushing the battery in. This morning I was not able to put the charged battery in the slot any longer. The bicycle has done only 1500 km so far. I need to remove the battery for charging as I cannot easily bring it next to the suitable electric socket for using the connector on the frame.

Maybe somebody knows what can be done with this battery slot? I feel with fingers something is still moving in the upper section of the slot as I turn the key so I do not think the lock itself is broken. The battery does not go into slot, regardless of the position of the key.

Here is the view of the lock (bicycle upside down): 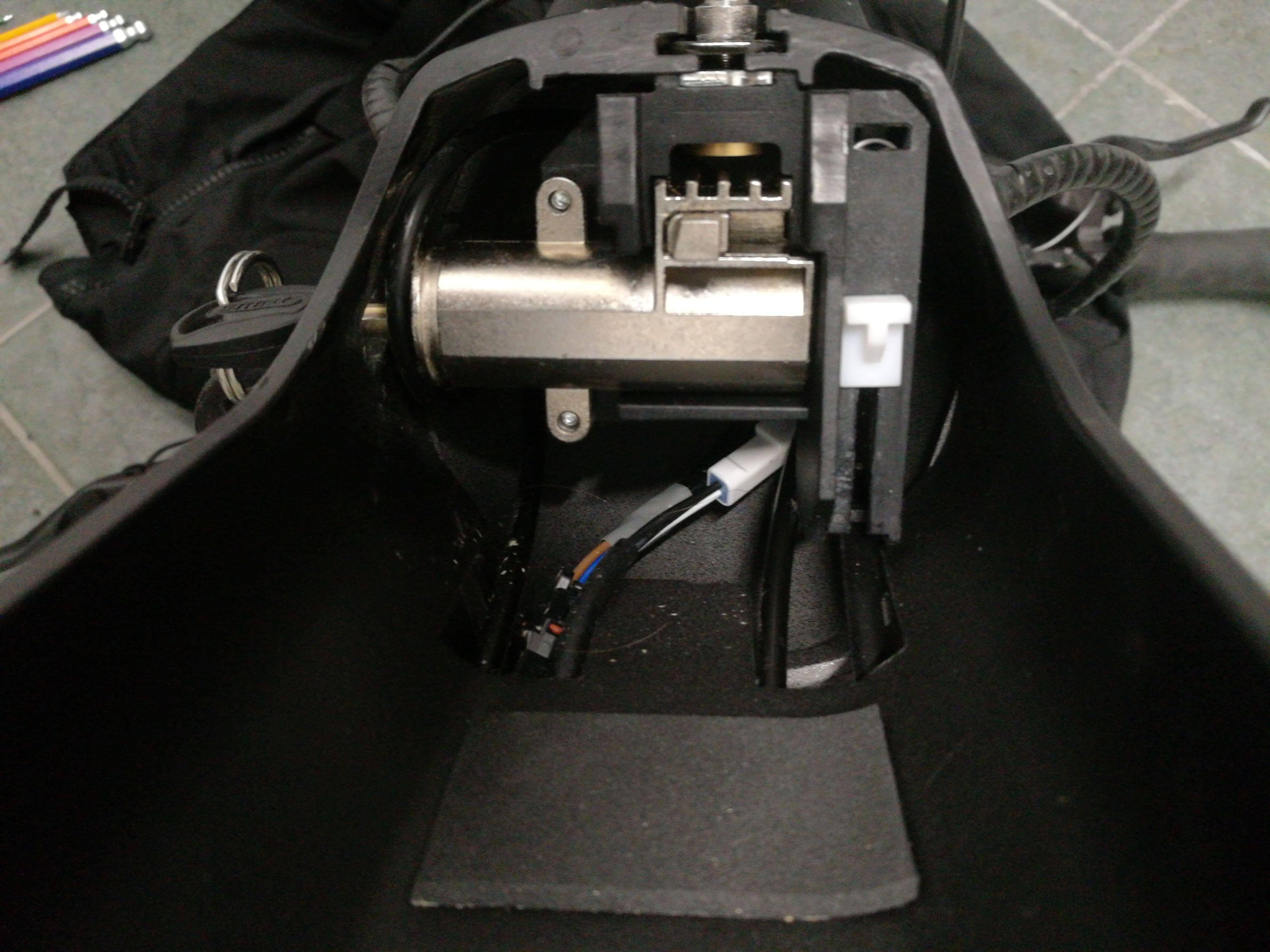 Here is the matching side of the battery: 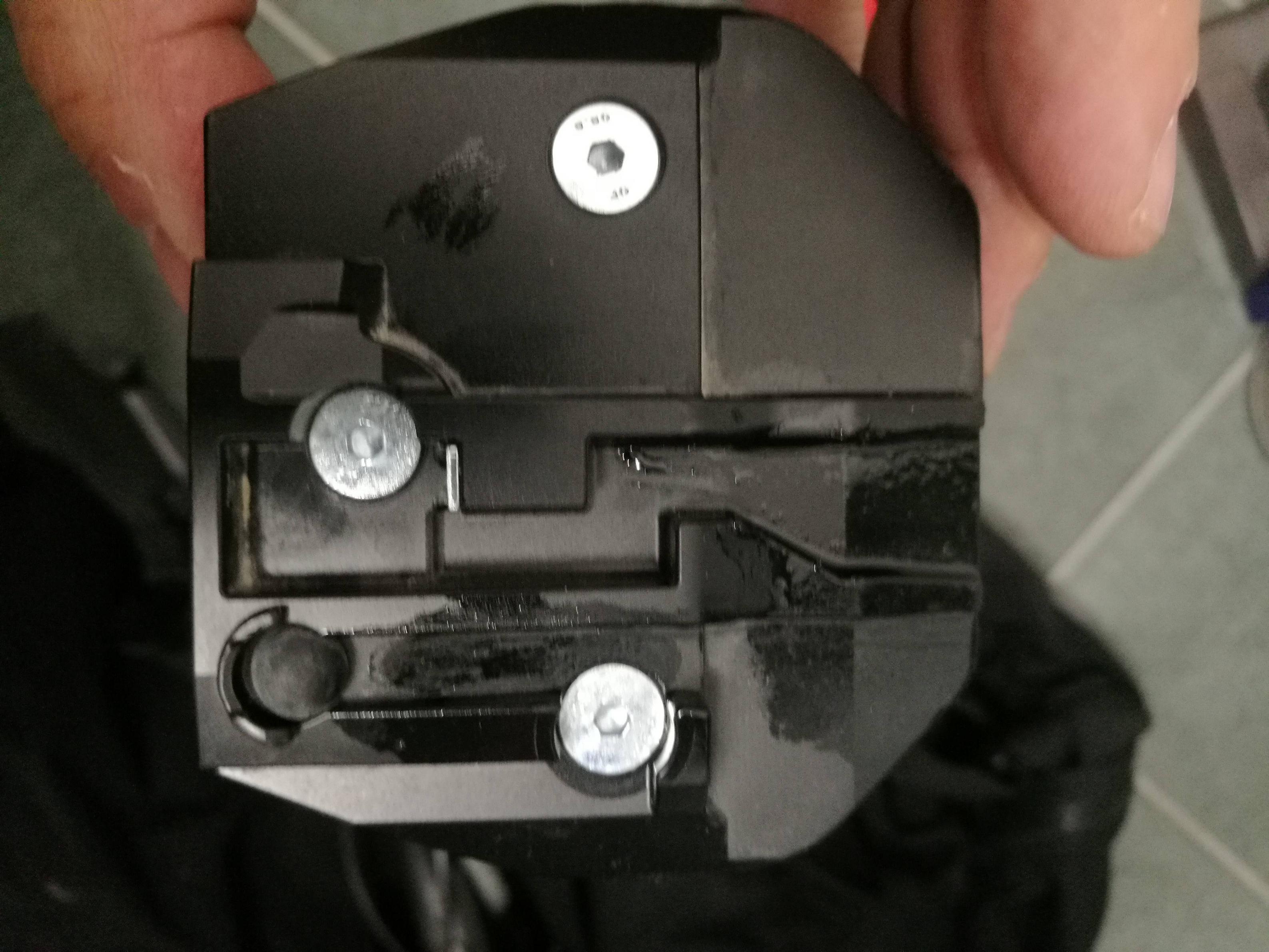 Here is the opposite side of the battery slot: 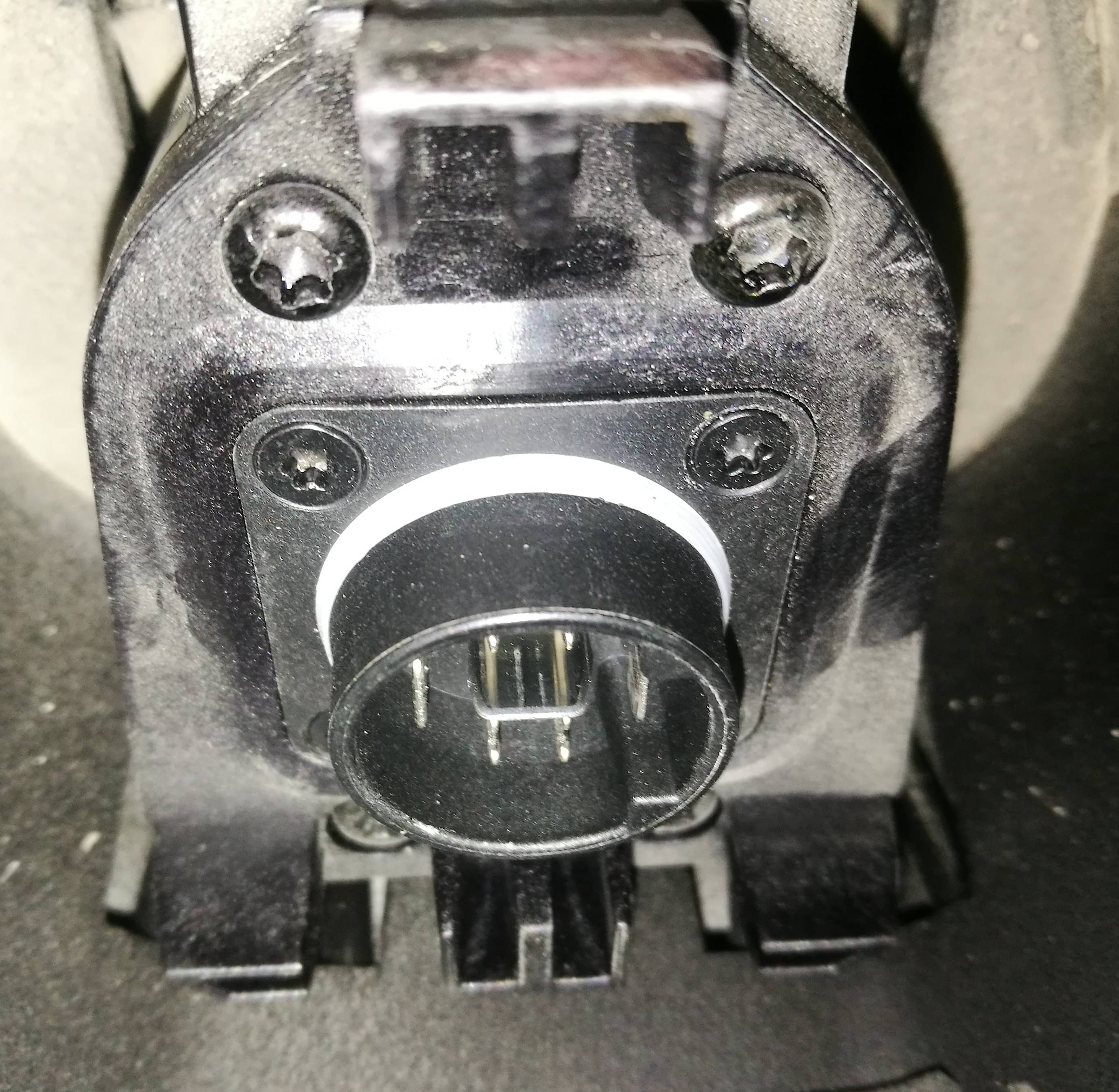 Here is the opposite matching side of the battery: 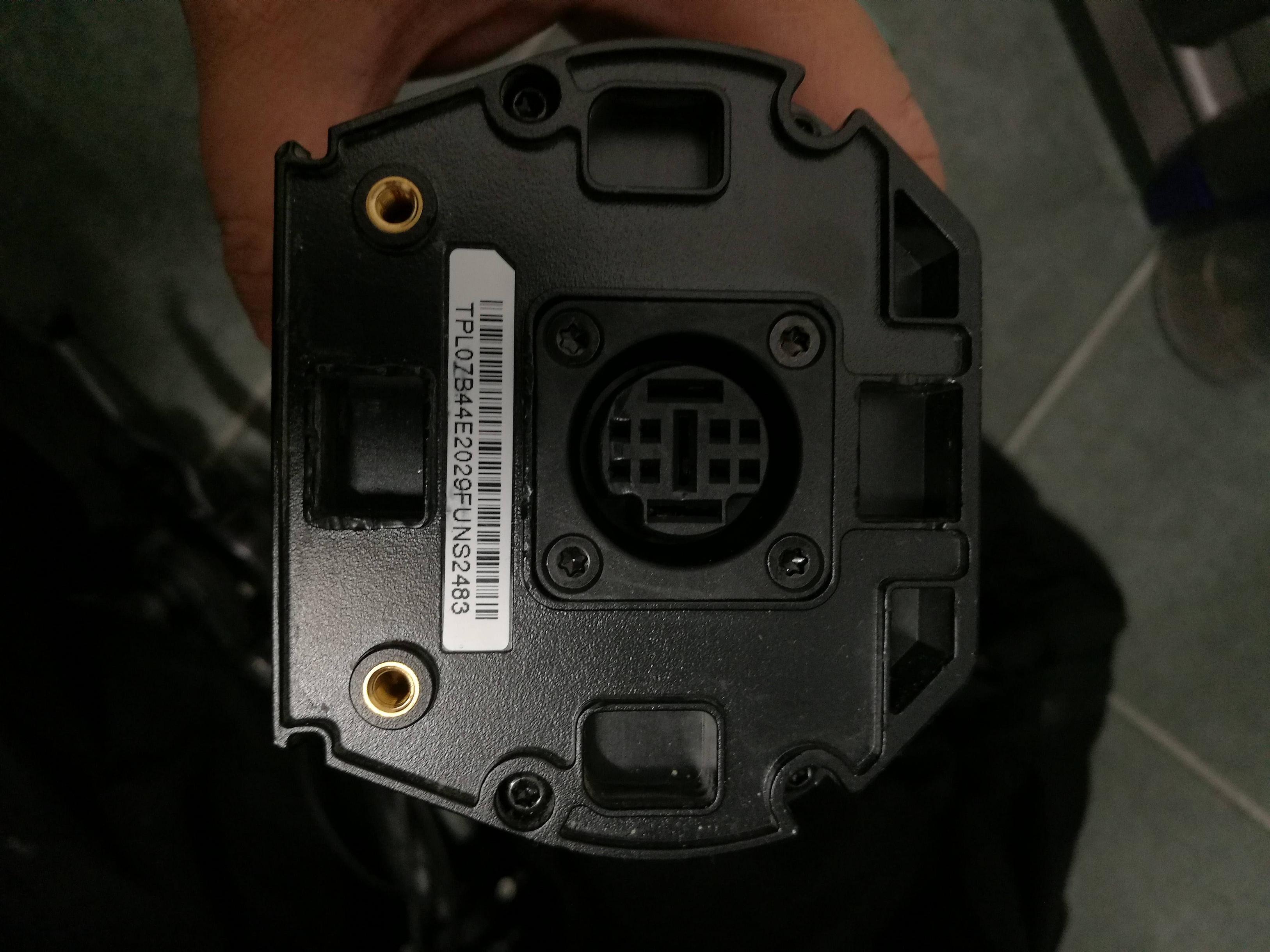 Most mid-drive bikes that house the battery in the down tube like yours have an internal battery bracket that consists of an upper and lower part. Bosch and Shimano are both like this and it's likely the Yamaha ST system on your bike is too, but I couldn't find any public support documents for it that have pertinent diagrams or instructions.

On most bikes like this, one or both of the upper and lower battery brackets are independently affixed to the frame, and one or both typically have some kind of sliding/pivoting type capability to the mounting hardware so that the spatial relationship between them can be set precisely to hold the battery without any slop. Problems like you're having are usually the result of the hardware that holds this adjustment coming loose. Again it would be easier to say an exact procedure if Yamaha published real documentation, but usually to solve a problem like you're having, one must find the battery bracket hardware and use it to adjust the position of the movable bracket(s) to be just loose enough to allow the battery to be inserted and no looser. Any looser and the other battery bracket related issue can happen, which is intermittent connectivity problems.

Edit in response to pictures: It looks like this bolt (or pair of them if there's another behind it) may be what sets the height/distance between the two brackets. If it moves the whole upper assembly, it also may be capable of misaligning the key with its hole in the frame, so you'll need to be careful about that. 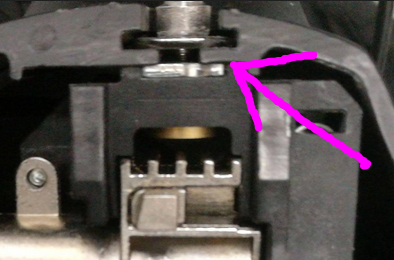 7
Bosch battery stopped charging
5
How often should I charge my (lithium) e-bike battery?
3
How can I troubleshoot battery issues on an electric bike?
2
eBike winter battery power
0
Best solution for additional (dual) battery for E-bike
1
eBike: use 48v motor with 36v controller and battery
1
E-Bike Battery not working
3
Is it safe to use 4A charger on a 2A Battery