I'm looking at buying a Bianchi bike, I was wondering if anyone can tell from this image the type of bike, model and year. The owner bought it 2nd hand so doesn't have much info. Any assistance would be great 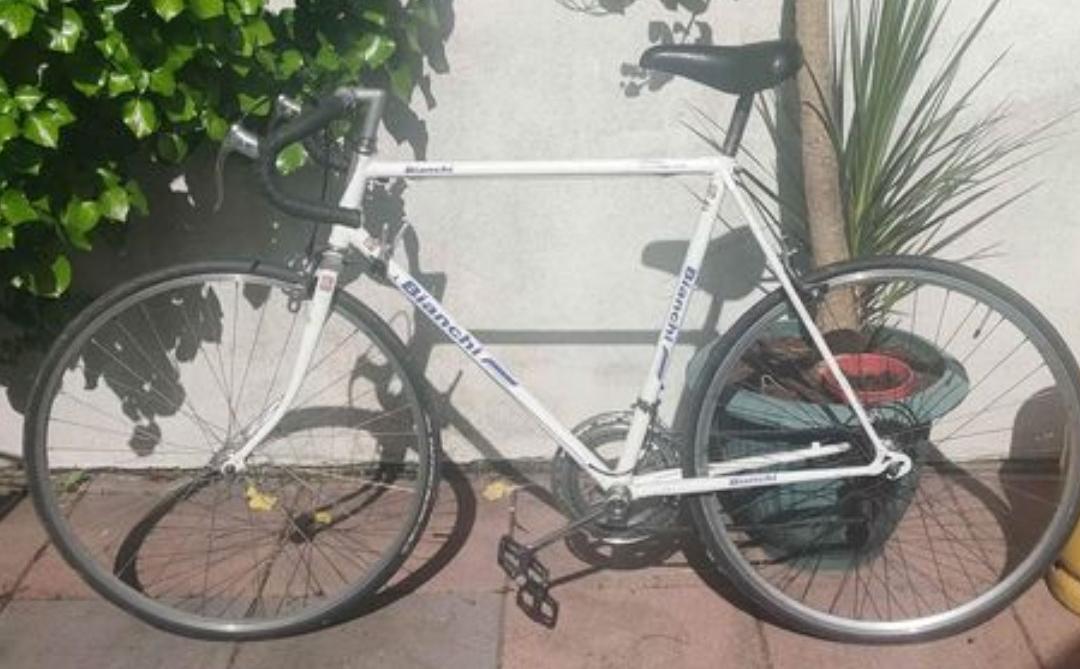 The seat tube has a Bianchi decal that is more than 90 degrees off horizontal. That's kinda weird and it might be a stylistic design, or an error by whoever slapped "desirable" Bianchi decals on whatever frame it is.

Valuations are considered off-topic, but remember you're looking for overall condition and wear too. A bike that needs lots of parts is worth less than the same bike with wear remaining in the components.

The tubes appear straight in the photo, and the frame looks in decent proportions. There's something about a horizontal top tube that is just "right" to my eye. I like it !

After spending a good bit of time searching with google images i've come to the conclusion this bike is probably either fake or badly restored.

There are many images of white 1980's Bianchi's.

None of them have a fork curve as extreme as we see here.
None of them seem to have this style of cable routing for the front derailleur.
The images also show that the decals on the seat tube of this bike are upside down.

I have a bianchi portofino that looks similar 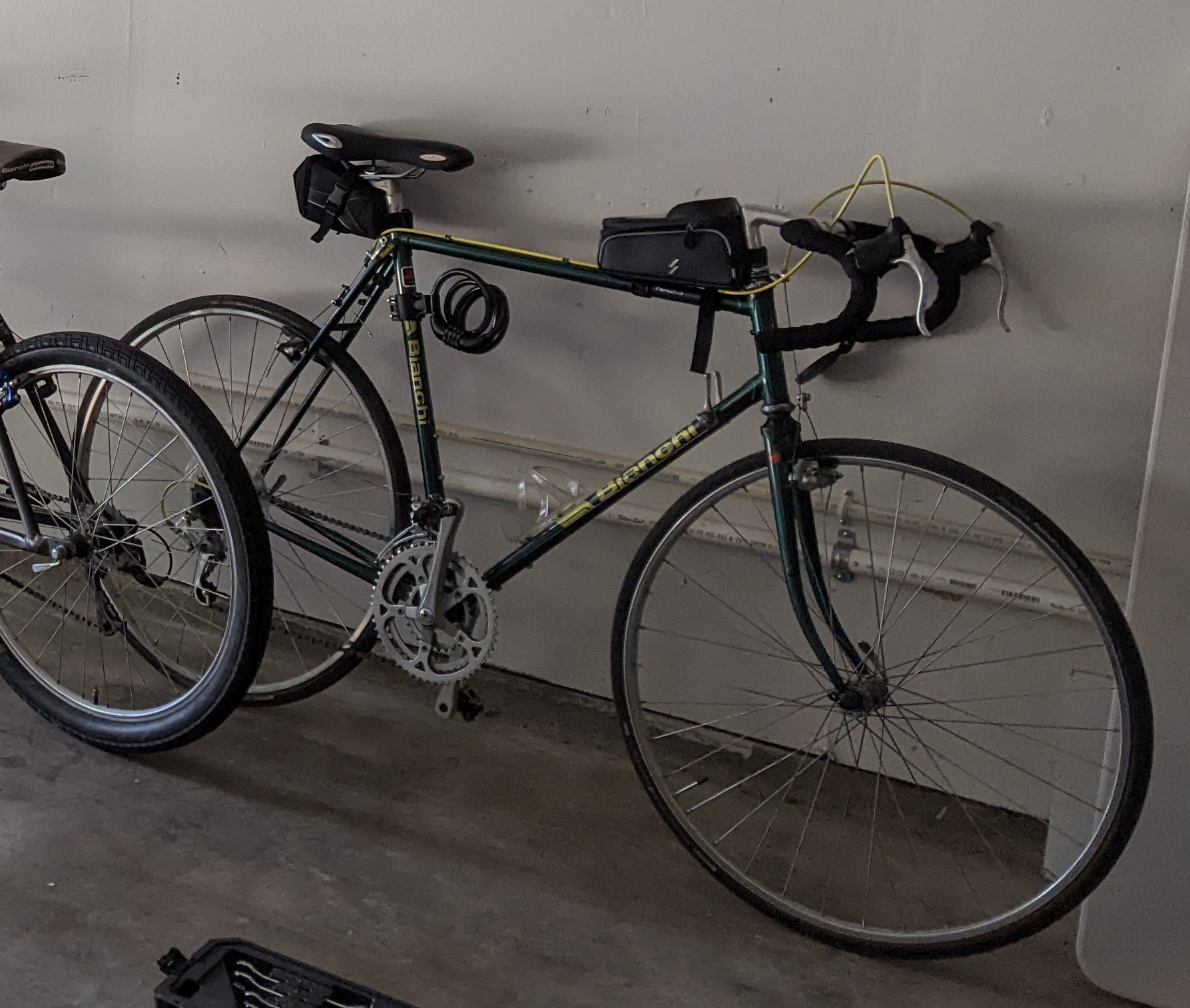