Are there any studies or real experiences with more complex or closed fairings ?

Dreaming about velomobile, but trying to improve/inspire my up-right first by improving particular shapes without significant front area increase.

Started with jacket extended by 1m long triangular prism, seems to work at speeds around 20-35(?) somehow, but less around 50km/h downhill?? where I am trying to compare its effect during commuting.

Then played with small models in water and it seems front part of streamlined shape has some effect too(?).

But have no idea how to easily measure drag/forces or compare them. 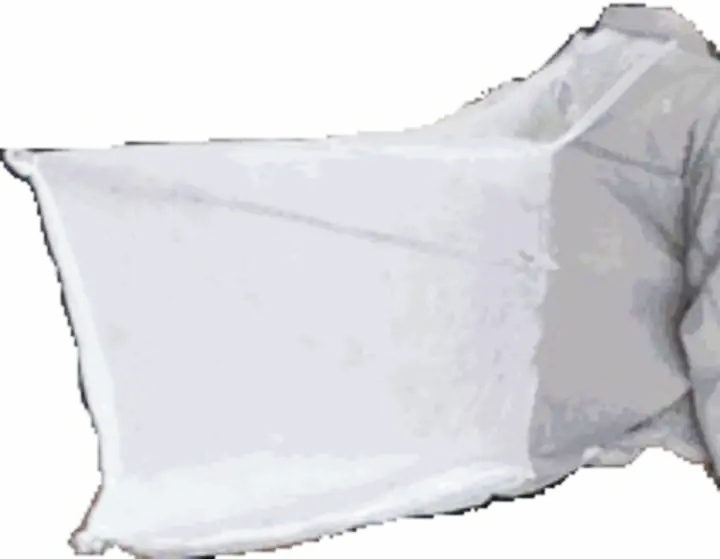 Have interesting links collection and some math in my old Q/A here How much resistance comes from each part of a bicycle? (some of maybe mentioned here too?)

Here 13.7% car drag improvement and simple way to check how does it work https://www.carscoops.com/2022/09/how-much-more-aerodynamic-can-you-make-your-car-with-a-trip-to-the-home-improvement-store/

If you have a 50 km/h downhill section, that would be a good place to measure. Aero resistance roughly quadruples with speed. Ted Hohls comment below is better formulated. At 50 km/h you can be sure the major resistance is wind. At 25 km/h rolling resistance still plays a major part. As a % of total it gets less important as speed rises.

Simply rolling down that hill, starting from 0 speed or a fixed speed of the speedo, would give you an idea. It is important to realise that other factors like wind and temperature can mess up the results. If you measure on different dates, it's good to have 1-2 control runs with a setup you know. If setup x does 0-40 km/h and setup Y does 0-50, the later is best.

There are 3 things that factor in on overall aero resistance.

A good place to start with aerodynamics is Julian Edgar, he had several youtube video's on car aerodynamics.

With your upright, you are roughly putting 50x180cm in the wind. That is 9000 square cm. A Snoek velomobile is 80 cm high and 70 cm wide at the bottom, but only about 30 at the headfairing. I would estimate that to have roughly half the frontal surface.

If you want to improve your upright, first look at how they improve UCI approved racing bikes. That is where the money is, and where most research is done.

Mochet experimented with tailfairings on upright racing bikes in the 1930ies, Then went for the recumbent position and eventually came to fully faired recumbents.

This is also a very good tread. https://www.bicycles.net.au/forums/viewtopic.php?t=99693

Fairing an upright is basically like fitting a spoiler on a VW bus to make it faster. It can be done, but there are more efficient vehicles to be found if you want to get the most speed out of limited horsepower.

When racing lowracers, the common experience when adding a lowracer tailfairing out of Fibreglass or Carbon Fibre, was a speed increase of about 10% at speeds over 30 km/h. Those fairings fit very nicely to the riders profile. http://www.m5-ligfietsen.nl/site/EN/Models/CrMo_Low_Racer

I am pretty sure anything shaped less perfectly, and less smooth will provide less performance gain.

If you want to improve speed on an upright bike here are my tips;

Adding extra shapes to your body to streamline yourself can certainly help, but its also more mass to move, can catch side and buffetting winds, and could do you a lot of damage/injury in the event of an accident.

In my experience, the quickest aero gain comes from getting your head lower and your hands closer to centerline, and trying to be "small"

A well-sized backpack can help fill in the void behind you when in the upright position on your flatbar bike, but bending down mostly eliminates the area. Hunched-over road bike riders tend to put items in special jersey pockets that hang at the back , also giving a subtle aero gain.

Sadly I don't have numbers for these.

Based on your bike link you're currently riding a hard tail MTB thus: 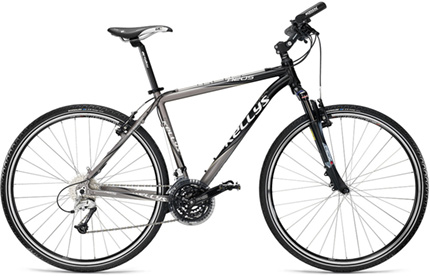 The first thing to do is swap out any knobby tires for smooth tyres. But given the bike's shape, there's a lot limiting your potential improvements.

You might be best off forgoing tyres, and buy or borrow a drop-bar road bike. Even a steel 80's bike will be more aerodynamic than you current bike could ever be, regardless of how many modifications you make.

The other item you need is accurate timing - a way to measure performance changes. That might be a simple stopwatch, though these days running Strava's app on a modern smart phone will give you a heap of useful data and make it easier to see your best 10 results on a segment for free. No need for an expensive head unit or power meter.

Otherwise committing to riding on the drops will show you the difference between the two styles of bike.

Later on you can invest in a lighter road bike and aero clothes and aerobars, but at this point developing your own power output, endurance, and position are probably the keys to speed.

My downhill test show it may have tiny effect above 25km/h:

3rd 1/2 (only bottom hazel branches left) of back extension next day, same place 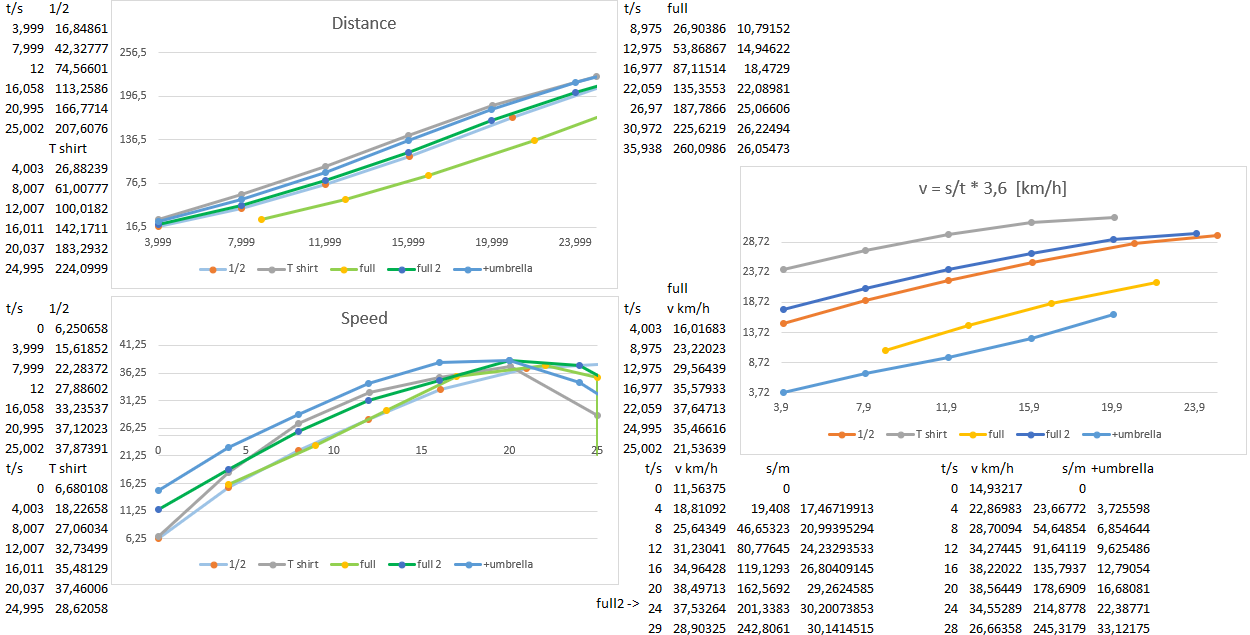 Data collected by BikeTracker apk's SQL export, time converted to seconds and speed to km/h, had to stop under hill to give way.

Mind extension was temporary test setup made from nonwoven (17g/m2, 2 layers), aprox. 1m long side after my back; not smooth, wind resistant nor perfect stable, anyway it looks like this part is not worth it...

It seems to be clear proven you should not increase front area unless you create excellent shape to compensate that.

Till now best results were just forward bend without extensions.

21
How can one estimate drag for a bicycle?
2
How much resistance comes from each part of a bicycle?

7
Why choose a traditional frame over an aerodynamically streamlined frame?