What are the things called that you attach a rack to?

I'm looking to purchase a bike for my commute to work and want a bike I can attach a back rack to. Looking around on-line it is very hard to figure out with which bikes this is possible. What is the term for the points that you connect a rack to? Or more generally, what should I search for that tells me a bike has these points?

I'd call them "rack mounts", which is what pake, surly, and all-city tend to use on their websites to describe them. Alternatively you could call them "braze ons for racks" or even "rack bosses".

Boss
A bump or protrusion. This term has several specific bicycle usages:

Cantilever bosses are the brazed-on pivots attached to frames and forks for cantilever brakes.

Shift lever bosses are brazed-on pivots for down-tube-mounted shift levers. Most newer "road" bicycles have the shifters mounted on the handlebars, so they use the old-style lever bosses as attachment points for housing stops

Older style freewheel pullers had two (or four) protruding bosses that engaged the notches of the freewheel body. This system was prone to failure when removing freewheels that were unusually tight. The development of splined freewheel removal systems made this obsolete

Braze-on
A small fitting permanently attached to a frame. On traditional steel frames these attachments are held on by brazing, but the term "braze-on" is also used for fittings that are welded, glued, riveted or molded onto frames of other materials. Typical braze-ons include cable stops and guides, water bottle cage mounts, shift lever bosses, cantilever brake bosses and cable stops, pump pegs, etc.

Pretty much any aluminum frame or steel frame will have them, but they are easy to spot.

Look for a set of 4mm threaded hole near the brakes and near the frame's dropouts at the wheel axle.

The bolt that fits it is M5 x 0.8, but the hole measures 4mm because the threads on the bolt and the threads in the hole overlap.

An example image of a true braze-on: 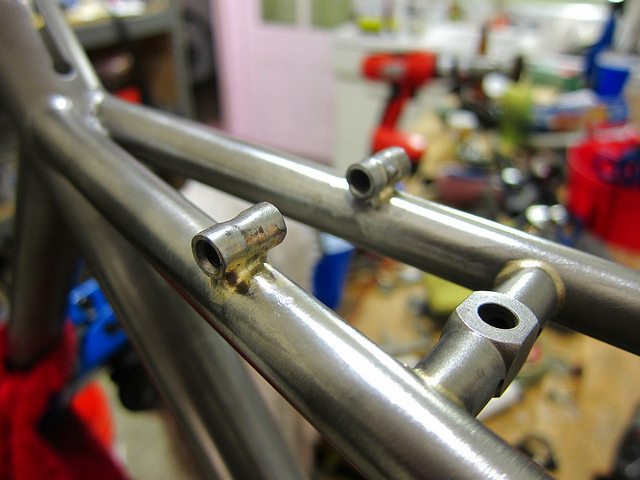 And another of a machined "braze-on": 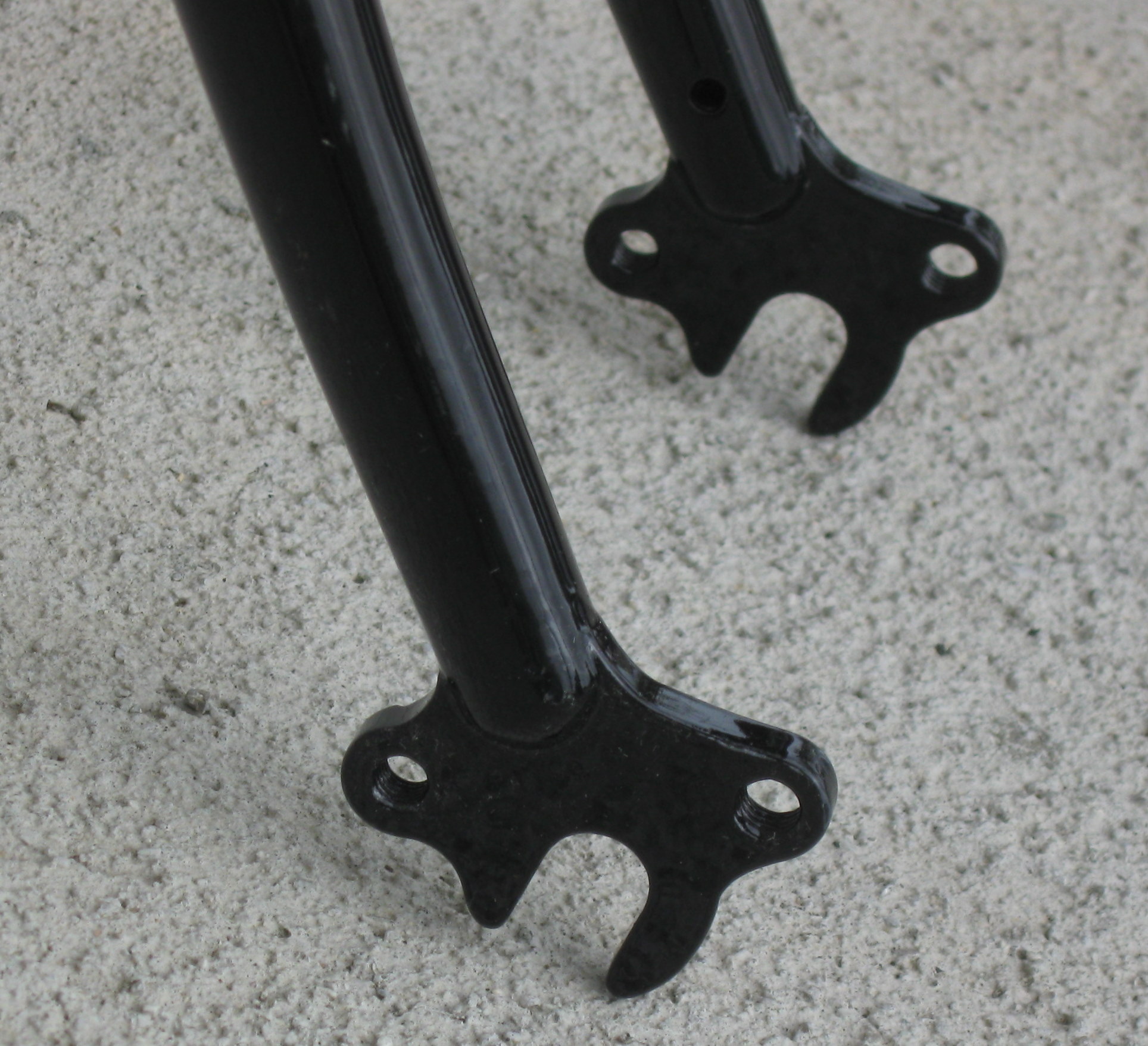 Not the answer you're looking for? Browse other questions tagged rack terminology or ask your own question.

12
What is the best technique for carrying a large box on my bike rack?
3
Child seat (or rack) at the seat post
4
Panniers or rack bags for photography equipment
9
Can I fit rear panniers to a full-suspension bike with a dropper post?
4
Will using a pannier rack mounting kit damage a carbon frame Axiom vs Tubus
3
Cetma Front Rack Clamp Part?
0
Can I install a rack if I install plugin mudguards?
4
Giant rack adapters
7
Buying rear rack during pandemic crisis - go real bottom, up high, or wait?