Can I lace my hub with all inward or outward facing spoke heads?

It seems conventional wisdom says to alternate inward vs outward spoke heads going around the flange when lacing a wheel, like this: 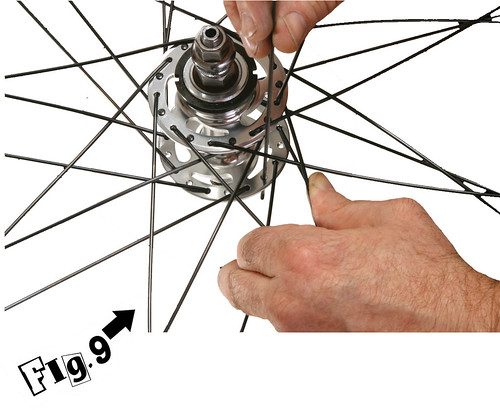 However, I'm wondering what the reason for this is, and if it has advantages or disadvantages for the flange, lateral stiffness, and/or lacing the crosses. It does look nice to have them all match, like this: 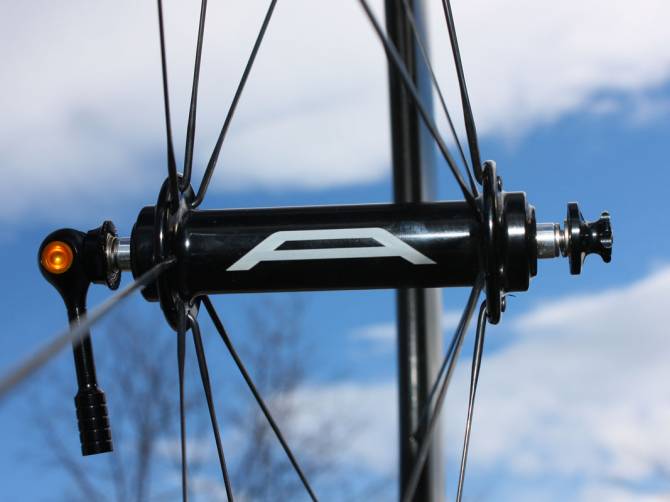 The answer to "why alternate crossing spokes" is pretty much settled by the subtle suggestions from DanielHRicks and the direct and correct conclusions from the OP, in the very comments below the question.

The two remaining questions would be:

(I am, on purpose, not including the already much discussed pros and cons of using crossing vs radial.)

The first question is: there is also the SPIRAL configuration, shown in the picture below taken from the front wheel of my fixie: 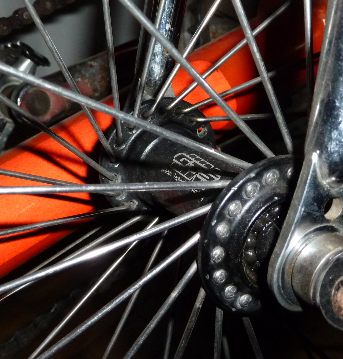 This spiral configuration is achieved when the spokes you have are too long for a radial lacing. Then you twist enough that they can fit. This is not so good, because it creates torsion in the hub's body, but I've seen that (and ridden that) a lot, and nothing terrible happened so far. Of course, it could not be safely used with disk brakes.

Now the good part: should the spoke run inwards (like the photo you posted and the photo I posted) or outwards? My answer would be: OUTWARDS, ALWAYS! I know that is pretty to see all those tiny spoke heads neatly arranged one beside the other in a pearl-collar-like pattern, BUT:

So, the answer is your second option: All Outward (heads facing inward) Radial Lacing, UNLESS (!!!):

(just for the record, the wheel in the photo I posted is opposite to what I am advising. That is because I already bought it that way. And I think the missing spoke - broke yesterday - has to do with this lame inward-running pattern.)

Radial lacing is the only sure safe pattern for what you are suggesting.

1x might work, but the spokes would not lay nicely, and would defeat the purpose stated of having a nice looking lacing.

2x or 3x would damage the spokes at the first crossing, regardless of spoke count or flange size. It would also look stupid, and be dangerously weak, because since the spoke could not lay smoothly without damaging the underlying spoke, the wheel tension would be difficult at best to make even.

When you cross the spokes, they cross under each other creating a "weave" which adds bracing to the structure. If that happens too close to the flange that brace becomes a tension pint, which at minimum will make extra odd noises and I expect (because I haven't tried it) would cause spokes to saw against each other. If you could stand the long enough, you'd see broken spokes.

Saying "Conventional wisdom says" implies that there is some unknown reason for this pattern, and that perhaps its just tradition or aesthetics. In this case, conventional wisdom is only pointing out the obvious: 2 objects can't occupy the same space at the same time without conflict.

It looks like some builders call this the 'Race Lace,' and by pre-bending the spokes near the elbows will allow crossed patterns to be laced in this way.

http://spokeanwheel.110mb.com/lacingcl.htm#rl details this method and even shows 5x done on a 36 hole rim/hub:

Not only do the leading/trailing spokes lay nicely next to each other, it appears to have the following properties:

This isn't really meant to be a convincing argument to 'Race Lace' everything, but it certainly moves the prognosis from 'because you can't' to well within the realm of possible. If anyone has further reasoning why this is undesirable, I'd like to hear them.

2
Wheel Building - Should key spoke be inside or outside flange?

22
Is it really necessary to physically cross (interlace) the spokes on traditional wheel lacing?
10
What are the pros and cons of Double Butted vs Straight Spokes when building a wheel?
5
Any experience about radially-laced hub flanges actually breaking?
3
Replace hub from old cassette to new fixed
0
Different tension on one spoke
4
Why would spokes break at the flange early?
3
Why are rear wheels dished?
6
Are small radially laced motor hub wheels like Swytch trash?
4
Did I lace this rear wheel correctly?