What caused my cycling shorts to get damaged during washing?

On a ride yesterday, I noticed a spot on my shorts where the fabric felt rough. After washing, the problem became much worse, and there are major areas of damage on both the front and back of the shorts. The following picture shows a close-up of a section of the shorts on the front near the chamois. If I look at the shorts closely, it almost seems like there are short little threads of elastic sticking out. 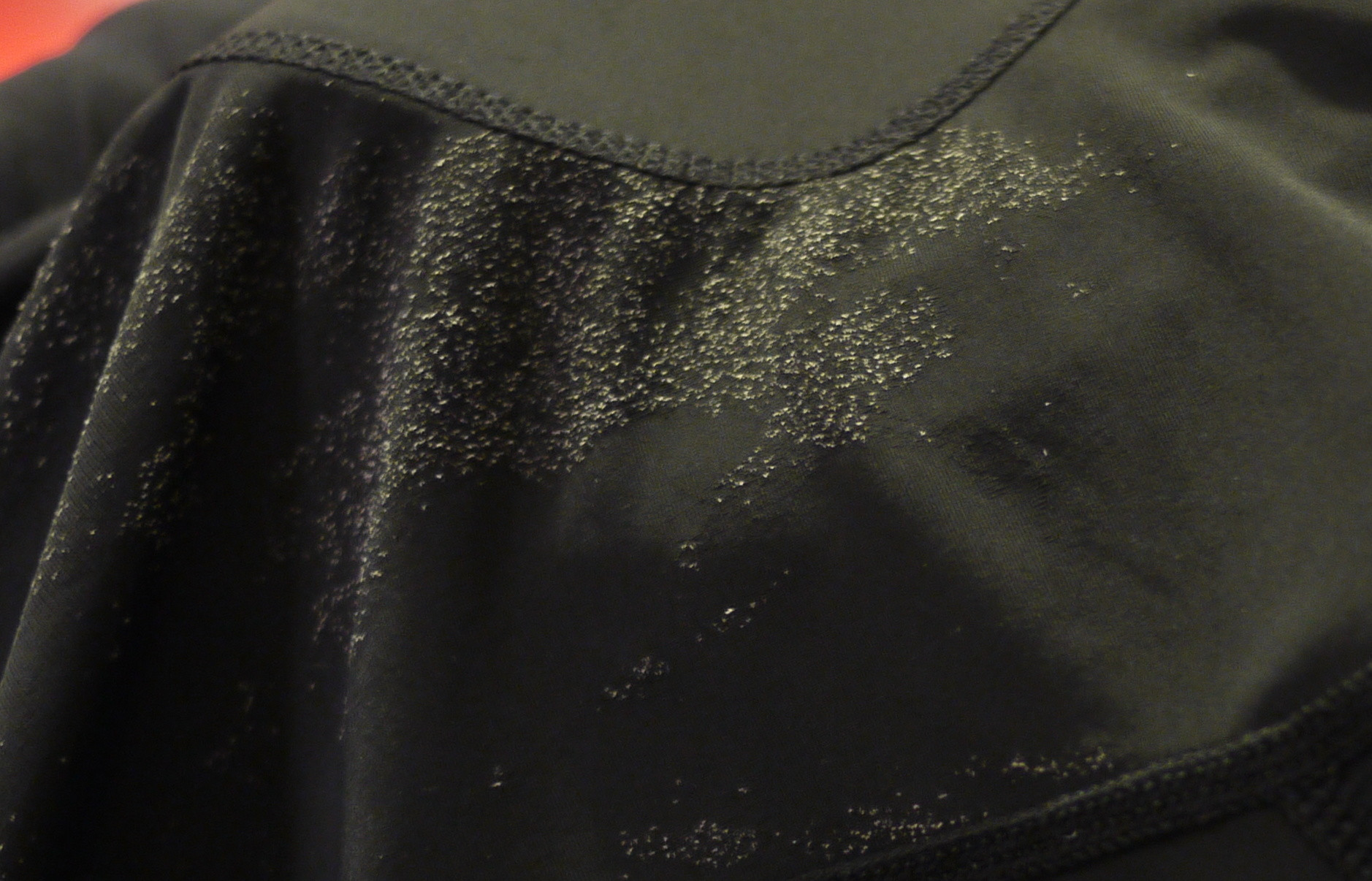 I've never put the shorts in the dryer, and I'm not aware of anything I've done wrong. Is this sort of damage common? Are there any mistakes in care or handling that are likely to have caused this, or is it a manufacturing defect?

These look like normal wearing patterns of cycling shorts, unfortunately.

My last 3 shorts (last five or six years) had to be put away because they became "transparent" right in the regions where they COULDN'T be transparent, even though they were still pretty much rideable. But it was very unconvenient to go inside convenience stores, for example.

I noticed this has a lot to do with which parts undergo friction with the skin, and stretching/unstretching during regular use. I suspect some chemical reactions from sweat and other skin substances might be involved. Probably the washing procedure might influence the speed or visibility of the process.

As a final observation, in general the highest the quality ones (as perceived at purchase time) tend to last much longer before the transparency effect ensues.

I suspect that some of the fibers in the fabric have broken with use, and the washing causes the broken fibers to slip out of the fabric and "show themselves". This happens in areas of high friction or where there's a lot of "scrunching/unscrunching" as you pedal.

I've experienced wear on some of my cycling shorts before and after a while I traced it back to the velcro strap on my saddle bag. It was rubbing on the inside of my leg when i would pedal and wearing out a patch on my shorts.

I don't know of any chamois creams that would cause that type of damage. Do you purchase quality or budget cycling shorts? I've certainly worn through cheap shorts pretty fast after only a few washings (i always wash cold and never dry).

Not the answer you're looking for? Browse other questions tagged clothes shorts or ask your own question.