Is there a way to completely deflate an inner tube?

I had a flat tire and replaced the inner tube. I just didn't realize that the tube was a thorn-proof tube when I bought it. It was the only spare one I had, so I used it anyway. Just now I replaced it with a regular tube. I figure I can keep this thorn proof one around just in case I get another flat.

The problem is, I can't get all the air out of the thorn proof tube to store it in the closet. It's schrader valve. I push the pin in and air comes out, but there is still a lot in there. I'm trying to fold it up like a tube of toothpaste while pushing the pin, and it's not working so well. I could cut it and patch it, but then I may as well throw it out and buy a new tube. Is there maybe some way to get my bike pump to work in reverse or otherwise completely deflate this thing?

According to Yehuda Moon (google it), you can take a properly-sized ball bearing (or even a pebble) and put it inside the valve cap, then screw the cap halfway so that the ball/pebble will keep the valve open.

Then, you roll the tube like toothpaste, and when you finish you remove the cap and the pebble to avoid the natural elasticity of the tube to suck back some air.

Yes, if you have a Schraeder valve then the core can be easily removed with a simple tool (available for a couple of dollars at any car parts place and some bike shops).

If it's a Presta, OTOH, the core is not usually removable, but it's quite easy to keep the pin depressed.

To get the air out of the tube, first fold it in half with the valve near (but not at) one folded end. Then roll up the tube from the other end, possibly making use of a piece of pipe or such to roll it around. Or use a can of soup or such as a "steamroller" to press out the air.

Wedge the pointy end of the cap a Bic pen (the part that is intended to clip to your shirt pocket) into the valve when you try to roll it up. That'll wedge it open. Just pull the pen cap out when you've got it rolled up nice and neat and you'll be set.

With a schrader valve, you can buy a "valve stem remover" at most auto parts houses or big box stores auto department. They're inexpensive. It just slips right over the valve stem with the two "forked" prongs slipping in the recessed area of the stem to unscrew the valve stem. These are also handy to make sure the valve stem is snugged up on a schrader valve afte you've inflated the tire. If you remove the valve stem, this would make it easy to roll or fold the tube to remove all possible air. These valve stem removers used to be threaded on their large end, not sure if they are now days, but you could thread the tool onto the proper sized bolt ( thread size and desired length of bolt ), to make it easier to use.

I made a tool to do this. 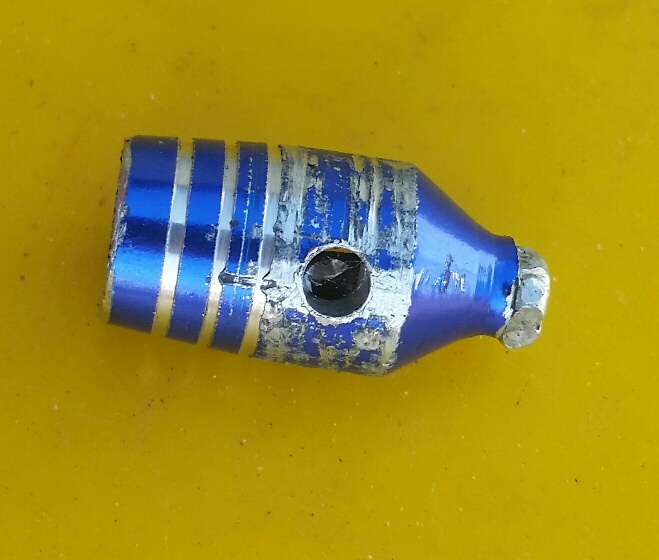 I get a lot of punctures so end up patching about twice a month. I carry 2 spare tube and last-resort stickers, so I patch in the comfort of home not on the side of the road. This tool replaces the valve cap, and as it threads on a small bolt down through the middle is enough to press the schrader's pin.

It started off as a decorative cap that looked like this: 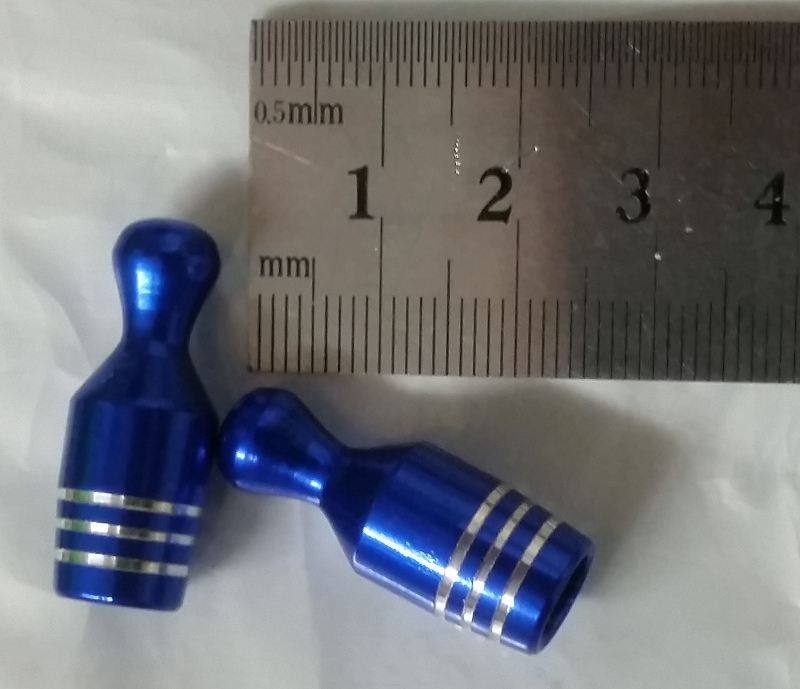 I lopped the end off, drilled a hole vertically on center and then "tapped" it for the small bolt for depressing the pin.

There are two holes through the sides to let air escape. One would have been enough, but two was quieter and less likely to be obscured. Two more might be good.

Originally the bolt was threadded to permit adjusting of the flow rate, but in practice you want the tube empty.

So I fit this then start folding the tube from the opposite side to where the valve is. I layer it into flakes about as wide as my hand and then pinch it around the bend with my fingers. Once at the end I swap the deflator for a normal cap. and then shake the tube out and reroll it with the valve in the middle.

If that's not clear let me know and I'll expand with more photos.

By "thread" I mean ramming a series of sacrificial bolts through a hole until it formed a thread-like shape. The chowdering on the outside is because my main tools were a drill press (pillar drill) and a machine vise.... ideally I'd have used a lathe, and some better way of supporting the cap. An old valve stem could have been a lot better. And I should have put some light chain under the bolt, to provide a handle. This little thing likes to drop and roll under stuff.

Remove the valve from the adapter with a Schrader valve removal tool:

Screw on the adapter and it will open the valve of the tube to let the air out. Roll up the inner tube in your hand and then squeeze the final air out:

Keep the tube compressed. Now when you remove the valve extension, the tube remains perfectly deflated: 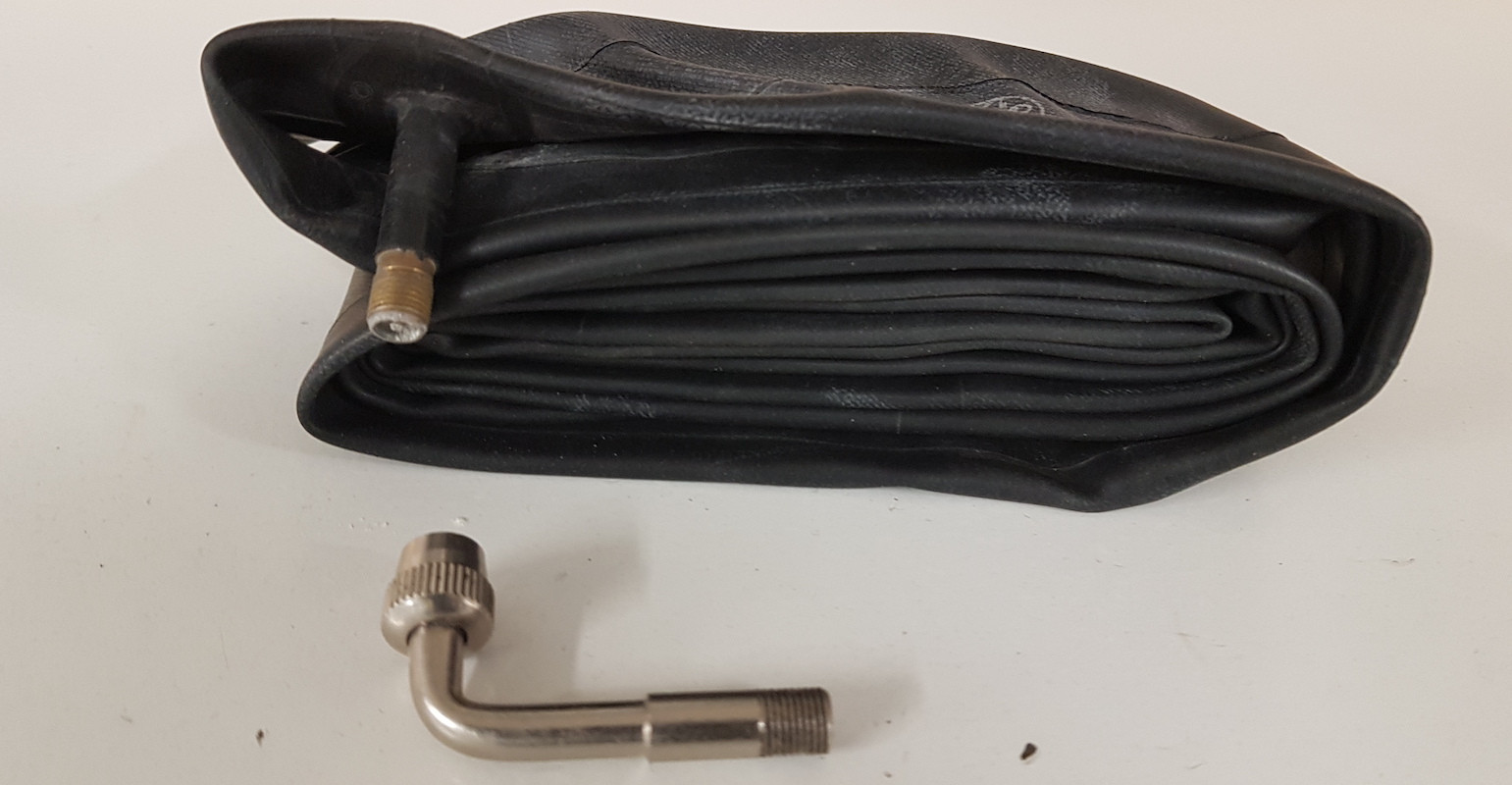 This technique excels if you have many tubes to deflate and store neatly: 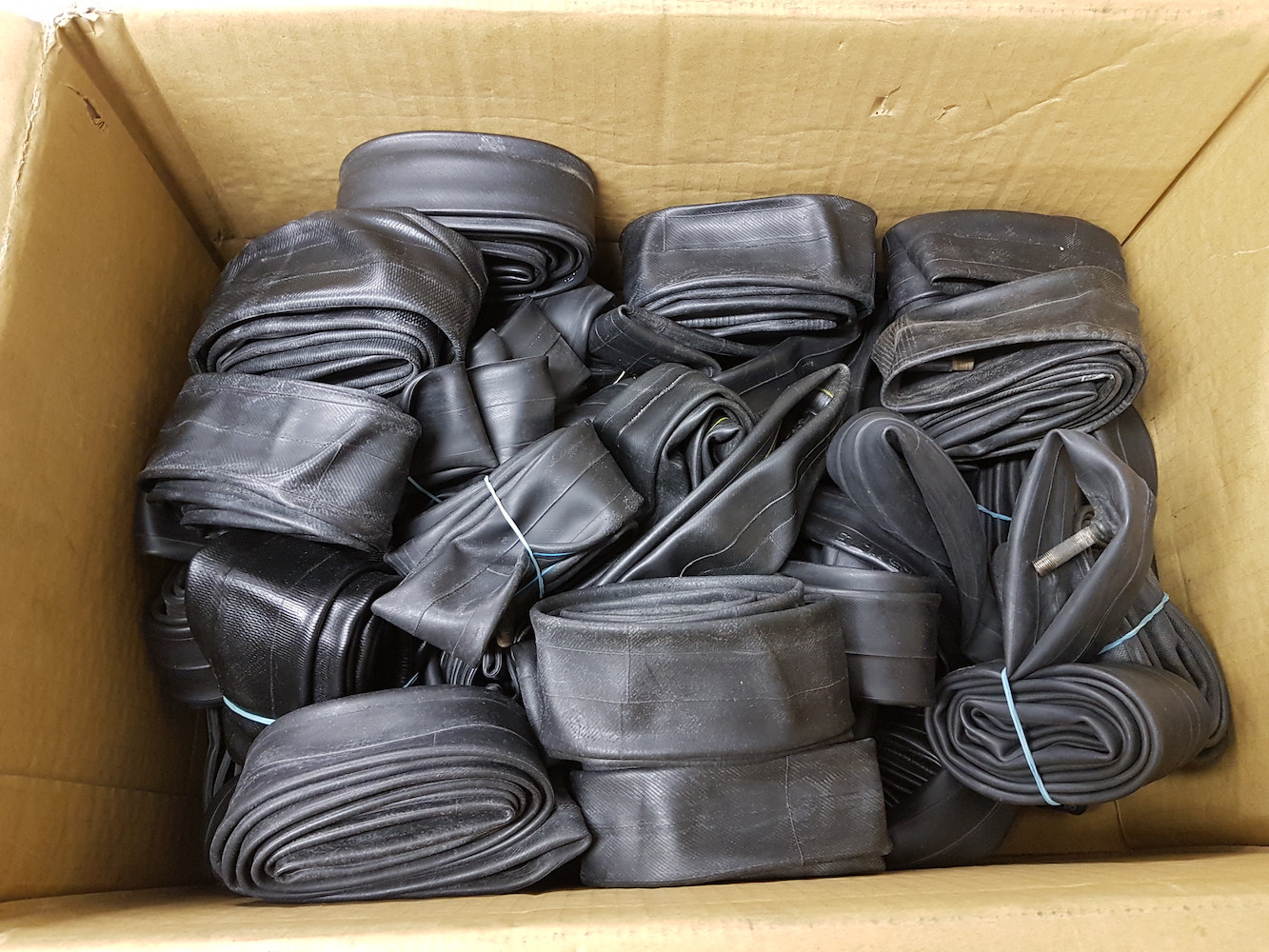 Vacuum cleaner with an adapter down to Schrader size? Pumps usually have valves to avoid pulling in air. You do not need a hard vacuum, just a minor one.

A little gross, but if you do not mind, you could use the vacuum device god gave you. Use a valve tool, remove the valve stem, and then just suck the air out? Probably taste icky, but I would not imagine it would be dangerous. (Taste of the air, vs anything else).

A valve stem tool can be faked with a pair of narrow tweezers. The valve stem itself has the pin in the center of a rectangular piece. You just grasp two sides and twist to unscrew. Here is one on Amazon for $0.39! (Haha! And $7 in shipping! Talk about adding insult to injury...)

Guess none of you guys are old enough to remember the old tube caps. The had a forked end that you used to unscrew the valve stem. 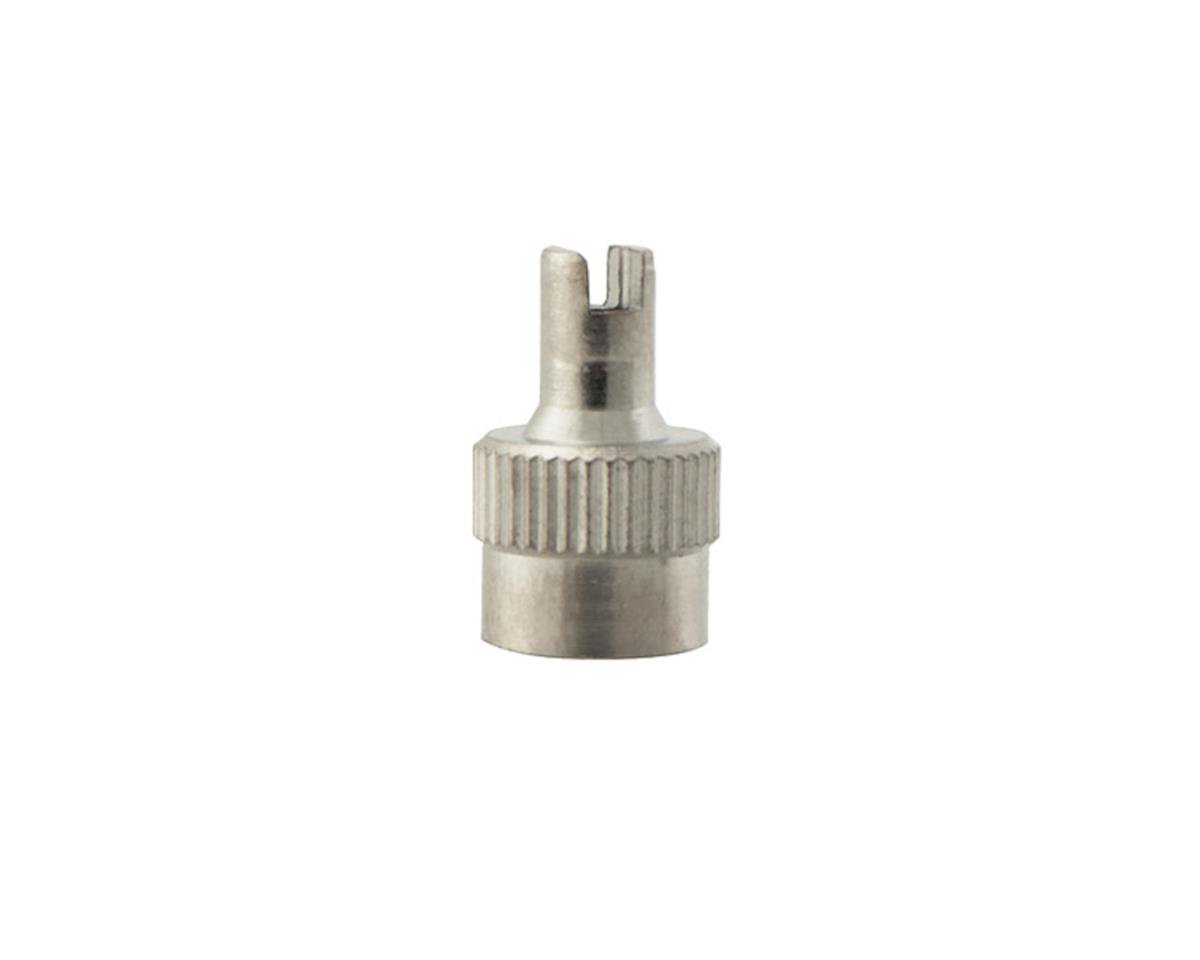 You could remove or loosen the core in the schrader valve with this tool, allowing the air to escape as it is rolled up.

You could use a tubeless valve to make a tool by screwing it into the tube cap into using pliers. This eliminates having to use pliers on the tube cap if it is on too tight.

4
Leaking Slime inner tube valve after opened for first time since install
6
Presta valve won't let air in on a new tube
5
inner tube length size question
3
What causes a tube to become deflated on its own?
8
Can I fix a bad tube patch?
2
Schrader inner tube gets cut by Presta sized hole in rim
5
Why do my tires always deflate between rides?
2
How did my inner tube get folded in a Z inside the tire?
2
New innertube won't inflate when in the tyre
1
Tyre won't deflate completely/starts inflating itsself at a certain point