I've read that only mechanical brakes work with road bike levers (I'm assuming that means the type that goes on the front of drop bars). Is this restriction the case with time trial brake levers that go on the end of bullhorn handles?

The Magura RT6 and RT8 Hydraulic TT brakes have been available (if somewhat unusual) since last year. They are a solid system which is compatible with most current TT frames. The RT6I've only seen as an OEM product. The RT8 seems to be the retail version.

Hydraulic STI levers from Shimano are expected on display at the Taipei Bike Show, going on this week, and an announcement from SRAM is expected in late May. 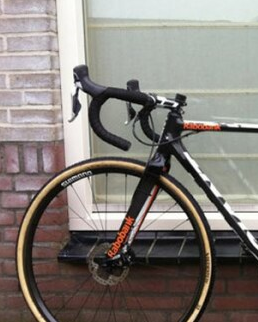 Hydraulic road brakes will be out next year (at a guess). You can see leaked pictures all over the internet.

On the mean time, Magura make a TT brake already, the RT8 TT.

I'm not sure if you and get these if your're not Cervelo though.