How do you lock up your bike trailer?

Many of us pull bike trailers - whether one-wheeled or two-wheeled -- cargo or kids.

What is the best way to lock up trailers - especially when you're commuting? Most trailers come with a quick-release attachment to the bike, which means they're also easy to steal.

It's not super secure since the wheels have quick releases (as does the hitch bar), so it wouldn't take long enough to pop them off and untangle the cable from the hitch bar, but it's a mild deterrent against a quick "smash and grab" theft.

Plus they'd have to leave the wheels behind, which would make the trailer pretty useless, especially if the thief is going to try to sell it so he's probably not going to want to have to buy replacement wheels.

On the downside, it's just a 10mm cable, so wouldn't take much work for a thief to cut through it.

I wouldn't want to leave it parked all day like this, but for a shopping trip with bike rack in a high-traffic location near the front of the store, it's worked out fine. 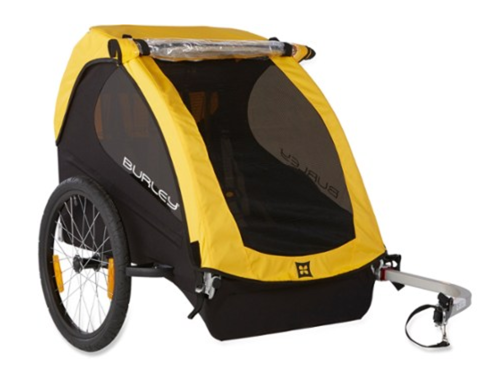 A bike trailer isn't particularly easy to transport if you haven't planned for it. So opportunists won't take much deterring. Some form of lock on the trailer itself would be a good idea, but this would depend on the trailer design - a cable may be your only realistic option if it's loaded .

The contents may be more of a risk, so simple measures like not putting anything easily portable/valuable obvious on top would be a good idea.

If you're regularly parking a trailer somewhere for long periods (e.g. commuting with it for transporting a child or shopping) you really could do with D-locking the frame to something solid even if it's fiddly. But some trailers don't have a single looped bit of metal - this may even be relevant in choosing your trailer. If this isn't an option, taking a wheel or two in with you would be good. Unlike with bikes, it wouldn't be so easy to steel a wheel off another trailer to complete a stolen one. Alternatively you could remove a wheel from the trailer and lock it in the same D-lock you use for your bike.

I have a Croozer Kid Plus 2 for 2 seasons I recently had to leave it outside for some time. I struggled for w while to find a place where I can slip my U lock. Eventually I used a cable I fortunately had with me and wrapped it around the beam that goes underneath the trailer. 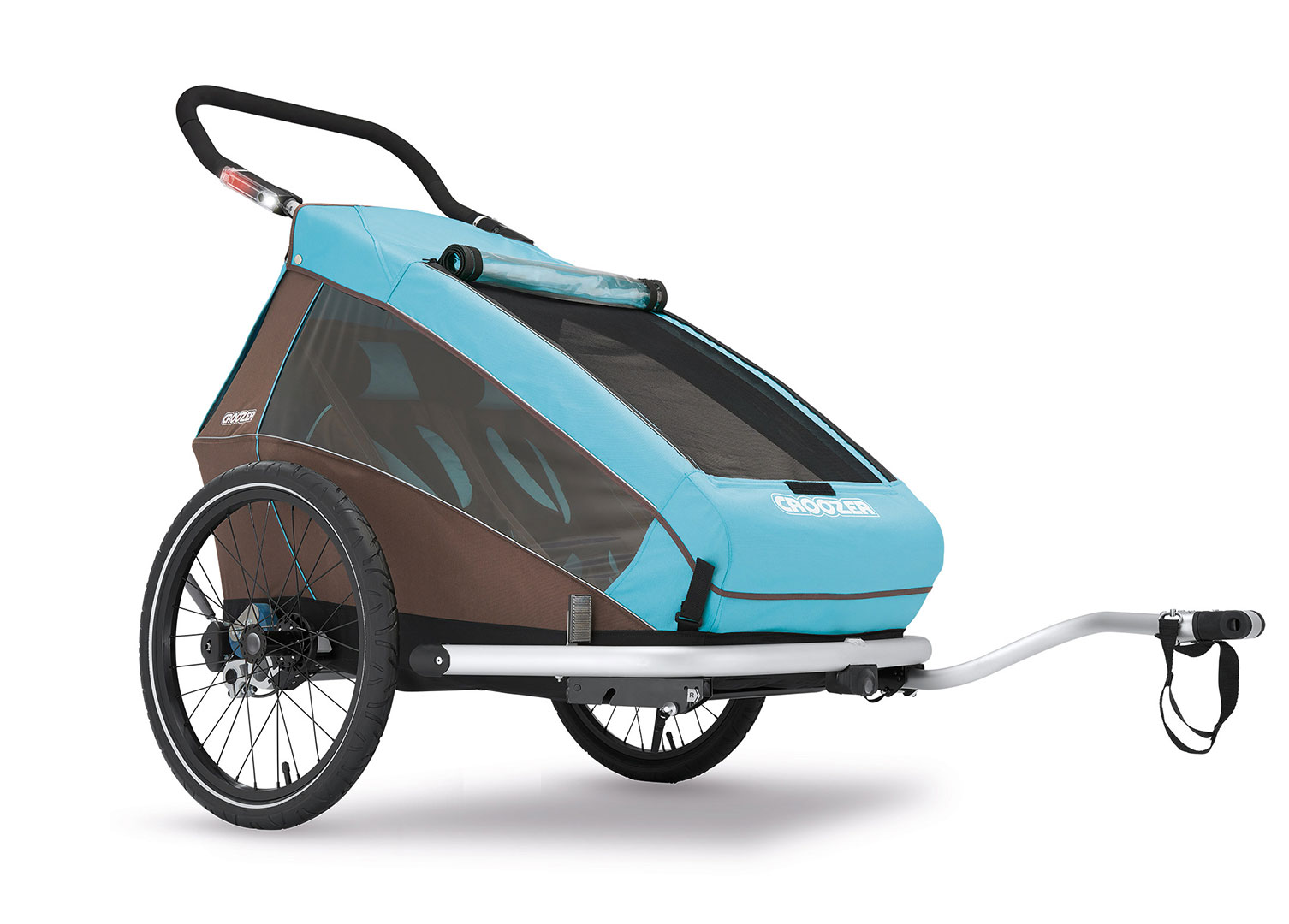 There are no gaps between the frame and the trailer body. Bumpers are open on one side – no luck here. Locking the hitch bar with a provided key is pointless as it can be detached on the trailer-side with one hand (with I do every time I use it and love the practicallity of it :))

Update: I've purchased a 2 meter Kryptonite cable, wrapped it around the beam underneath the trailer and it sits there permanently. It's just long enough so I can u-lock my bike and the trailer cable to the same object.

Consider the trailer its own vehicle and lock it away independently. A trailer should carry its own locks, just like your bike does.

Pulling a long chain lock through both wheels is quite effective (although a bit cumbersome if you have a wide trailer). So is locking both wheels to fixed objects like lanterns. Depending on your threat assessment, you could even go for the overkill and lock everything that has enough room to fit a lock through to something.

Key in all this is to consider the bike trailer its own vehicle. Lock your bike like you'd usually lock it, remove the trailer and park it somewhere safe. Locks will help you with that, just like they do with your bike.

Except treating trailer as a single unit with its own lock (capable of locking at least one wheel and the frame to bicycle stand) there is something more you can do as an additional protection.

Inspired by the way some car trailers are secured to the car hook, I recommend finding a way to complicate unauthorized detach.

If your trailer use Thule ezHitch axle mount or similar, you can find a way to make hard to take the cotter out (custom cotter with padlock eye) 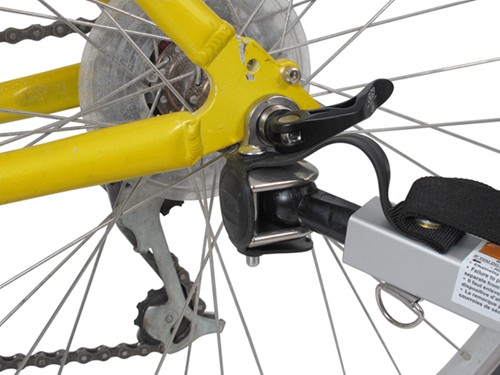 If not possible, you can consider adding additional flexible secure connection (lock cable /chain), that will not get between spokes.

I have a trailer like the others pictured here. However it also has a removable handlebar across the back and a third wheel at the front, and the drawbar can fold underneath, turning it into an odd-looking three-wheel pushchair/pram.

Not the answer you're looking for? Browse other questions tagged lock trailer or ask your own question.

3
Bicycle trailer that can secure cargo?