Is it usual for grease to contract in cold weather?

I bought the 16oz size PolyLube 1000. When I first opened it it was full to the top. A couple weeks ago, I opened it again and found it collapsed in the container, shown in the picture. 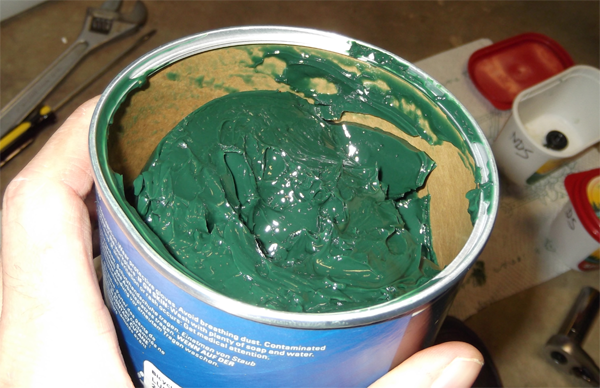 Is it normal to collapse so much? It was warm when I first got it, and it was probably packaged at room temperature, but now it's around 30F. Maybe there was an air pocket, released as the grease pulled away from the sides of the container?

I've only used a volume of about five stacked quarter-dollars (two hubs' worth) dabbed from the top in the middle.

Looks like it was stored upside down at some point.

When you do this, the air bubble moves to the bottom and can take some time to return to the top.

Not the answer you're looking for? Browse other questions tagged grease or ask your own question.

5
Difference between grease
3
Automotive brake grease
1
Is graphite grease suitable for bicycle bearings?
4
Which grease is for what?
10
What is the equivalent for Shimano Roller Brake grease?
2
Best grease for drum brake?
2
Grease for hub bearings? (NLGI grade)
1
Less than perfect bike grease for bolts and pedals
5
To what extent is grease interchangeable?