Headset/fork adaptor from semi-integrated to integrated?

I'm building a Frankenstein fixie from a variety of parts lying around and have run into a problem with my forks/steerer. I suspect this is because the frame that the forks were taken from had a semi-integrated system (I think that's the right terminology - when you remove the fork, the ball-bearings are exposed), whereas on the new frame the bearings are enclosed.

Anyway, other than the ridiculous aesthetics and maybe some exposure to grime, there is this looseness to the assembly that causes a clunk on bumpy roads and a bit of wobble during normal riding that I can't get rid of at the risk of over-tightening the whole assembly.

I have read some good resources here (and of course on Sheldon Brown's site) (Frame/fork compatibility), (How do I fix movement in headset), and others.

The reason I'm still posting this question is: 1. Is it even possible to use these two incompatible systems and is there a generally accepted way to to it? 2. If I'm ordering a new headset based on this configuration am I more concerned about the frame specs or the fork specs?

Thanks for your (gentle) answers – I'm a rank amateur with only a handful of builds under my belt! 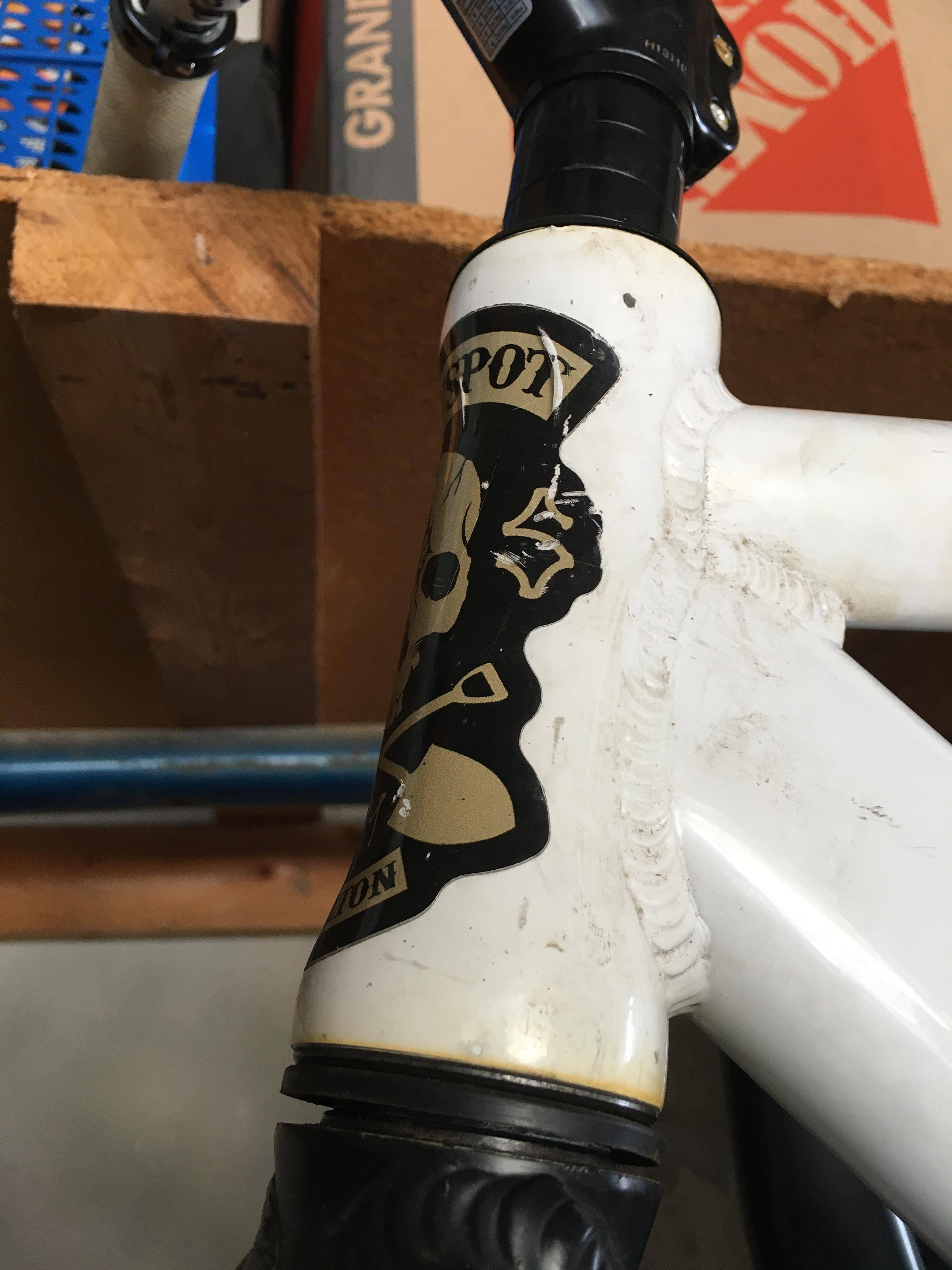 You've used whatever crown race was installed previously on the fork. It appears to be for a looseball type headset. Crown races from such headsets are matched to the other parts of the headset and, unless designed otherwise like a few manufacturers do within their lineups, have no interchangeability with other headsets, and certainly not with any type of cartridge bearing headset. Cartridge headsets take flat-faced crown races to interface with a cartridge bearing. The kind you have has a curved face to interface with a ball bearing.

In some cases one might be able to find an individually obtainable crown race to match an existing headset. There is high interchangeability between many integrated and internal cartridge headsets and crown races, but it's not a given. Bearing face angle and seal interface are both factors that can come up sometimes.

Look into buying a new crown race for your existing headset, or swap it from the old fork if you've got it. If those avenues are not options, buy a complete new headset. The removal and installation tools for all of this can sometimes be improvised and sometimes not, but there are many questions here about this.

Not the answer you're looking for? Browse other questions tagged fork headset or ask your own question.

1
How can I fit a tapered fork to a 1 1/8 semi-integrated/zero stack head tube?
2
Can't find right headset adjustment
2
Do I need to remove & service integrated headset bearings when replacing fork?
2
Replace bottom tubes of Marzocchi fork with rigid tubes?
2
Can my headtube take a tapered fork?
4
Gap between internal cartridge headset and fork
1
Semi-integrated / external headset compatibility
2
Adapter to use straight fork in tapered steerer semi-integrated?
4
How to Choose Headset Bearings - Transition from Straight Steerer to Tapered Steerer