Which parts of a wrecked bike would be OK to use or sell?

A few months ago I was in an accident with a car on my way home from work (oncoming car turned left in front of me). My bike was severely damaged, the frame broke in two and the front wheel is bent enough to be un-usable. 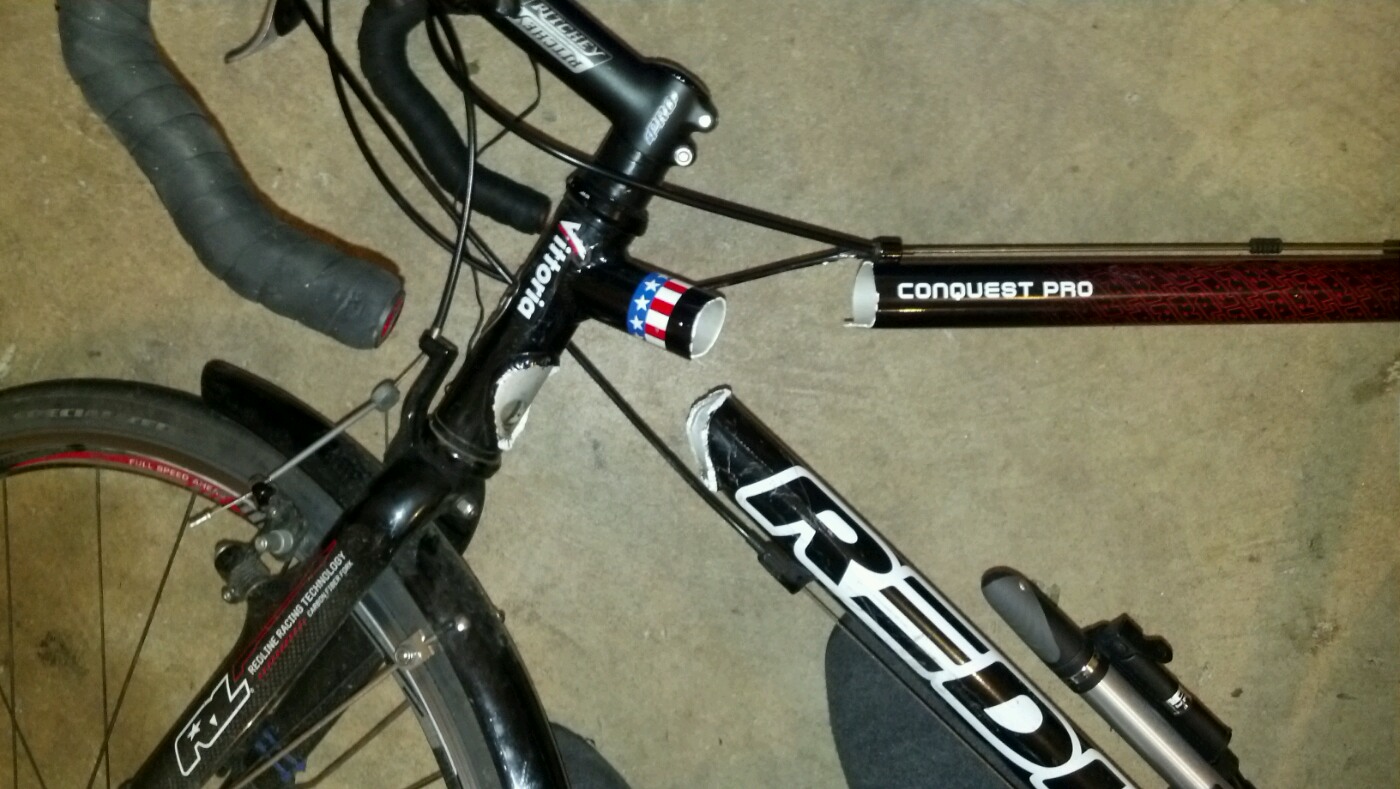 However, many of the other parts, the shifters, derailers, brakes, etc. seem to be in good condition. I'm considering using some and selling others of these parts. Excluding the obviously damaged parts, are there any other parts that shouldn't be used/sold? I wouldn't want to use/sell bad parts and I would be selling these with full disclosure on where they came from and what they went through. Basically I'd like to know if there are any parts that are typically damaged with wrecks like this and what I should look for.

We have no way to know what may or may not have been damaged in the accident, especially without knowing details about the accident and the types of components on the bike. Some parts you likely won't be able to determine if they're still functional until you put them on a different bike and ride on them.

That said, you're not going to get much by selling a lot of those components piecemeal, especially with a disclaimer that it's been in an accident.

My recommendation? Scrap the bike for parts, and keep them around as spares for your next bike. Having a good supply of used parts on hand can be incredibly useful.

I think perhaps you could inspect some parts and, if they show no reason to worry, you could use them yourself. But I think it would be unfair to sell some of the parts, "by definition".

So, I think you should NOT sell these parts:

These are structural parts that are vital for safety and/or are likely to be damaged in an impact like yours (looks like frontal impact?)

You could sell the bike whole, for someone else to part out.

The handlebar and stem, unless visibly bent/damaged, should be safe. Inspect the cranks to see if they've been bent. If not, then the cranks and BB cart should be good. If the rear wheel has remained true, then it is good. And obviously, brake parts, derailers, etc, are good unless bent.

You should, of course, disclose that the parts are from a traffic-damaged bicycle. And I would agree with the others that the amount you get may not be worth the effort. (You might consider instead donating the bike to a local bikes-for-kids group that would strip it for parts.)

(Or you could repair the bike. The frame can actually be repaired, if what's in the picture is the worst of it, and if the front wheel is not totally tacoed it can likely be trued to a substantial degree (though probably not perfect). Of course, it wouldn't really be worth the effort, but it would be a challenging "project".)

Get a new frame and front wheel, and build it up yourself for "fun". Then sell it on or keep as a spare/winter bike.

I would say that apart from frame, handlebar, fork and stem, seatpost (you never know, and it is quite painful if it snaps halfway) you can save many things, like the drivetrain, brakes. Front wheel should not be used anymore, but you can keep to play around with fun project (i.e. to build a one-wheel cargo trailer or other upcycling stuff).

The fork, even if straight, must not be used again on a bicycle, but may be used to build a wheel aligner. If you throw it away, please carefully destroy it (hammer it, break it, find your way): it should be evident and impossible to be repaired ... you never know who will scavenge the rubbish bin.

Not the answer you're looking for? Browse other questions tagged safety damage or ask your own question.

11
How can I tell a bike is safe after a crash?
5
How would the “pros” bike this commute?
54
Protocol for downhill cyclist overtaking a car?
4
Would an original Abloy padlock and [toughened] chain make a good bike lock?
4
Safety check for a used bike
5
Which kind of test has bike parts to pass to be sold?
13
Front disc brake wobbling / grinding on pads after full braking and minor plunge
50
How can I make it clear to other road users that I'm an inexperienced cyclist?