I have a vintage road bike with Sun Tour Cyclone single-pivot calipers, with Cyclone levers. I recently had the front brake cable housing "detach" from the brake lever. It appears to have a large 'ferrule'-type piece on the end of the housing. (what's the name of this part?)

The right lever appears to have the housing head straight into the lever, and appears crimped in. It's not visible in the photo either way but I don't believe there is a similar cable housing ferrule.

What is the correct method for me to get the rear-brake cable housing back into the brake lever, and secure it in place? 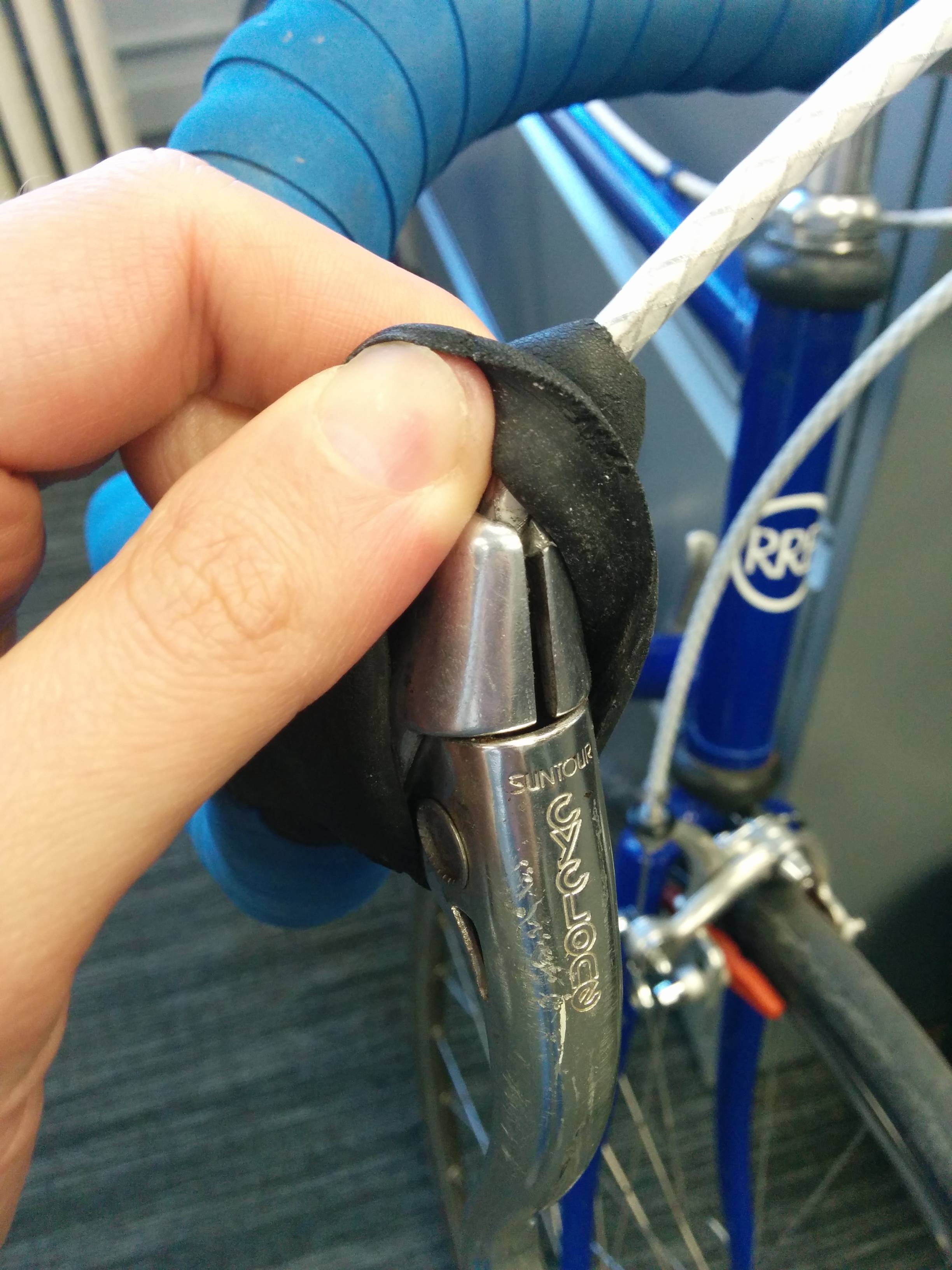 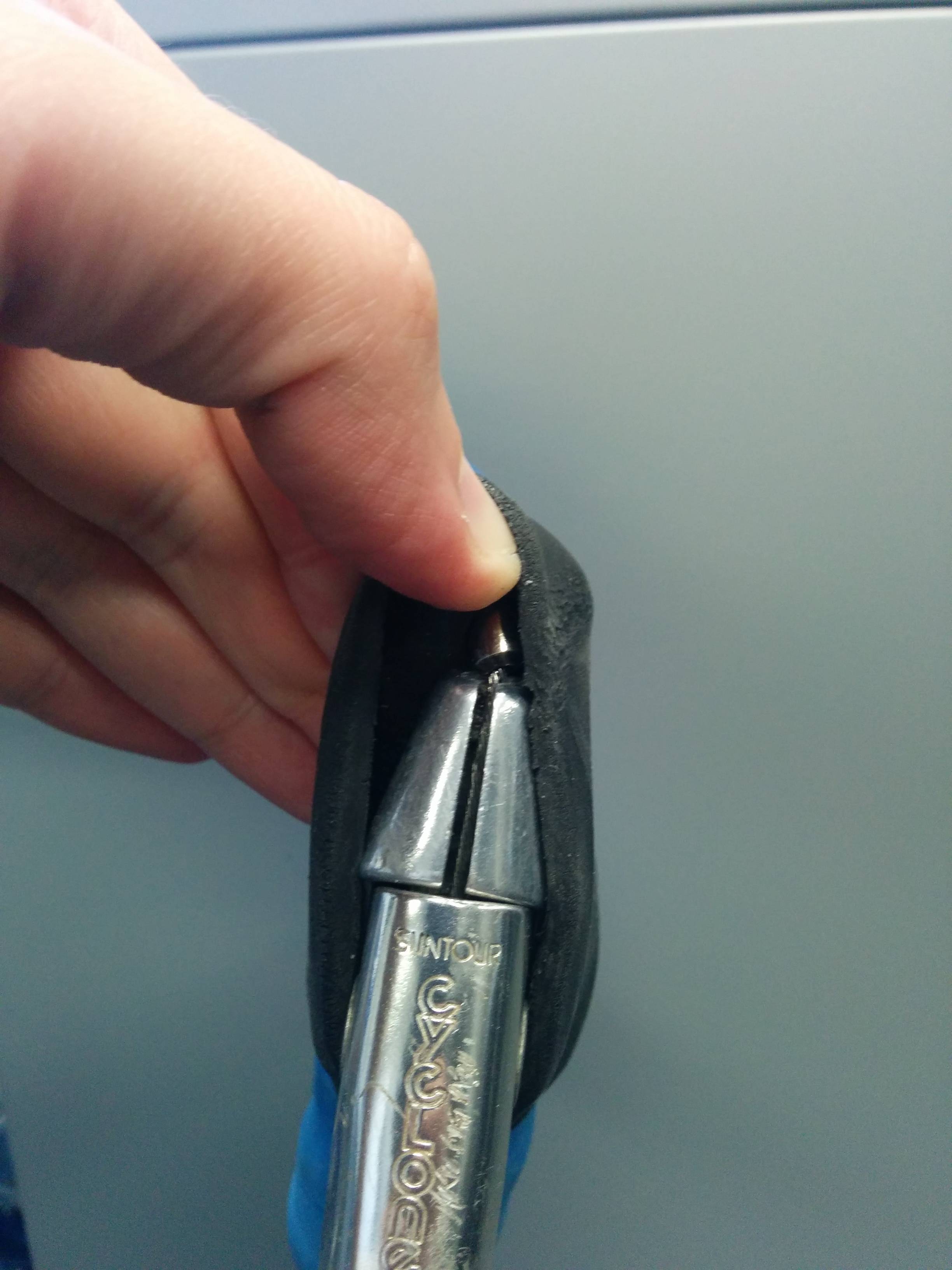 Generally, if you were to roll the shroud back, remove the cable, squeeze the lever all the way, and then look, you would see that, with the lever squeezed, there is a sort of hole in the lever arm exposed where the barrel-shaped cable end fits. You need several inches of slack in the cable to get it into/out of that hole.

On re-reading the question: It sounds as if your complaint may be that the ferrule on the end of the cable housing has slipped out of the hole on the end of the brake lever assembly (vs the cable inside coming loose from the moving lever). If this is the case, that housing is held in place by "habit" -- there's no crimp or anything that holds it there, except that tension from the brake cable keeps it in place. If the tension is gone, either because the cable has been loosened at the other end, or because the cable has developed too much friction inside, then the housing end will be pushed from its resting point as you operate the lever.

In the interests of stopping when you want to, I'd fit brand new brake cables. If they're tired, consider all-new housings too.

Fit the ferrule into the lever first, then thread the wire through to the brake, fasten and adjust tension. Re-tension a couple times in the next week for cable stretch.

Not the answer you're looking for? Browse other questions tagged brakes cable or ask your own question.

11
Do cyclocross/interrupter/touring brake levers reduce brake performance?
1
Adding Brake Caliper Cable Tension SRAM Rival
1
Brand New Bicycle Brake Cables Popping out
0
Ferrule size for a road brake cable housing slot?
3
Rear brake cable temporary fix possible?
2
Can I swap my Saccon Altex calipers with Campagnolo Veloce
4
What is the plastic inside this barrel adjuster, and is it okay to be worn?
2
Brake housing end cap size
2
Should brake lever move if you press the (V-brake) calipers together?
3
How to run full length cable housing to front mech on a frame without cable stops?