Can anyone help me identify my bike please? 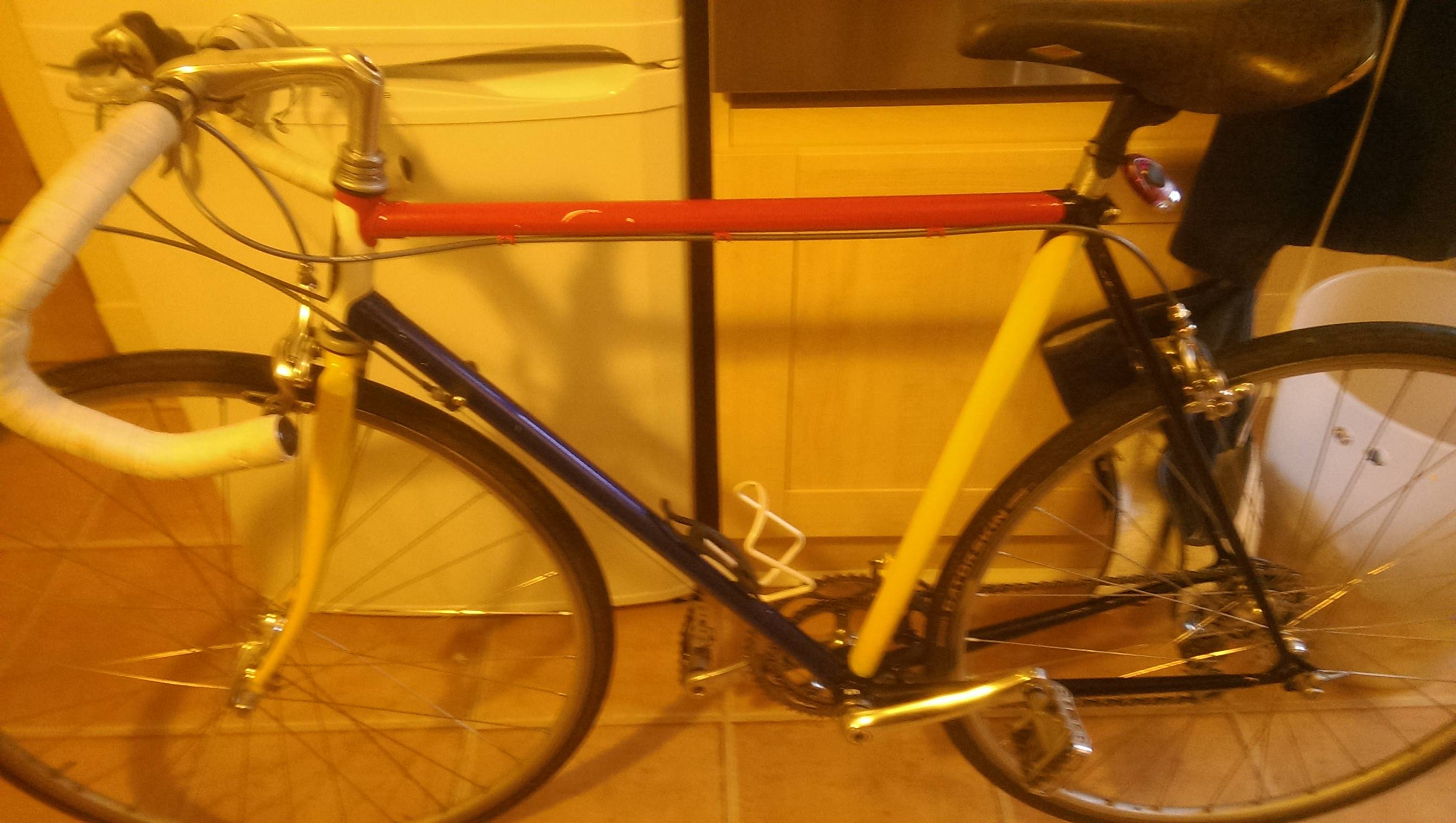 Can anyone help me identify my bike please? It has a slight story attached as it was one of the bikes in the new Lance Armstrong film. It was badged up as a Gazelle TVM (and as far as I can see, re-sprayed to represent the team colours). Most of the transfers were removed before re-sale but two remain. I'm fairly sure it isn't a Gazelle, after checking their catalogues from the 80s and 90s. At both ends of the top tube it has heart cut-outs on the lugs and also at the top of the down tube. The brake cable also runs externally, under the top tube and has three stays, evenly spaced out. There is a serial number on the bottom bracket which reads; 90250 and also says 54 degrees (o) C. I've searched for this but come up with nothing. I suspect the frame is Columbus and the bottom bracket is about 76mm in width. Does anyone have any ideas? The bike is great to ride, so I have no issues with it. Just curious if anyone knows what it actually is?? Cheers[full bike 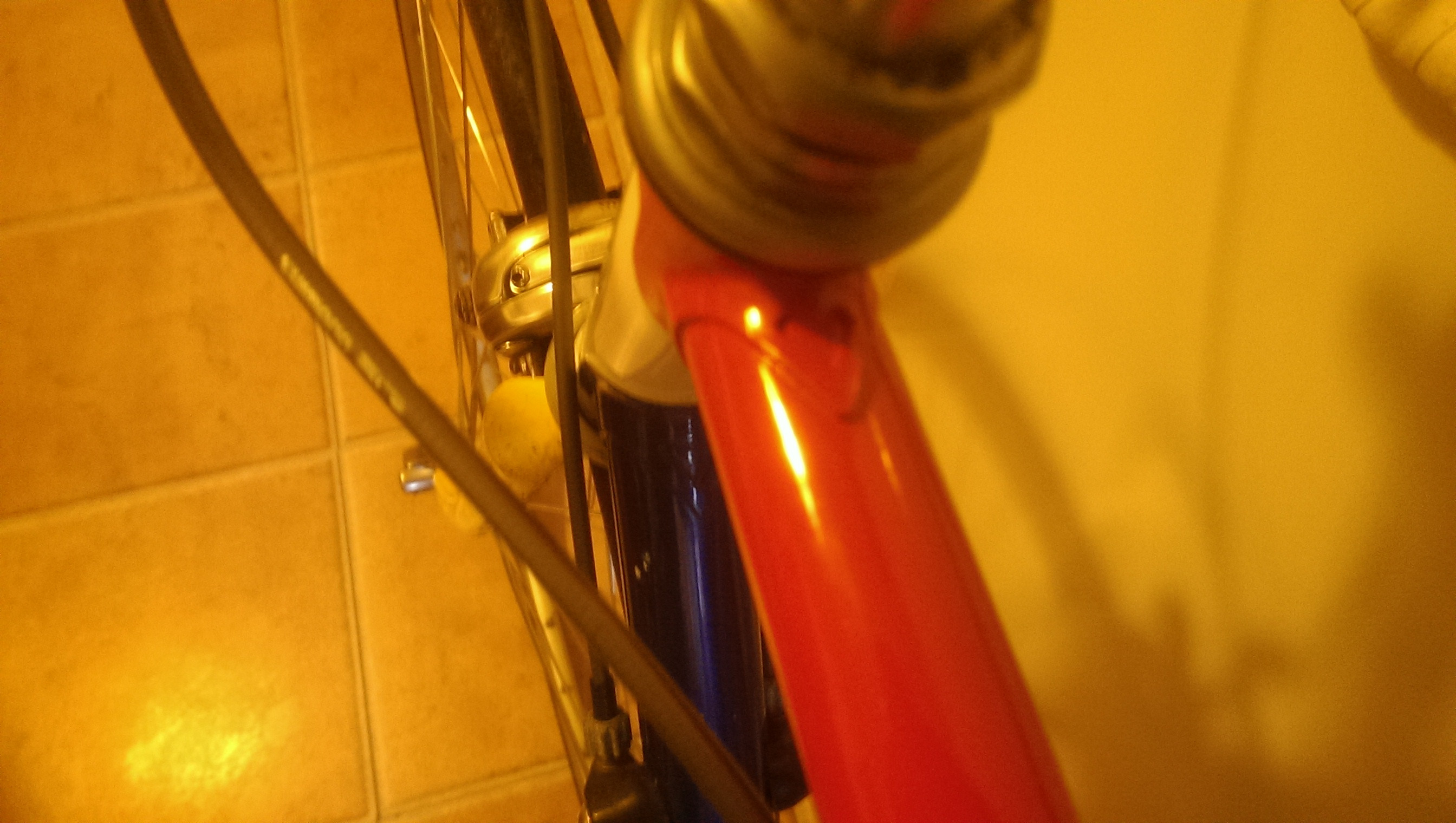 The heart cutout is De Rosa logo. You can probably find out the exact model by matching lug styles and which lugs have the cutouts.

The link from other answer mentions that there were De Rosas among the bikes used in the film.

Read this a while back:

I think its a condor classico