My old bike which I inherited from my sister back in the 80s. Would love to do this up for my children, maybe get it sandblasted and resprayed. But would love to find the replacement stickers and maybe new tyres if possible.

Anyone help identify it?

Have looked up the number and websites for a couple of days now but cannot find a match? 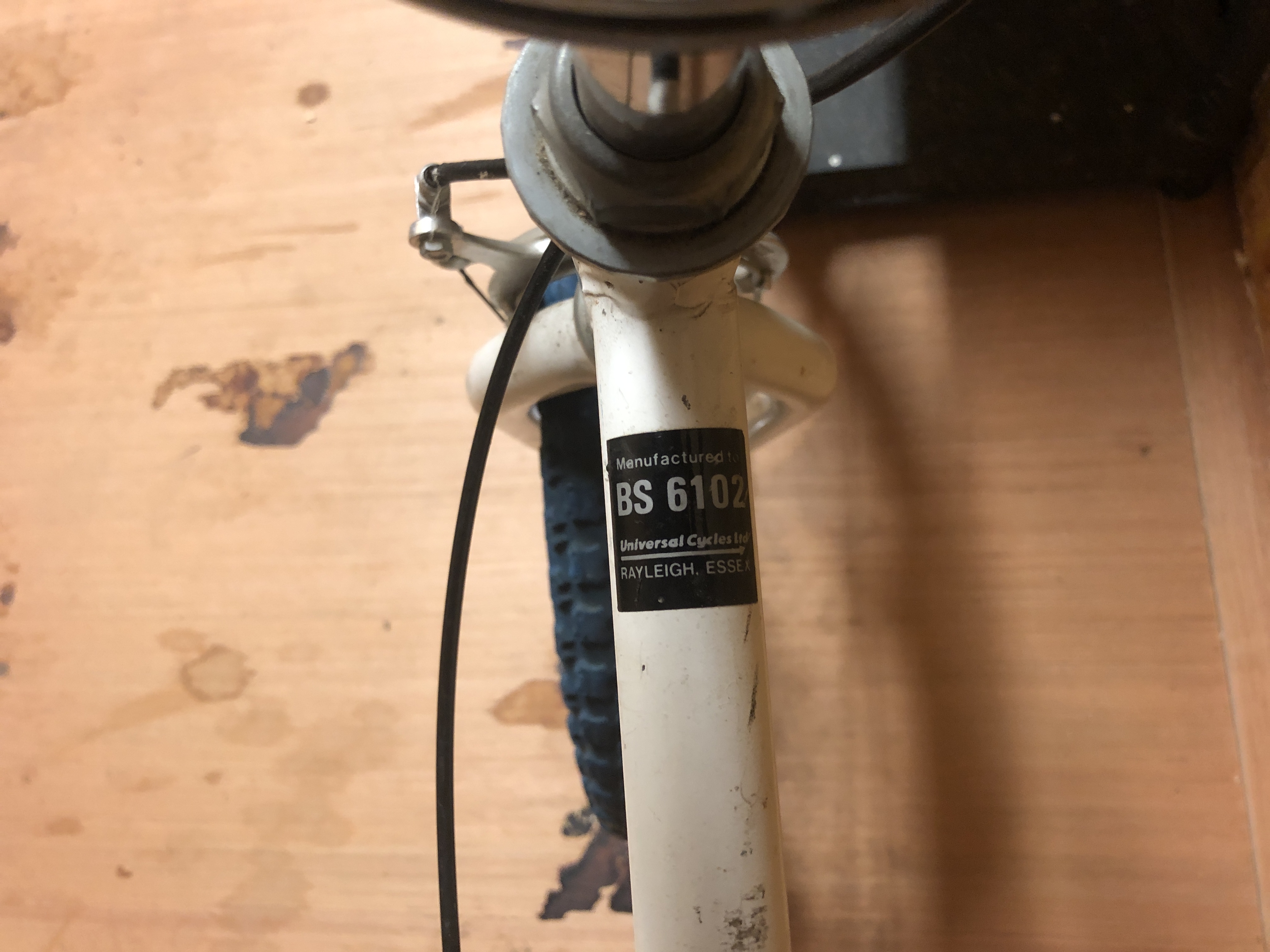 BS6102 is a British Standard for cycle safety. Released in 1981, and compliance became mandatory in 1983. It specifies rim dimensions, lighting/reflective gear, dimensions of spoke nipples etc. Does NOT cover helmets. So this bike post-dates 1981/2 and predates ~2005 when the European GPSR rules were adopted. So that number is useless for anything other than a 24 year window.

Personally, I'd make it mechanically sound and fun to ride, and then ride it. Maintain it, care for it, store it inside, and it'll last decades more.

Universal Cycles were known for producing low end bikes, probably one step above a BSO but not particularly high end.

As for decals - you might want to simply clearcoat it plain over the paint, or make your own that say "KGBigman BMX Bespoke Model" or something.

You could even be horrible to a future researcher and badge the bike as something its clearly not. 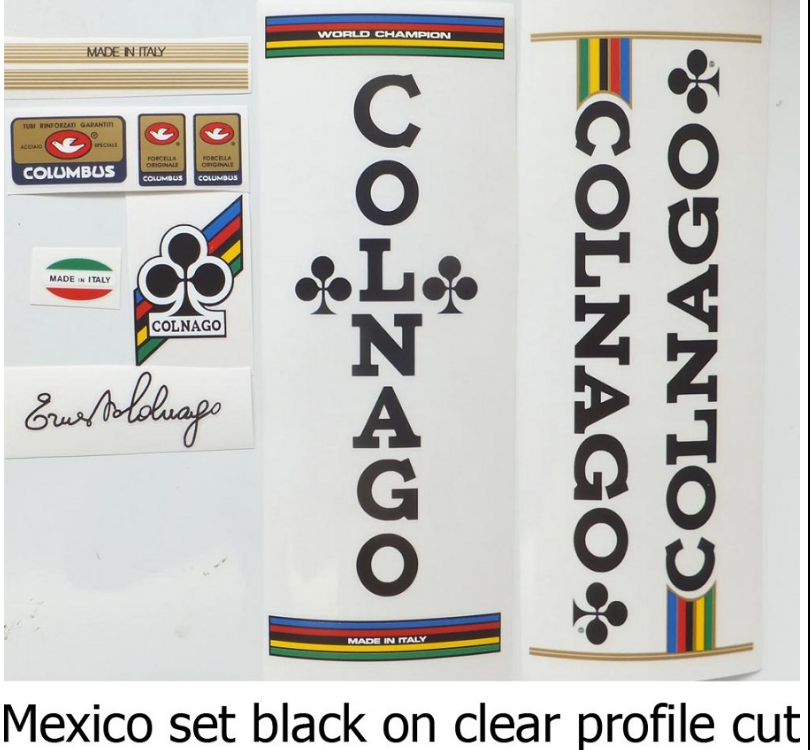 There are heaps of decal sets to order on the web, even ebay has plenty.