Looking for year for this bike 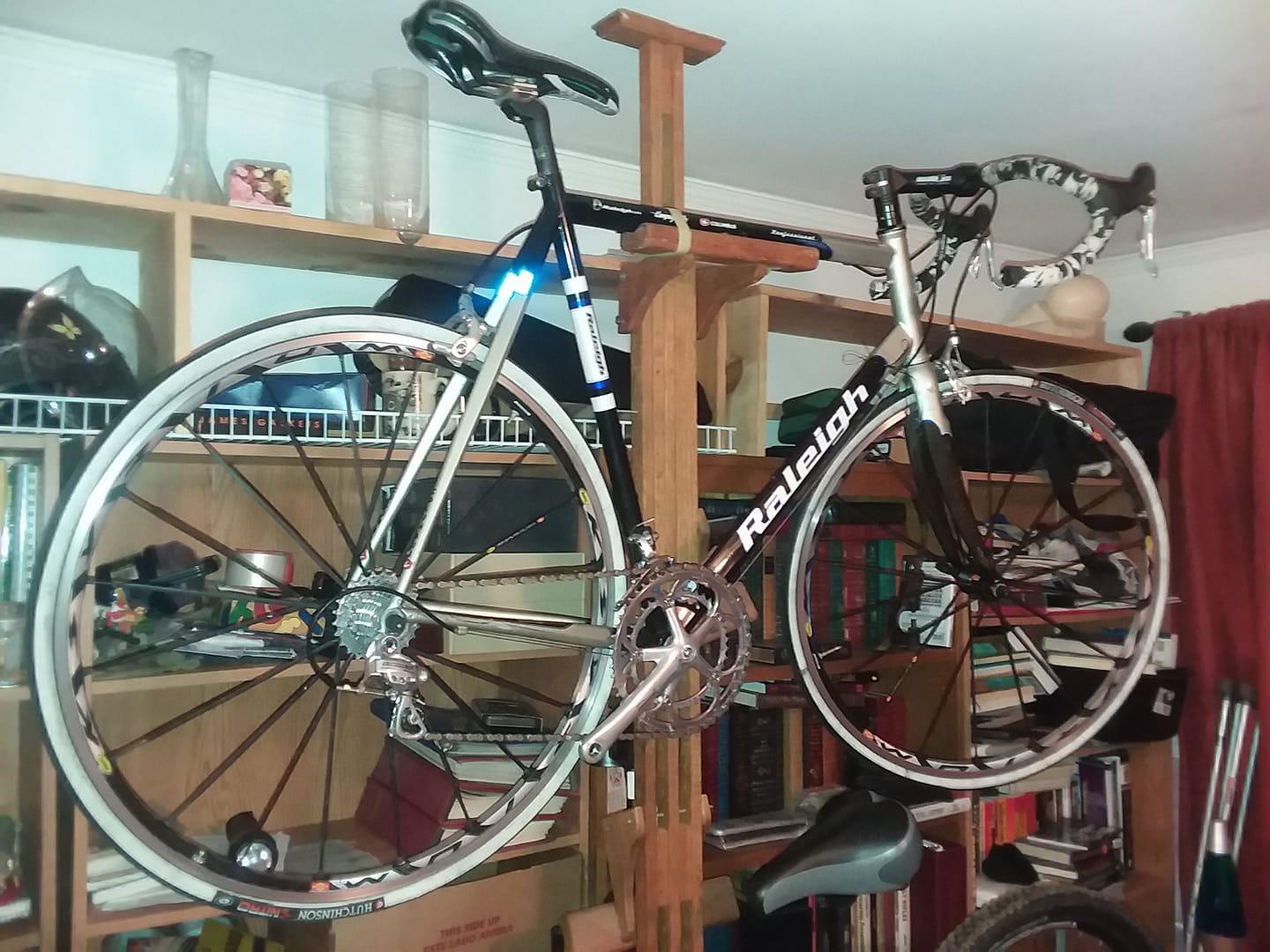 I just bought this bike a Raleigh Professional 10 speed, I am trying to ID year. Serial number is hard to read, maybe 00Y00672.

I am excited about this bike 10 Speed. Any help would be appreciated.

First, for most purposes, it doesn’t really matter what year your bike was made.

Second, I was curious and I Googled. There’s little information about this particular model, and I can’t find an exact match.

That said, my guess is that the frameset is from the early 2000s, probably pre-2004. Raleigh USA’s 2004 catalog shows a Professional model with an aluminum frame and carbon seat stays. By my recollection, aluminum with carbon stays had a brief moment of popularity around that time. Your frame does look like an aluminum frame, but it doesn’t look like it has carbon seat stays. So, let’s guess pre-2004. (Note: see answer by @DeleterUser - this bike is likely a 2002 Professional, which should have a steel frame.)

The components look like Campagnolo Centaur or Chorus. In the early 2000s, those were all polished silver components. That corroborates that this was an early 2000s frame. I doubt those components came stock, however. Nearly all OEM specifications were Shimano components. (Note: see answer by @DeleterUser - the 2002 Professional came stock with a Chorus/Centaur mix.)

Side note: you need to close that front brake. There’s a small sliding button on the levers near where the brake lever pivots. Push it in.

19
How can I tell what year my bike was made?
28
Why shouldn't I care what model/make/year my bicycle is?

2
What year is this Specialized Stumpjumper FSR?
2
Serial number & Head badge issues
0
Help figuring out make/model/year of this bike?
0
Help identifying a 1980s Shimano 600 road bike
0
Hi! Im looking to ID a rebuilt touring bike with serial number
0
Can you help me identify my bike please?
9
Help Identifying this bike frame
12
What kind of bike do I have
0
Help me identify this specific Giant XTC