Cracked rim - adequate for trainer use?

I'd just bought a used wheel, but didn't actually notice its quite serious crack on the sidewall of the rim (silly me, quite foolish to not inspect it). 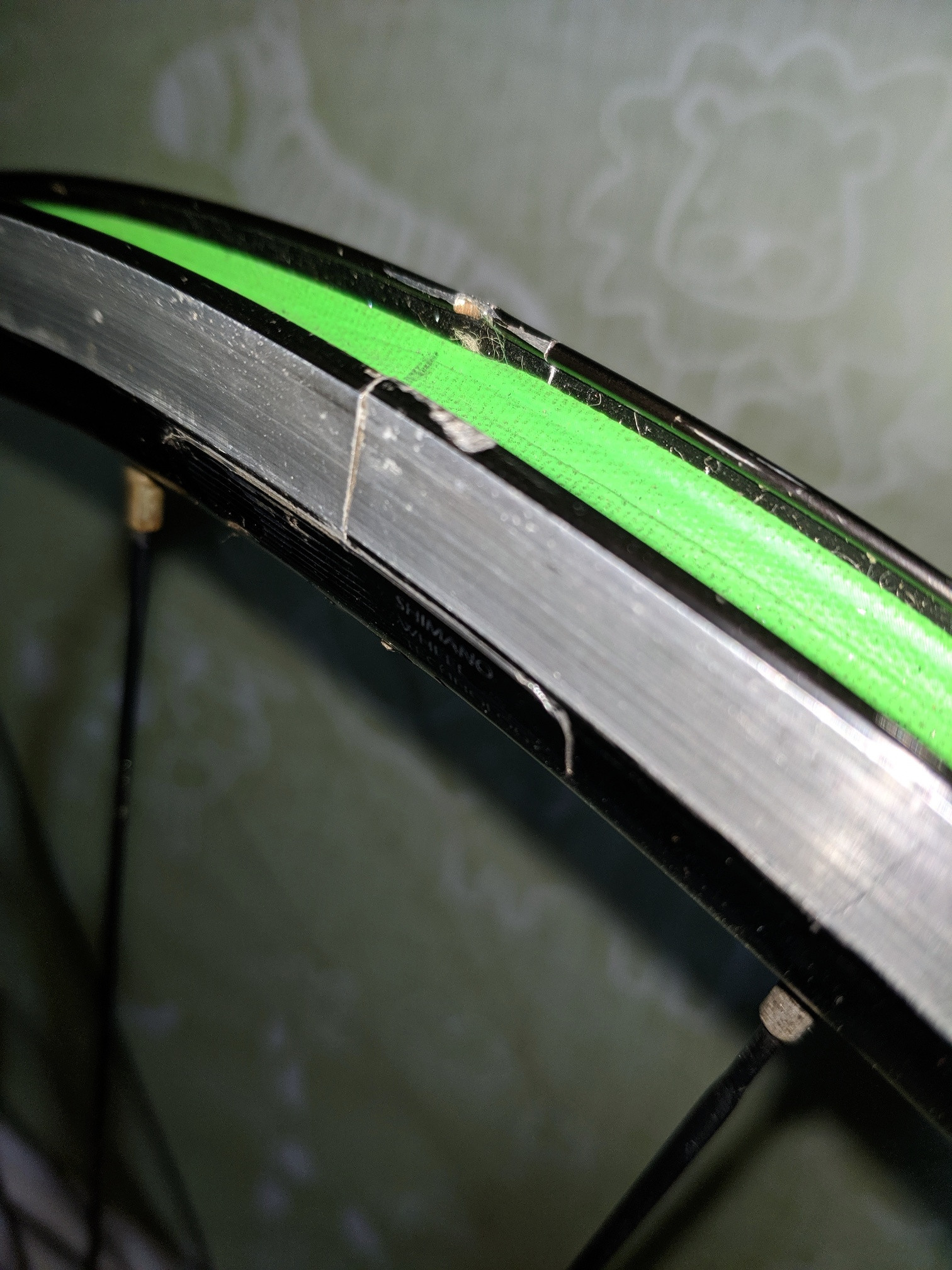 In this case, what are the odds of it failing, when used exclusively on a trainer?

If it where a tiny crack and your trainer was the type that holds the weight by the skewer then maybe, but the damage shown may be too risky even to mount and inflate the tire onto it.

I think the outward pressure from the tire might further break the rim walls and expand them, causing contact with the bike. If that happens while your'e spinning the tire it may cause serious damage to the frame. It could also send debris in any direction that may damage your floor, furniture or cause injury to you or someone nearby.

I think you better throw it away or make a lamp or other decorative object out of it...

Inspect the hub to see if it's worth keeping as a spare. Maybe the spokes too. 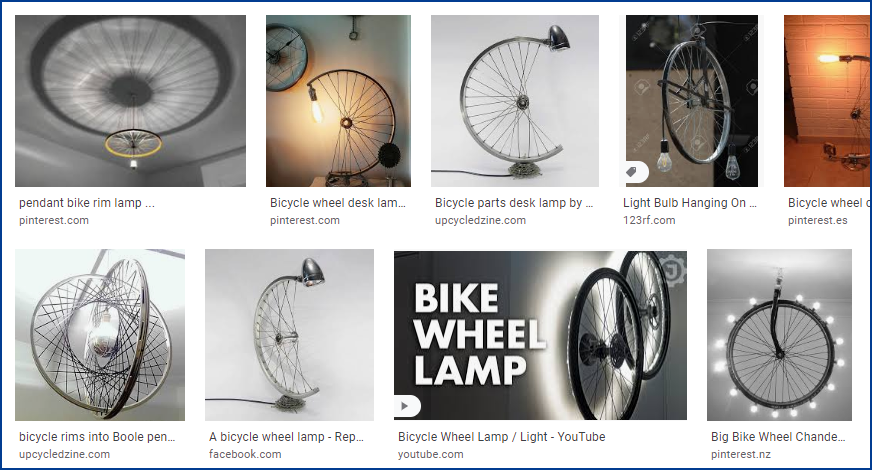 That's the seam of the rim. It's fine.

That looks like a pinned rim joint where the pin on that side of the rim is trying to break free. What exact model wheel is that?

(There are three basic ways the rim material is joined into a hoop - welded, pinned, and sleeved. Welded means the two ends are welded together then machined, pinned means two metal pins - one in each rim wall - are used to keep the ends aligned, and sleeved means a single sleeve fits on the inside of the rim to keep the two ends aligned. For pinned and sleeved rims, the spoke tension pulling on the rim keeps the joint closed.)

And what does the other side of the rim look like? Is it cracked, too?

If the other side isn't cracked, it should be relatively OK for trainer use. While it's possible that a failure while riding on the trainer could cause parts of the rim to damage other parts of the bike, that's probably not all that likely - the rim joint is held tight in place by the spoke tension so the most likely thing to happen would be a small chunk of rim would just fall off.

And that would be less likely to cause damage than a spoke failing while riding would, and such spoke failures are possible with most wheels.

But all that's assuming the rim material surrounding the pin on the other side of the rim is intact. If the other side is visibly cracked, too, that's getting to the point where I personally wouldn't use the rim at all.

In any case, I wouldn't ride that rim off the trainer ever.

Not the answer you're looking for? Browse other questions tagged wheels rims or ask your own question.

9
How do I get rid of this clicking sound in the back wheel?
12
Spokes loose on a new wheel, is this expected or a bad build?
11
What should I use, VeloPlugs, Rim Tape, or Rubber Rim Strips in new wheels?
1
Rim seems to be shedding metal chunks
8
Rear Tyre torn at rim - what was the cause?
0
Rim shot? Goes badly out of true at medium tension
20
Is this rim still safe to use?
12
Is it safe to ride on cracked carbon rims (Zipp 404 Firecrest 2010 edition)?
13
When is a bike rim beyond repair?
0
1.875" bicycle rim width