Sunglasses fogging on cool bright mornings - can I improve airflow?

My favourite riding sunglasses are my Bollé Mamba II safety sunglasses - they're light and wrap around properly while being by far the most comfortable ones I've found. They're also cheap.

There is a downside, which is normally only apparent in winter but was a bit of an issue yesterday morning: they fog easily, especially on the bit I look through using the drops or aero bars. Yesterday was sunny all day, but I started before it warmed up, so I was out in around 10°C, sweating a little. It's possible wind chill on the outside was cooling the glasses, as I averaged >30km/h for the hour or two this was a problem, before the day warmed up. This wasn't about stopping, because I didn't, but when rolling along. It was better when riding into the sun, but that never lasted long.

I like the way they sit so close to my face, but it means that unlike my less-good cycling-specific glasses there's no airflow behind the lens.

The issue may be what they call "upper protection". They're a sort of frameless design, but with a little ridge running along the top of the lens, at eyebrow height and touching my face. It's visible (just) in this photo of them upside down: 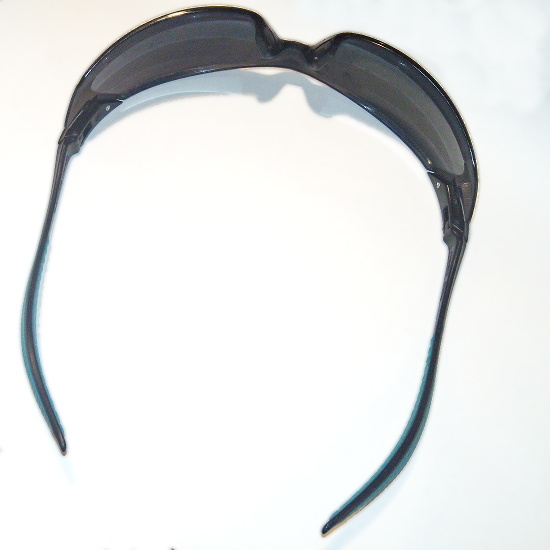 They're getting a little scratched and it's nearly time for a new pair, so it's a good time to try some experiments. Is there some way I can increase the airflow behind the lens? Are there designs that do this so I can be inspired? I don't really want to try a coating, because I'm likely to wipe it off.

Other, looser fitting and less comfortable glasses don't fog up nearly as much (including another Bollé polycarbonate pair, so it's not the material).

Since you can't change your head, try with a different pair of glasses. Also, some glasses have small ventilation holes at the top of the screen. Or you might get replacement screens that have these.

I've made some modifications and the first test ride (mainly testing fit) was successful.

I noticed on close examination that the bridge fits my nose almost perfectly (except for a slight asymmetry in me - swimming pool steps are harder than cartilage). This means little or no airflow between my nose and the lens. The modification to deal with that is reversible - I hot-glued some strips of old inner tube to the bridge pads, making the glasses sit a tiny bit higher and opening a little gap. 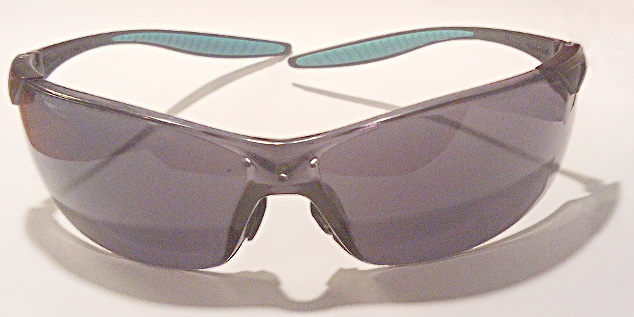 A warm afternoon test ride including using the aero bars and putting some effort in showed that they fit just as well, don't slide down, and vision through the top of the lenses is better. I could feel air flowing behind the lenses where I couldn't on Monday, though still not as much as I'd get with a less close-fitting pair.

Not the answer you're looking for? Browse other questions tagged modification glasses or ask your own question.

15
Sunglasses for commuting?
29
Need cycling eyewear, but fogging is a big problem
23
What tint colors are most useful for cycling sunglasses?
4
How can I use a bent seatpost to move my cruiser's seat farther back?
6
Sunglasses anti-fog solutions safe for cycling
6
Coping with mud in the face
7
Is cycling with crystal sunglasses dangerous?
1
Full-face helmet/downhill context and short sightedness
2
How can I DIY a smaller Anything Cage/Versacage, or a mini bottle cage