Still skipping cogs when shifting after indexing and replacing shifter

Is this an issue with the rear derailleur? It is about 8 years old and has been bang up plenty of times.

Is the hanger bent?

any thing else I should be checking? 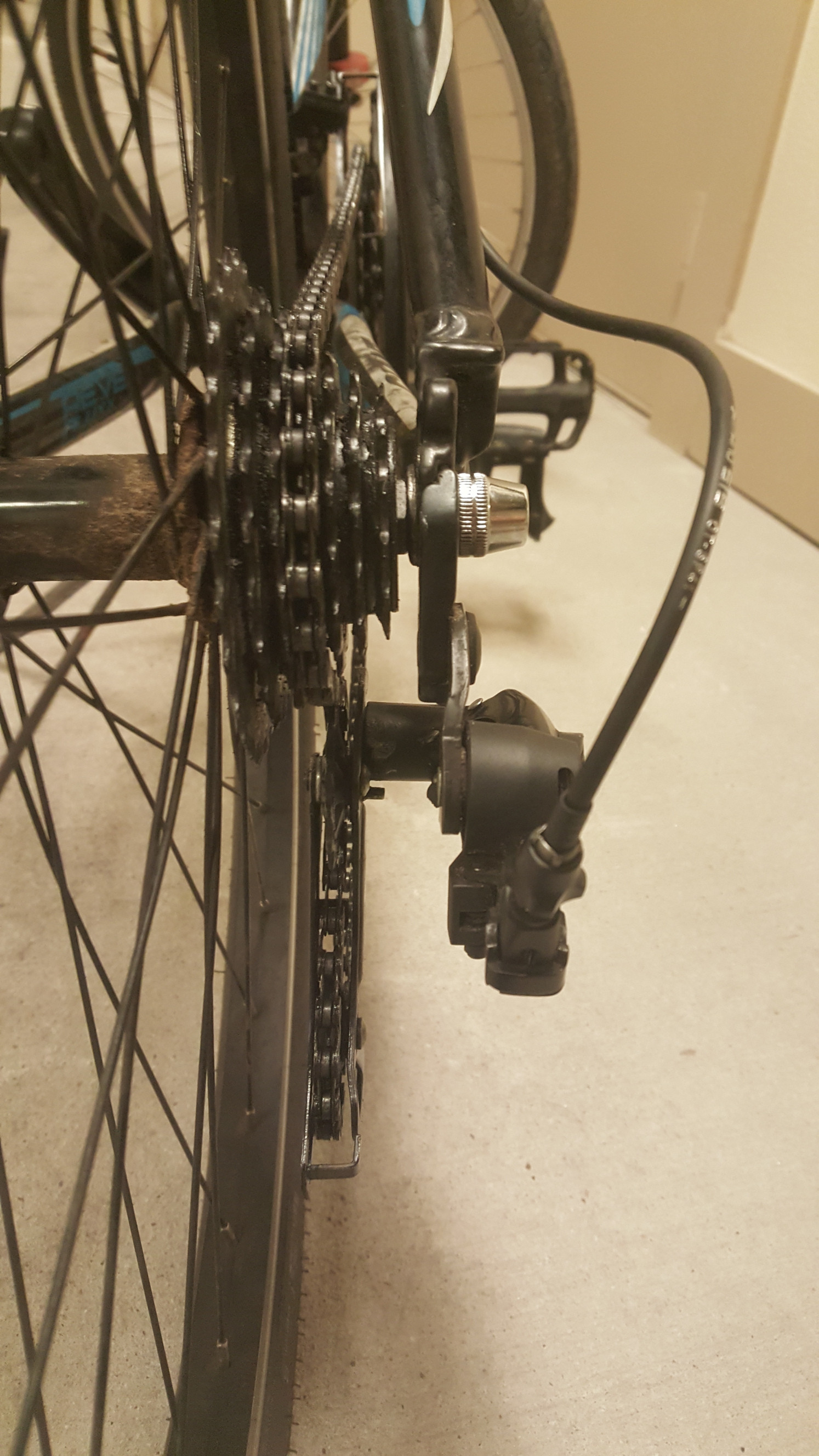 The cage and it's pulley wheels look fairly straight up and down...so close that it shouldn't be an issue with shifting, although this is a game of millimeters and one can't absolutely rule out an alignment issue from a single photo. One thing I do notice is that the photo appears to show the upper, jockey wheel doesn't seem to be directly under the cog the chain is on. If this is true, than the system is not properly indexed. The guide pulley (jockey wheel) should run right beneath the the selected cassette cog. The barrel adjuster should be manipulated to get that in position (after appropriate shift tension is demonstrated by shifting successfully from 1 to 2 and 2 to 3). Specifically, here you would loosen (counter clockwise rotation) the barrell adjuster which tightens the inner cable causing the derailleur to move more inside where it will line up underneath the cog the chain is on. Obviously you'll want to make sure that the shifter is at the correct detente correlated to that gear. The limit screws will be set by now, but it's not unheard of to adjust the H or L screw by an ⅛ turn if there is trouble encountered when shifting to the extreme most cogs on each end of cassette.

You need also to evaluate the wear situation of chain and cogs. If the chain is worn (stretched) significantly, it will begin to ride over the teeth of the worn cog. This may be exacerbated by increased tension on the chain when peddling hard. Ghost shifting is also a symptom of wear and/or excess friction in the cable system (many causes). Look also to compatibility issues. The shifter and rear derailleur should be the same brand in most all situations: Shimano with Shimano, SRAM with SRAM. The cable actuation ratios of the 2 manufacturers' rear derailleurs are different and their shifters' cable pull differs because of this. As a result, mixing brands of shifters with the other guy's derailleur causes shifting to be very quirky. Any rear derailleur marketed as a 7, 8, or 9 speed will work with the 7 speed shifter (which I assume you are using) as long as they're the same brand.

Not the answer you're looking for? Browse other questions tagged derailleur-rear shifting derailleur-hanger or ask your own question.