I have a steel frame (Columbus steel, made by Dancelli), and when I put weight on the ends of the handle bar, I hear a creaking noise from the headtube. It might not be the handlebar because I tried applying force on the headtube while holding the top tube and I heard the same creaking noise.

I can't pinpoint where the noise is coming from ... is there a way to find that out and fix it?

With the old style headsets this symptom was generally due to the handlebar slipping slightly inside the reenforcing tube that surrounds the center on most bars. The tube was glued to the bar, and eventually some of the glue would fail, allowing the two to move relative to each other as you rode and the bar flexed. In very rare cases the bar would actually slip within the tube, but in most cases the sound was harmless and would eventually go away -- appearing after a few months of use and then disappearing after a year or two. Tightening the bar clamp usually did not help. Bars without the reenforcing tube, of course, did not exhibit this behavior.

One would also occasionally get creaking of the stem within the steering tube. Also harmless, and usually quieted by slightly tightening the stem bolt.

I've never studied a threadless headset real closely, but presumably, given the number of individual components, there are all sorts of things that can slip slightly relative to each other as things flex.

It is quite hard to locate origin of sound like that. Since sound comes from critical area, where some of the failures might result in loss of teeth or worse, I would suggest through approach.

After eliminating simpler problems like skewers and bolts not tight enough (too much), or bearing issues, I would suggest disassembling whole stem/headset/fork assembly and carefully inspecting it in detail with magnifying glass for dentures, cracks, or anything out of ordinary.

Pull out the stem and remove the bar. Clean the contact surfaces. Grease them with cycle grease and put everything back in place. Don't forget to put grease on the threads of the bolts. Tighten with the required torque.

After disassembling the front assembly, as per Carel's and Davorin Ruševljan's suggestions, I found out that the fork tube (going through the headtube) had a crack in it, which is most probably what was making the creaking noise (see picture below). 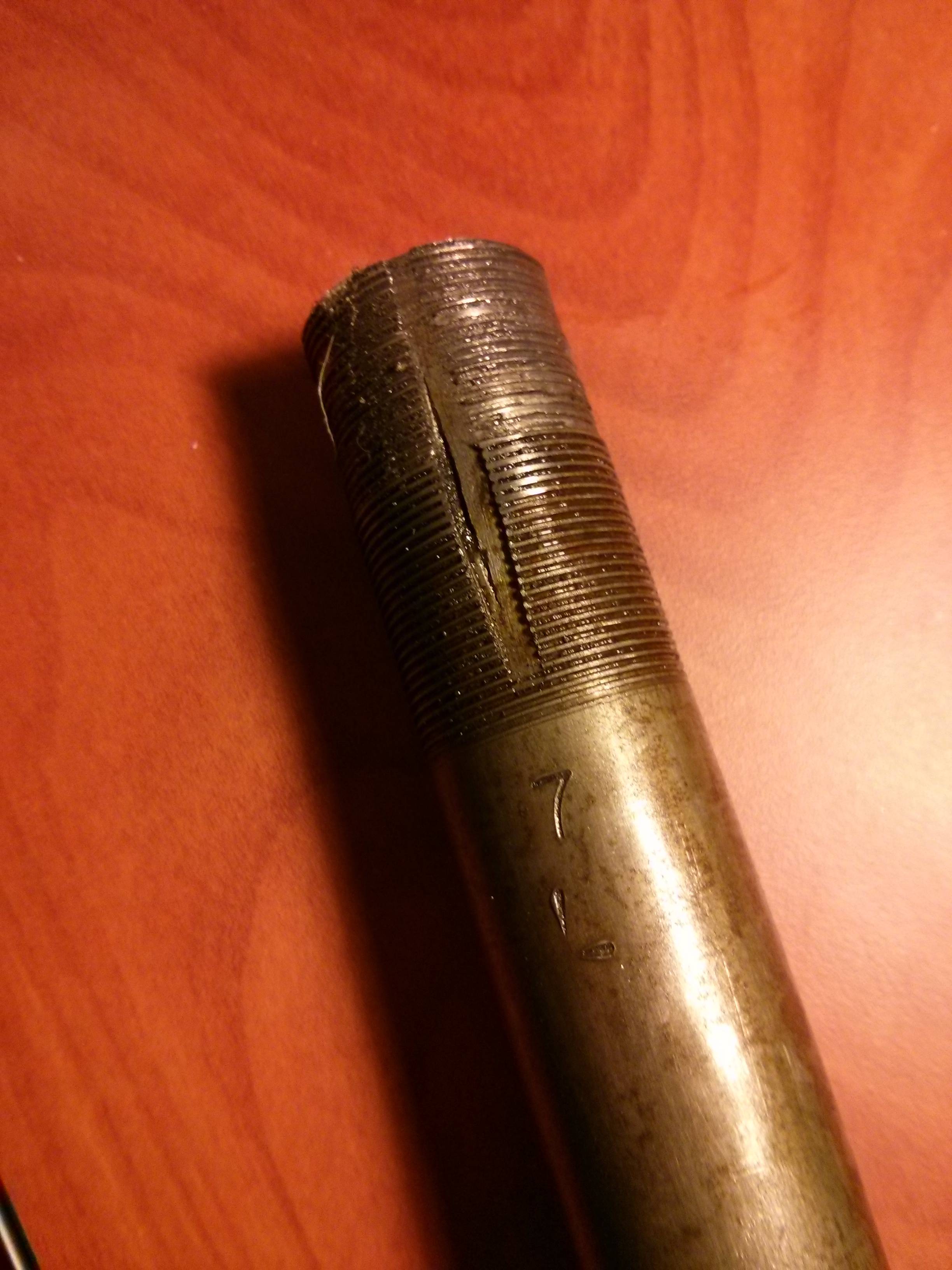 In the past I've eliminated sounds such as creaking and popping up front by correctly torquing the stem and handlebar bolts. I guess the bolts were tightened inconsistently and the cause for the noise.

This guide from Sheldon Brown may be of use. I'd start with checking out the headset to make sure its tightened down appropriately.

Not the answer you're looking for? Browse other questions tagged frames noise steel or ask your own question.

6
Clicking handlebar
2
click noise from chainrings
2
How can I find out what's clicking on my bike?
2
How to identify where a creaking/squeaking sound comes from?
0
Bicycle noise when pedaling
2
Loud cracking/creaking sound only when cycling uphill
1
Bike creaking when pedaling hard
2
Can't figure out the origin of loud screeching noise
3
Bottom bracket noise with Campagnolo Ekar