I've got a bike that hadn't been used in a while until a couple weeks ago, it was in a place where it gets direct sunlight (I'm trying to fix that) and as a result some things like the seat have spoiled.

Anyway, I inflated it just fine and have used it several times since then. About a week ago, another bike's tyre exploded (my guess is sun + overinflation); I spent a while trying to inflate that one to see if I could spot the rip, unsuccesfully and then just lt it be.

Since then, I've been unable to inflate the first bike's tyres due to major resistance (I guess the valve on the pump is not working properly)

Today, I was trying to inflate it before going out when I noticed there are bits peeling or being shaved off the side of the valve and I'm wondering whether this could be dangerous? 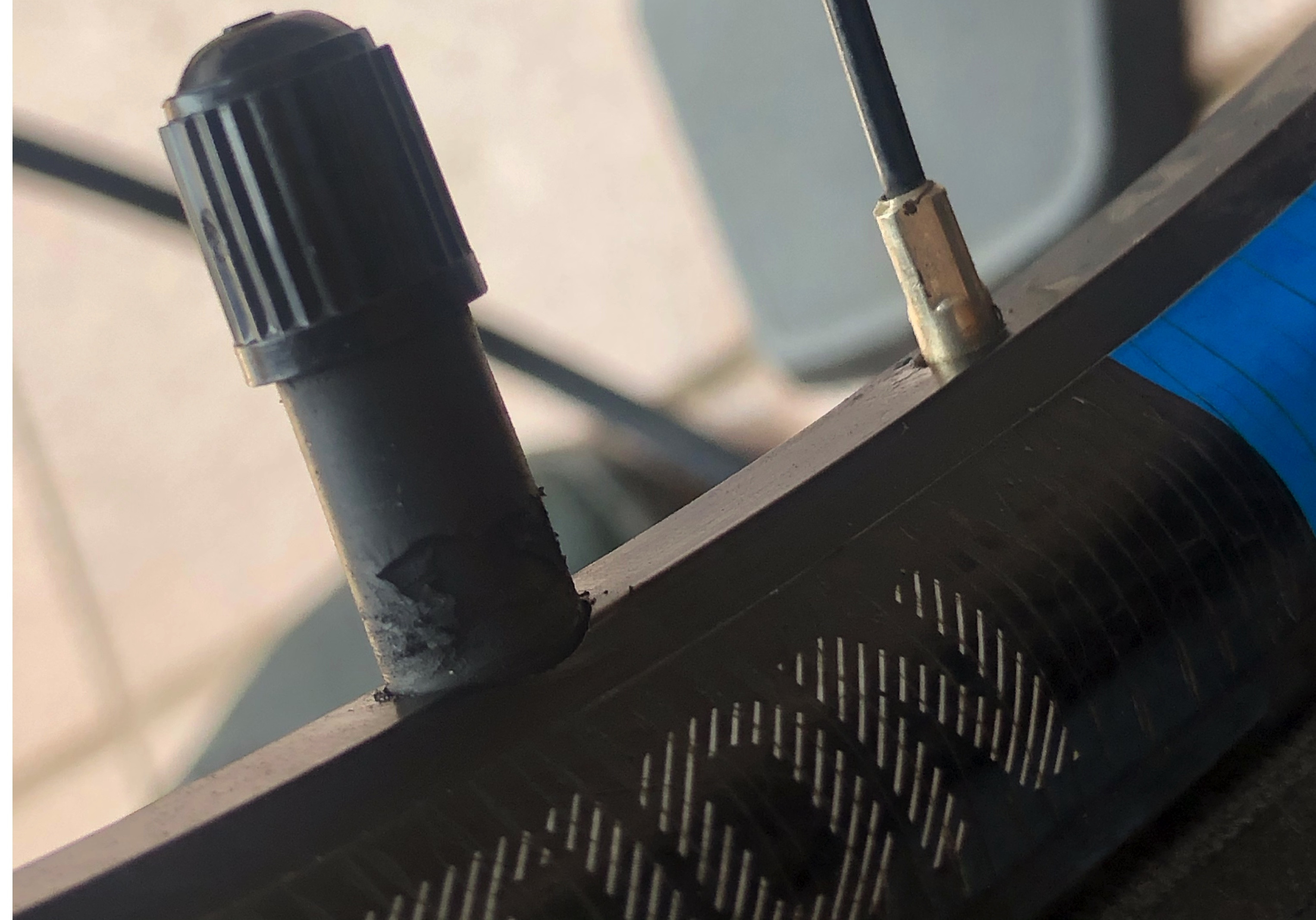 The type of damage shown is often due to under inflation or not centering the valve stem in the hole. When under inflated the tube doesn't exert enough pressure on the tire bead. This allows the tire to spin on the rim. That in turn causes the tube to shift pulling it at an angle and chaffing the valve stem.

It looks to me as though the pump head, the part that attaches to the tube, is damaging the valve stem of the tube. Personally I wouldn't worry much about some minor scuffing and gouging, as shown in your second picture, but when pieces start flaking off, as in your first picture, then I'd replace the tube, because it looks as though the valve stem might fail.

If the valve stem fails then the result will be a "blowout", meaning that there will be a loud bang and then you won't have any pressure. If you're riding at the time then you can do damage to the tire (or tyre if you prefer). In the worst-case scenario, a blowout could result in a crash if you were cornering at the time.

If the pump head is the problem, most bicycle shops will be able to sell you just the replacement head, which is cheaper than an entire new pump.

Not the answer you're looking for? Browse other questions tagged tire damage valves schrader or ask your own question.