Why are endurance bikes so bulky or wide nowadays?

I have been visiting lately some shops checking for a new endurance bike and at the same trying some more "racy" models. For example by Canyon or by Rose. I really like the race models, but they put me in a really low position which I don't think I could make it fit for really long rides without neck pains, so my only choice is going for the endurance model which has a more upright position.

But why are those models not just a more upright geometry? Instead I feel that all those models are "huge" in the sense that they are really wide, the bottom bracket, down tube and head tube are massive, the handlebars seem to also be way wider for the same bike size.

So you have a light bike which weights 8kg but when you look at it looks like it would weight 12kg.

Why are the bikes not made like the race bikes with different angles to sit a little bit more upright?

Second moment of area increases with distance to the power of 4.

This means a tube with a wide diameter and thin walls is much stronger against bending or torsion than a narrow tube with thick walls and the same mass.

It’s especially noticeable in the down tube and bottom bracket area. But this shouldn’t be something you only see on endurance bikes.

What’s different for some endurance bikes is that they have more tire clearance (leading to wider forks and seat/chainstays). Some also have built-in tool compartments or other features which could add width.

Edit: Regarding wall thinness: Of course there are limits for wall thinness. Tubes mustn’t buckle like a beer can, you should be able to sit on the top tube and the tubes in general have to be able to survive some impacts and abuse. Another limit is manufacturing since thin tubes are harder to weld (in case of metals) or layup (in case of carbon). One of the advantages of lower density materials like aluminium and titanium is that you can have wide tubes while keeping relatively thick walls.

I disagree that Endurance bikes look "huge". Taking your example of Canyon, the current model of the endurance has very slender tubes by modern standards. 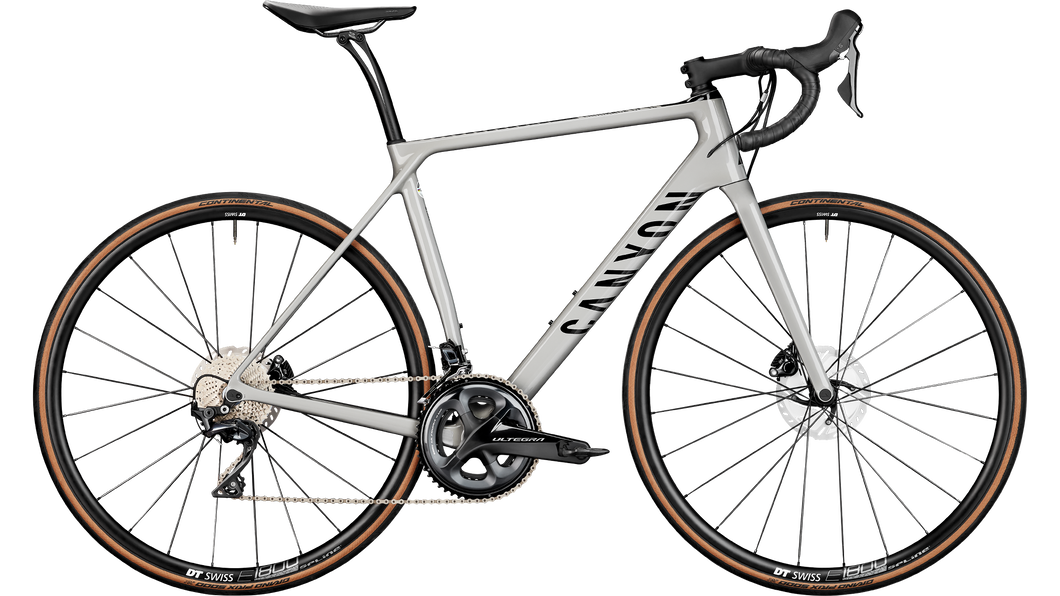 However there are a number of reasons why an endurance bike may be built slightly heavier and wider than an equivalent race bike.

Typically riders of endurance bikes will be looking for features that facilitate longer rides, in more remote locations, over a wider range of surfaces and at lower speeds. These requirements lead to a number of features that may be found on endurance bikes, such as lower gearing, wider tyre clearance, extra bottle mounts, mudguard mounts and extra shock absorbing features.

Not the answer you're looking for? Browse other questions tagged road-bike geometry race endurance or ask your own question.

3
Lower Top Tubes on Road Bikes
6
Why aren't sportive' 'bikes popular outside the UK?
3
Are there geometrical differences between framesets optimised for flats vs drops, other than top tube length?
3
25 degree rise stem vs 6 degree rise stem with taller head tube - how is handling affected?
4
How do carbon fibre road bikes handle rough conditions?
7
Are bikes with aggressive positions required to achieve high fitness levels when training on a bike?
0
Are bikes with sloping top tubes lighter than bikes with horizontal top tubes?
5
Comparing 'upright-ness' across several endurance road bikes
8
Which Type of Bike Would You Select If You Needed To Commute, Ride Fire Roads, and Regular Roads With 1 Bike?
14
Why are all road bike frames now squashed parallelograms?